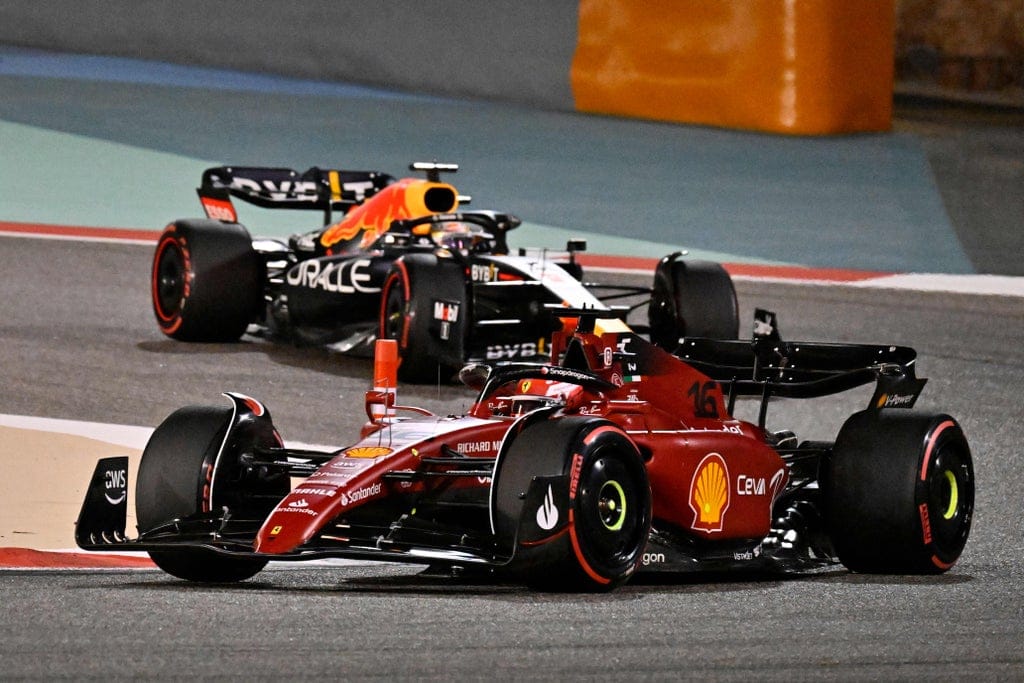 Ross Brawn believes Formula 1 has taken a significant step forward in “race-ability” with its new generation of cars for the 2022 season compared to the “horrible” machinery of the previous era.

At the first race of the new campaign in Bahrain on Sunday, Ferrari’s Charles Leclerc and Red Bull’s Max Verstappen engaged in an enthralling back-and-forth tussle for the lead across two laps which entertained fans and lead plenty to believe that F1’s regulation change is working well already.

For 2022, F1 has returned to so-called ‘ground effect’ car designs for the first time since the 1980s, with complicated floor systems used to suck the cars to the ground giving them more grip and downforce. The regulation change has been devised in order to increase the quality of racing in F1 by allowing drivers to follow one another more closely and race harder, which should in turn improve overtaking.

In the previous era of car design, cars would lose up to 35 percent of downforce when following another in front, and that figure is now believed to be significantly lower thanks to the reintroduction of ground effects. Brawn says that while nobody at F1 is patting themselves on the back just yet, all the indications so far are positive.

“It is a sample based on one, so let’s not get ahead of ourselves,” Brawn said to Autosport about whether the race was proof the regulations are working. “But we have seen no negatives today, which is a great thing.

“I think now once the drivers have been debriefed and the FIA ​​start to look at all the data we can see how we have been able to move. But the old cars were horrible, so we have been able to make that step. I think we have shown that the race-ability of the car has to be a strong consideration going forward.

“It is not just one solution, and we aren’t going to stop. We need to keep this process up and we need to keep working and understanding how we make great racing cars and continue the development in that direction.”

A regulation change in F1 means that there is an opportunity for the established grid order to be shaken up, and Bahrain showed that it has been the case over winter. Ferrari were back to winning ways for the first time since 2019 and took a 1-2 with Charles Leclerc ahead of team-mate Carlos Sainz, while Mercedes are not fast enough to challenge for victories. In the midfield, backmarkers Haas and Alfa Romeo have moved forward and scored their best results in years, while the likes of McLaren and Aston Martin appear to have dropped back.

Brawn, though, isn’t concerned about the big spread of the field at the start of the season, and believes that a new pecking order is an indication that F1 is doing its job properly and that no one team is going to pull away from the rest.

“Obviously new regulations, it looks to me like two or three teams have not got it right. But it wasn’t that bad. As always if we can get two or three teams at the front racing hard, a strong midfield, then I think we should be pleased. And if those cars can race, that’s the key thing.

“You can’t forget the impact the cost cap is going to have, because no-one out there at the minute is going to be able to put another $100 million into their program to solve their problems. So that is going to have a flatter development rate, so nobody is going to pull away. I think a lot of things have come together so we can look forward to having a great year.”

The second race of the 2022 Formula 1 season takes place this Sunday at the Jeddah Corniche Circuit in Saudi Arabia.