Skip to content
Home News Expulsion of Russian ambassador has not been ruled out, Varadkar says 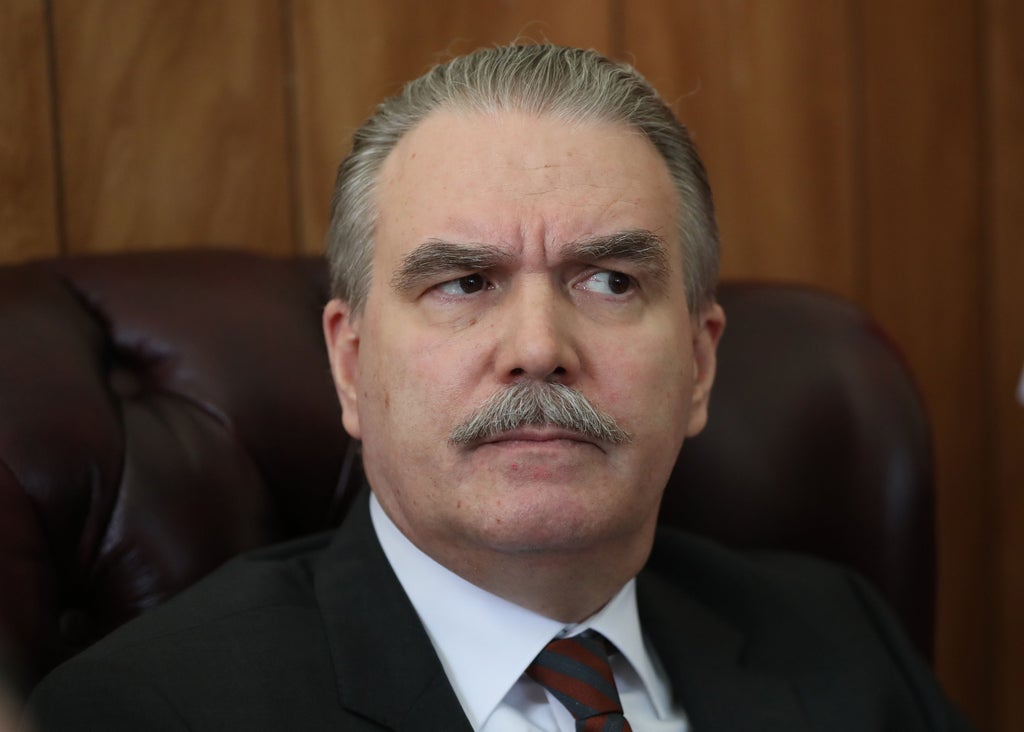 The expulsion of Russia’s ambassador in Ireland has not been ruled out, Leo Varadkar has said.

The country’s deputy premier said the Government is not currently planning to expel Yuri Filatov but it remains an option.

Mr Varadkar suggested that the Government may move imminently to cut the number of Russian staff at the embassy in Dublin from 20 to around three.

The Government is facing growing calls from opposition parties to expel Mr Filatov.

“As is often the case, these things are done on an EU-coordinated level.”

On the number of Russian diplomats in Dublin, Mr Varadkar added: “I think it would be appropriate for us to reduce the diplomatic presence by Russians in Ireland but I think the detail of that has to be left to the Minister of Foreign Affairs (Simon Coveney) and has to be worked out on an EU-wide basis.”

Mr Filatov was asked on Friday about the potential of him being expelled.

“You might ask your Government, it’s up to them. I can leave any time,” he told RTE.

Earlier, Ms McDonald said the Mr Filatov’s expulsion should be included in a range of tougher sanctions on Russia.

“It is clear that significantly strengthened sanctions on Russia are needed,” she said.

“The situation has now reached a point where this must include the expulsion of the Russian ambassador to Ireland.”

Ms McDonald added: “The sanctions announced to date against the Russian Federation and the oligarch elites close to President Putin are having no effect in deterring the invasion of Ukraine. They are simply insufficient to persuade Putin to reverse course.

“Our solidarity with Ukraine must take the form of significantly strengthened sanctions against the regime of President Putin. We need sanctions which can end Russian aggression against Ukraine and force a complete withdrawal of Russian military forces.”

Ms McDonald raised concerns about the movement of Russian money through the financial center of Dublin to Russia, a concern that has been flagged several times in the Irish parliament in recent days.

“The IFSC in Dublin is a significant European center for financial services. The Irish Government therefore needs to take a lead in arguing for rapid and decisive sanctions which freeze the assets of Putin’s financial backers, and which shut off the Russian banking system from the European banking system,” she said.

The Sinn Fein leader said the EU must not take a “wait-and-see approach” to the Russian invasion.

“The EU must act today with sanctions of such scale where there can be no doubt that Putin and his oligarch supporters will pay a huge price for choosing the course of military conflict over dialogue and diplomacy,” she said.

Earlier this week, Mr Varadkar accused Sinn Fein of being “soft” on Russia.

The deputy premier accused the party of being highly critical of a Government decision to expel a Russian diplomat over the nerve agent attack in Salisbury in 2018.