Skip to content
Home News EXPLAINER: Why are Florida waters so dangerous for migrants? 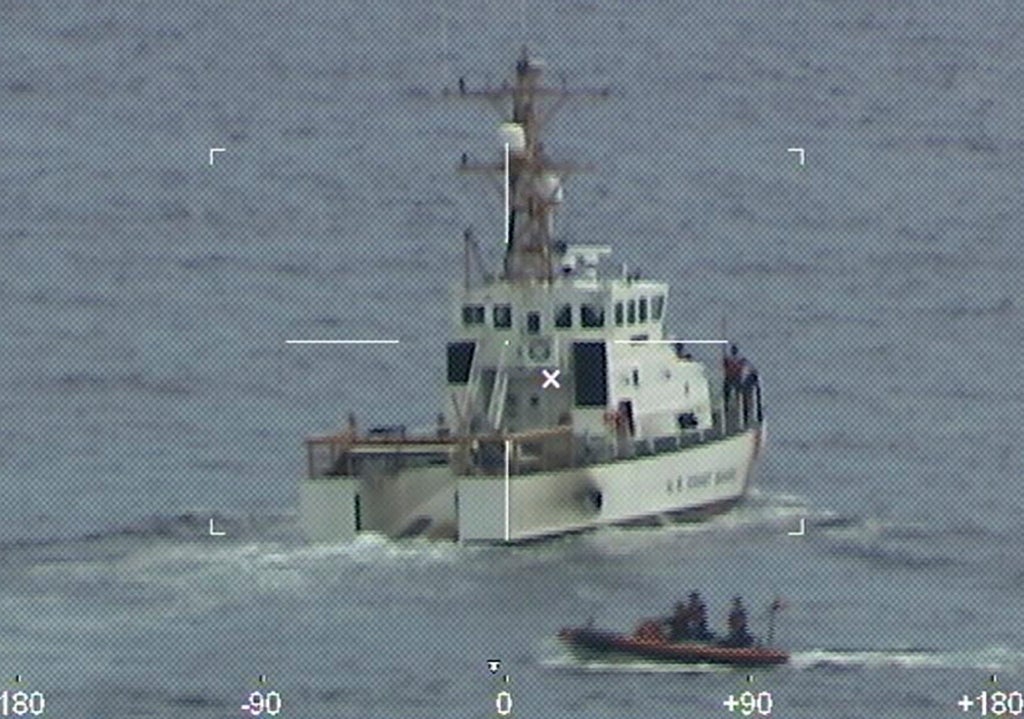 The rough ocean waters around Florida can be treacherous even on a calm, sunny day. Add an overloaded boat, inexperienced sailors, stormy weather, and the dead of night, and they can turn deadly.

The US Coast Guard searched for possible survivors Wednesday after a 25-foot (7-meter) boat was found capsized off the coast of Fort Pierce, Florida, well north of its starting point in Bimini Bahamas. . A good samaritan found a man on top of the capsized ship on Tuesday; the man said he and 39 others had left Bimini three days earlier. The authorities reported that they had found a body, while another 38 people are still missing. Homeland Security Investigations has launched a human smuggling investigation.

Officials say it is extremely difficult to find people who may be floating in the vast waters of the powerful Gulf Stream.

Migrants trying to reach the US by sea “put their lives at incredible risk,” Homeland Security Secretary Alejandro Mayorkas said last summer during a spike in Haitian migration. “There is never the right time to attempt migration by sea.”

WHY ARE THE WATERS SO DANGEROUS?

The current of the Gulf Stream curves around the tip of Florida, flows just off Bimini, Bahamas, where the capsized ship apparently began its journey, and skirts the Florida coast to the north. Any disabled boat will be pushed north by that current if it has no power and no one comes to the rescue. Two 14-year-old boys from Palm Beach County went missing on a stormy fishing trip in 2015; his ship was eventually found near Bermuda. Their bodies were never recovered.

WHAT ABOUT THE SHARKS?

Florida is the shark bite capital of the world. Researchers from the International Shark Attack File said in a new report that Florida has led the US and the rest of the world in unprovoked shark bites for decades, and the trend continued in 2021. and 26 total outside the US None of the Florida bites were recorded as fatal last year.

WHY IS IT SO DIFFICULT TO FIND PEOPLE IN THE OCEAN?

It’s a really big ocean. The Coast Guard said Wednesday it had searched an area the size of New Jersey for survivors of the capsized ship, both by air and sea. A person floating in the ocean is a tiny speck in that huge area. The Coast Guard recommends that people wear life jackets first, but also consider bright colors like orange or purple, and reflective materials, to help rescuers spot them. But the ocean is unforgiving: In October 2015, the 791-foot (241-meter) El Faro freighter with 33 crew members on board sank off the Bahamas during Hurricane Joaquin. No bodies were ever recovered, although one was seen from the air.

WHY ARE MIGRANTS KEEP TRYING?

Cubans have been making the journey from their island to the US by sea since Fidel Castro’s communist takeover in 1959. Many hundreds have died in an effort to escape the communist regime that still rules the island several years later. of Castro’s death. Haitians who leave are fleeing poverty, natural disasters and ineffective governments. Even immigrants from China and elsewhere make the journey. They often pay smugglers thousands of dollars each for the attempt; some are forced to swim the last few laps of the journey to reach their final destination.

“You’re dealing with criminal organizations that have no regard for human life,” said Anthony Salisbury, special agent in charge of Homeland Security Investigations in Miami. “It’s just about money.”

Ernest Hemingway’s novel “Islands in the Stream”, published in 1970 after his death, is based on the writer’s experiences fishing in the Gulf Stream off Bimini. The islands are just a short boat or plane ride from Miami.

Part of the story involves searching for German submarines during World War II, which is something Hemingway actually did aboard his own ship, the Pilar. Bimini, and the Bahamas in general, have long been a staging point for people and drug smugglers. Colombian drug lord Pablo Escobar once even had a landing strip for drug flights elsewhere in the Bahamas.