Skip to content
Home News EXPLAINER: What will be considered at Drew Peterson hearing? 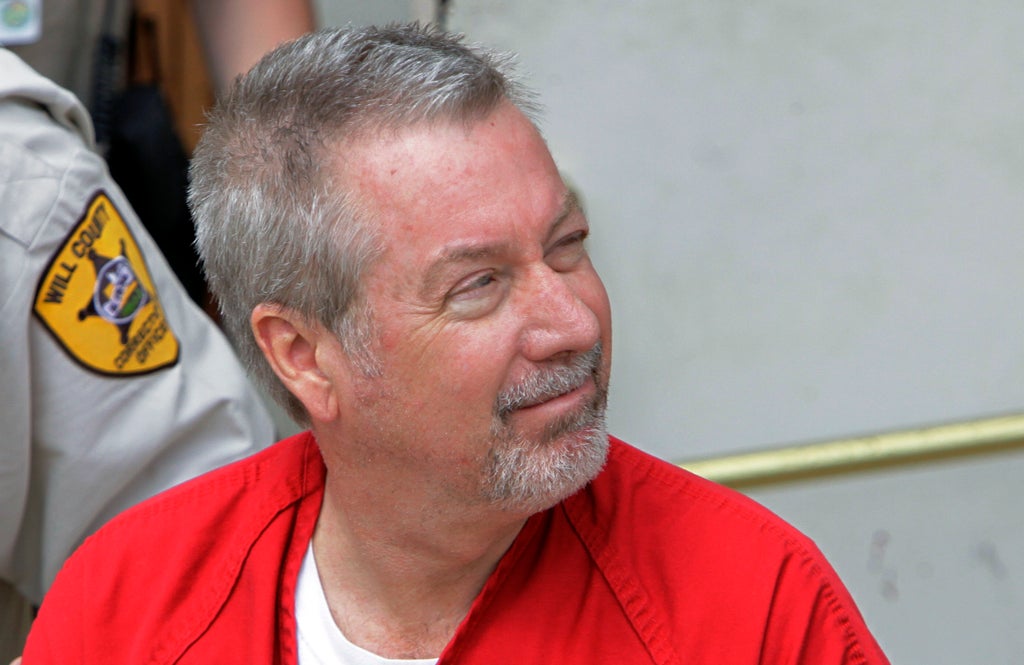 As Drew Peterson’s appeals against his murder conviction repeatedly failed, it seemed the former suburban Chicago police sergeant might fade from the news.

But a decade after a jury convicted him in the slaying of his third wife, Kathleen Savio, Peterson has been given something from the judge who sentenced him to 38 years in prison: Another day in court.

Will County Judge Edward Burmila is scheduled Monday to consider Peterson’s hand-printed motion sent from an Indiana prison to vacate his conviction after determining he had presented a “gist of a constitutional” claim.

WHAT ARE PETERSON’S ARGUMENTS?

Peterson says his attorney, Joel Brodsky, was ineffective. He argues that Brodsky gave bad advice, such as urging him not to testify and threatening to quit if he did. He paints Brodsky as a publicity hound.

He also says Will County State’s Attorney James Glasgow was an overzealous and unethical prosecutor who intimidated witnesses. Peterson also blames Hollywood arguing that a movie starring Rob Lowe portrayed him in a “very negative light” in the eyes of the jury.

Finally, Peterson says he was the victim of hearsay evidence that should never have been presented to jurors. Peterson was the first criminal defendant in Illinois history to be tried after Glasgow helped push through a law dubbed “Drew’s Law.” It allowed Savio and Peterson’s fourth wife, Stacy, who disappeared in 2007, to “speak from their graves” via people who testified that both women told them things that implicated Peterson in the killing.

COULD ANY OF IT HELP PETERSON?

Much of what Peterson argues has already been shot down by judges and courts.

They have dispatched the argument that Brodsky was ineffective. And the Illinois Supreme Court ruled that the use of hearsay testimony by Savio and Stacy Peterson — whom Drew Peterson is suspected of killing though he has not been charged in her death de ella — did not violate his constitutional right to confront his accusers. The court found there was evidence that Peterson killed them to prevent their testimony.

Attorneys say that means Peterson must have something new to say.

“Anything he’s already raised, he can’t raise that post-conviction unless he’s found something new or there is something he didn’t know or couldn’t have known before,” said Terry Ekl, a prominent Chicago-area defense attorney who is not involved in the case.

Legal experts and one former member of Peterson’s legal team said the argument that Glasgow intimidated witnesses is new and if evidence shows it happened — something Glasgow’s office denies — it might help the former Bolingbrook police sergeant. But attorney Joe Lopez, who was on the legal team, said Peterson will have to produce evidence.

While the US Supreme Court has refused to hear Peterson’s appeal once, Phil Turner, a former federal prosecutor who isn’t involved with the case, said there’s a chance the high court might want to hear his arguments concerning the prosecutor.

“That issue has some substance,” Turner said. “If they frame that right, they might have a shot.”

When Burmila agreed to hear more from Peterson, he appointed an attorney and an investigator from the local public defender’s office to assist him. The attorney could ask for more time to investigate when the case returns to court Monday — a request that Lopez and Ekl expect the judge to grant.

Burmila could then agree to an evidentiary hearing, meaning people who Peterson contends were threatened or Glasgow himself could take the witness stand, Ekl said.

Brodsky and Peterson could also be called to testify, which might be problematic for Peterson. Brodksy would almost certainly be asked if he threatened to quit the case if Peterson testified at trial. Brodsky was careful with his words from him when he told The Associated Press that he would be forced to explain why he did not want Peterson to testify.

“Does Drew really want to do that?” he asked.

Peterson would also be confronted with his own statement to Burmila at trial that the decision not to testify was his. Ekl suggested that Peterson, a veteran police officer, would have a tough time selling that argument.

He could also be confronted with his own actions. If Brodsky wanted publicity, so it appeared, did Peterson. Through all the publicity stunts, beginning with a “Win ​​a Date with Drew” contest the two floated, Peterson seemed like a willing and even gleeful participant.

Such appeals are long shots. Besides, Peterson provided no proof in his motion for him, which he wrote by himself from prison.

Even if he’s successful, there is this: A few years after Peterson was convicted of murder he was found guilty of plotting to kill Glasgow. The sentence in that case was 40 years in prison — two more than he got for killing his ex-wife from him — to begin on the completion of his current sentence.

See also  "People are afraid, they hope there will be no war"

British Book Awards 2022: Marcus Rashford wins the top prize, plus the other winners