Skip to content
Home News EXPLAINER: Ukraine not joining NATO so why does Putin worry? 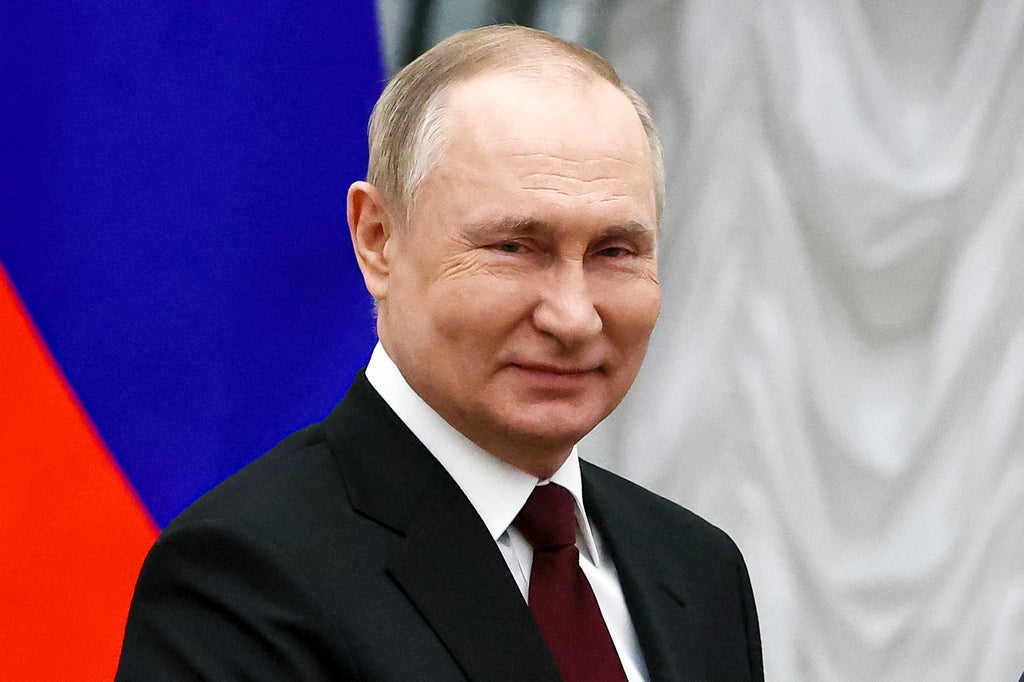 At the core of the Ukraine crisis is a puzzle: Why would Russian President Vladimir Putin push Europe to the brink of war to demand the West not do something that it has no plan to do anyway?

Russia says NATO, the American-led alliance that has on its hands the biggest European crisis in decades, must never offer membership to Ukraine, which gained independence as the Soviet Union broke apart about 30 years ago. Ukraine has long aspired to join NATO, but the alliance is not about to offer an invitation, due in part to Ukraine’s official corruption, shortcomings in its defense establishment, and its lack of control over its international borders.

Putin’s demands go beyond the question of Ukraine’s association with NATO, but that link is central to his complaint that the West has pushed him to the limits of his patience by edging closer to Russian borders. He asserts that NATO expansion years ago has enhanced its security at the expense of Russia’s.

The Russians demand a legal guarantee that Ukraine be denied NATO membership, knowing that NATO as a matter of principle has never excluded potential membership for any European country — even Russia — but has no plan to start Ukraine down the road toward membership in the foreseeable future . The principle cited by NATO is that all nations should be free to choose whom they align with.

Why, then, is Moscow making an issue of Ukraine’s relationship with NATO now? The answer is complicated.

WHY IS PUTIN WORRIED ABOUT UKRAINE JOINING NATO?

See also  The IBEX loses 3.7% in a fall in European stock markets due to the crisis in Ukraine

The stated reason is that a further eastward expansion of NATO would pose a security threat to Russia. Washington and its allies deny this is a valid worry, since no NATO country is threatening to use force against Russia.

More broadly, Putin wants NATO to pull back its existing military presence in Eastern Europe which includes a regularly rotating series of exercises in Lithuania, Latvia and Estonia, all former Soviet states. There are no US troops based permanently in those three Baltic countries; currently there are about 100 serving a rotational tour in Lithuania and about 60 in Estonia and Latvia combined, the Pentagon says.

Putin also opposes NATO’s missile defense presence in Romania, a former Soviet satellite state, and a similar base under development in Poland, saying they could be converted to offensive weapons capable of threatening Russia. President Joe Biden this week approved sending an additional 2,700 American troops to Eastern Europe — 1,700 to Poland and 1,000 to Romania — plus 300 to Germany.

Ukraine has deep historical and cultural ties to Russia, and Putin has repeatedly asserted that Russians and Ukrainians are “one people.” He has said that large chunks of Ukrainian territory are historical parts of Russia that were arbitrarily granted to Ukraine by communist leaders under the Soviet Union.

Putin recently described his Ukraine concern more specifically. He sketched out a scenario in which Ukraine might use military force to reclaim the Crimean Peninsula, which Russia seized from Ukraine in 2014, or to recapture areas in eastern Ukraine that are now effectively controlled by Russian-backed separatists.

“Imagine that Ukraine becomes a NATO member and launches those military operations,” Putin said. “Should we fight NATO then? Has anyone thought about it?

Indeed, some in NATO have thought about the prospect of an expanded war with Russia inside Ukraine. It is a reminder of what NATO membership means — an attack on one is an attack on all, which in the theoretical case of Ukraine being attacked by Russia would mean a legal commitment by every NATO member to come to its defense.

WHAT ARE UKRAINE’S PROSPECTS FOR JOINING NATO?

The prospects are extremely unlikely for the foreseeable future.

Although Ukraine has no membership offer from NATO, it has drawn closer to the alliance over time, starting with the establishment in 1997 of a NATO-Ukraine Charter to further develop cooperation.

NATO heads of government did publicly declare in 2008 that Ukraine, and its fellow former Soviet republic Georgia, “will become members of NATO.” They did not say when or how, but the statement could be seen as explaining Moscow’s concern that Kyiv will eventually join the alliance.

On the other hand, the US and other NATO leaders who signed the 2008 statement about Ukraine and Georgia decided against giving them what is known as a Membership Action Plan — a pathway to eventual membership. Germany and France strongly opposed moving Ukraine toward membership and the broader view within NATO was that Ukraine would have to complete far-reaching government reforms before becoming a candidate for membership.

This seeming contradiction has never been resolved, which means that while NATO’s door is open, Ukraine won’t fit through anytime soon.

HOW IS PUTIN PRESSURING UKRAINE?

Moscow says it has no intention of invading Ukraine, yet over the past several months it has assembled a robust array of combat forces along Ukraine’s borders and has implied it will take action of some kind if its demands of Washington and NATO are not met. The Biden administration says Russia is now capable of a wide range of actions, including a full-scale invasion to capture Kyiv.

Putin says NATO has gone too far not only by providing Ukraine with weaponry and military training but also by stationing forces in other Eastern European countries that compromise Russian security.

It’s also true that increases over the past decade in the US and NATO military presence in Eastern Europe were triggered by Russia’s annexation of the Crimean Peninsula and its incursion into eastern Ukraine in 2014. Those Russian actions prompted NATO to redouble its focus on collective security. In September 2014, NATO leaders established a new rapid-response force capable of deploying within days, and they reaffirmed pledges to increase their defense spending.