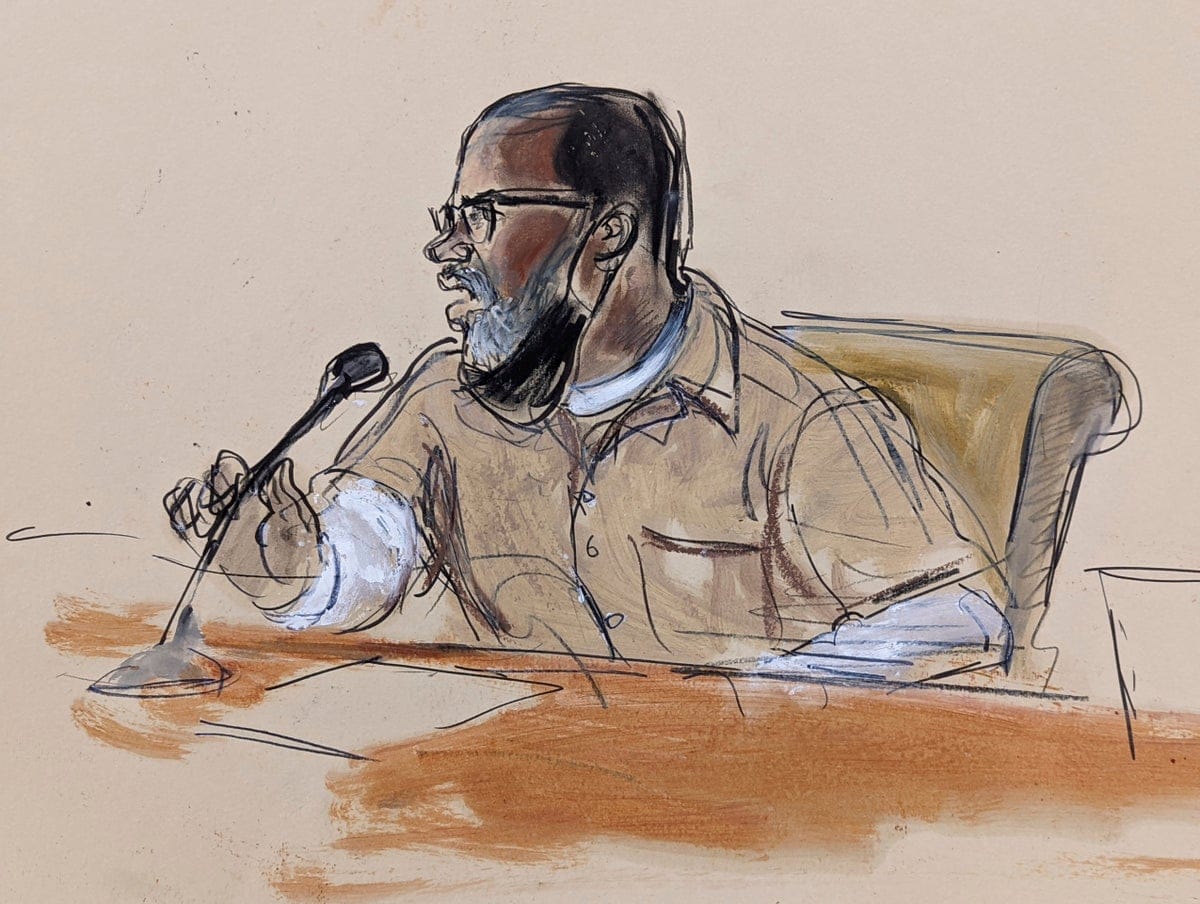 R. Kelly could be in his 80s before the singer is free again, based on a 30-year prison term imposed this week by a New York federal judge for parlaying his fame to sexually abuse young fans, including some who were children.

And if the 55-year-old loses at three related trials in coming months, he could be staring at decades more behind bars. That prospect, said one of his lawyers of him not involved in the New York trial, could lead Kelly to pursue a plea deal.

Here’s a look at the potential impact of Kelly’s lengthy prison term in New York on those other cases:

WHAT IS THE STATUS OF THE CASES?

A federal trial in Chicago is slated to begin next, on Aug. 15. Chicago is Kelly’s hometown and where many of his accusers live, so interest is expected to be especially intense. Kelly faces charges that he and two co-defendants fixed his state child pornography trial in 2008, when he was acquitted.

The two other cases are state cases: a multiple count sex-abuse case in Cook County, Illinois, where Chicago is located, and a solicitation case in Hennepin County, Minnesota. Both have been on back burners while the federal cases play out. No trial dates are set for either.

WHAT ARE THE CHANCES KELLY PURSUES A PLEA DEAL?

The chances are greater after the sentence handed down in New York, said Steve Greenberg, a longtime Kelly lawyer who represents Kelly in the Cook County case.

“I suspect there have been discussions” between Kelly’s federal trial-team lawyers and prosecutors, Greenberg said.

A message seeking comment from Kelly’s lead attorney in his federal cases, Jennifer Bonjean, was not immediately returned. She said earlier that Kelly would appeal his New York convictions of him.

Kelly must weigh the likelihood of winning the Chicago federal case against agreeing to a deal that includes more prison time, Greenberg said.

But Greenberg believes the cases against Kelly in Cook County and in Minnesota are far weaker and that Kelly could secure acquittals in those state courts.

WOULD ANOTHER SENTENCE BE ADDED TO THE NEW YORK SENTENCE?

If Kelly is convicted in US District Court in Chicago, his judge could order that Kelly serve that sentence after his New York sentence is complete, said Phil Turner, a former federal prosecutor in Chicago with no tie to Kelly’s cases.

Turner said he expected prosecutors would ask for such a consecutive sentence but that a judge would most likely impose a concurrent sentence — meaning they would be served simultaneously.

WOULD PROSECUTORS BE OPEN TO A PLEA DEAL?

They could be, if Kelly agrees to take responsibility for the crimes charged.

Kelly’s attorneys likely would not agree to anything that involves the possibility of extending the 30-year sentence and would only sign a deal that foresees sentences lower than 30 years. They would also want assurances prosecutors won’t press for consecutive sentences.

Turner said the advantage to Kelly of a deal ending the prospect of more trials is that his attorneys would be able to turn their full attention to the New York appeal.

Greenberg said there was reason to think Kelly could prevail with that appeal. Turner said it was a long shot. But if that sentence is thrown out, Turner said Kelly would be looking at completing what his lawyers would hope are lower sentences in the other districts.

See also  Will Smith: Read the Best Actor winner's speech in full as he apologises over Chris Rock altercation

COULD PROSECUTORS DECIDE TO SIMPLY DROP THE OTHER CASES?

Chances of that seem slim.

Turner said the typical mindset in US attorney’s offices is to remain persistent and aggressive. That attitude has been particularly pronounced when it comes to Kelly.

US attorney’s offices also effectively have unlimited resources, so the costs and time needed for a trial won’t dissuade them, I added.

Turner thought it was more likely that the state cases could be dropped, especially if Kelly is convicted in federal court in Chicago and receives additional prison time.

“Their resources are much more limited. They would be spending money they don’t have,” he said. “They have murders and serious crimes to prosecute. They may ask, ‘Why spend (money and time) on Kelly when he is already facing decades behind bars.’”

WHAT ELSE COULD DRIVE DECISIONS TO PUSH AHEAD WITH OTHER TRIALS?

Prosecutors in the different districts may all see winning convictions and sentences as insurance that Kelly would stay behind bars — even if an appeals court ends up tossing some convictions.

IS THERE ANY REASON FOR KELLY TO PLEAD GUILTY WITH NO DEAL?

Pleading guilty to the remaining charges would mean no more trials. It would lower Kelly’s legal bills, which at times he has struggled to pay.

But Kelly would have no assurance that prosecutors would not seek the toughest possible sentences.

Still, he could hold out hope that, by pleading guilty and accepting responsibility, judges would be more inclined to hand him sentences on the lower end of the guidelines.