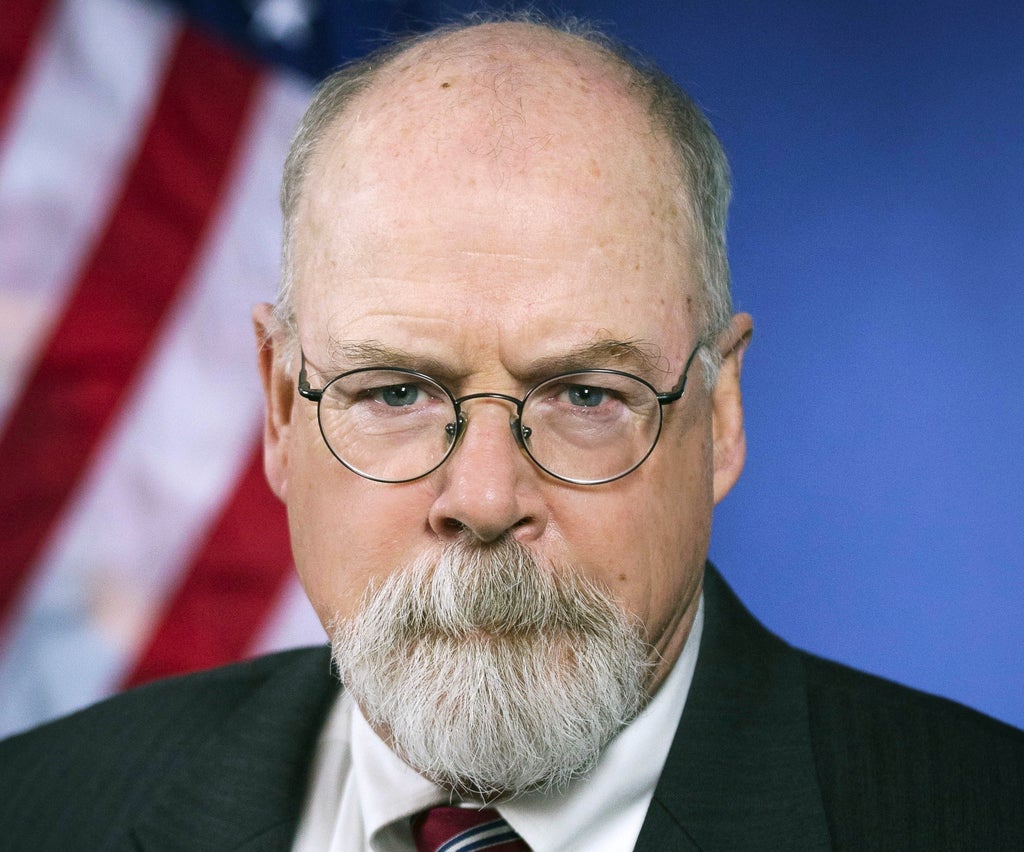 The latest filing from special counsel John Durham in his investigation into the origins of the Trump-Russia probe has been seized on by the conservative media and Donald Trump himself as vindication of the former president’s oft-repeated claims that he was “spied” on.

One headline said Durham had alleged that the campaign of Hillary Clinton paid to “infiltrate” servers at Trump Tower and the White House — though that verb is not used in the filing — and Trump suggested that Democrats had been caught “illegally spying” in a scandal worse than Watergate.

Neither claim is exactly what Durham alleged in a weekend filing that was ostensibly about a potential legal conflict-of-interest in the case. The filing detoured into the realm of internet traffic research and generated significant attention among followers of Durham’s probe.

A look at what happened:

WHAT’S THE BACKSTORY OF THE FILING?

Durham, the former US attorney in Connecticut, was appointed in 2019 by then-Attorney General William Barr to investigate possible misconduct within the US government as it investigated Russian interference in the 2016 presidential election and any ties to the Trump campaign.

One of the three people he’s charged is Michael Sussmann, a prominent cybersecurity lawyer who represented the Clinton campaign during the 2016 election. In September of that year, he met with the FBI to relay concerns from cybersecurity researchers about a possible digital backchannel between servers of the Trump Organization and of Russia-based Alfa Bank — a tantalizing claim that, if true, could have signaled contact between the Trump orbit and Russia at a time when the FBI was already trying to determine if there was such a connection.

The FBI investigated but found those concerns unfounded. Durham last year charged Sussmann with lying to the FBI during that 2016 meeting by saying that he wasn’t sharing the Alfa Bank concerns on behalf of any particular client when actually, prosecutors allege, he was doing so as an attorney for the Clinton campaign. Sussmann’s lawyers have vigorously denied that he lied.

On Friday night, Durham’s team submitted a filing raising the prospect of a conflict of interest because the law firm representing Sussmann has had other clients in the Durham probe. Sussmann’s lawyers responded Monday night by saying he would waive any potential conflict.

But they also struck back over the Durham team’s inclusion in the filing of allegations they said were false and “intended to further politicize this case, inflame media coverage, and taint the jury pool.” They said it was part of a pattern beginning with the September indication of Sussmann.

WHY DID DURHAM’S CLAIMS CREATE SUCH A BUZZ?

Mostly because of a single paragraph.

In it, Durham says Sussman in February 2017 presented officials at a US government agency — the CIA — with information that Sussmann said showed that “Trump and/or his associates were supposedly using rare, Russian-made wireless phones in the vicinity of the White House and other locations.” The Durham team said it has identified no support for those allegations.

The court filing says Sussmann received the information from a technology executive he worked with whose company, according to Durham, helped maintain servers for the White House.

The executive, Rodney Joffe, listed the help of computer researchers who were already analyzing large amounts of internet data through a federal government cybersecurity research contract, Durham says. The researchers, according to the filing, exploited internet traffic at locations including Trump Tower, Trump’s Central Park apartment building and the Executive Office of the President, or EOP, and were asked by Joffe to establish an “inference” tying Trump to Russia.

The researchers were not “spying” on the Trump campaign in 2016 but were instead working at the request of federal officials to investigate Russian malware attacks that had targeted the US government and the White House, said Jody Westby, a lawyer for one of the research scientists involved, David Dagon of the Georgia Institute of Technology. The US was on high alert after the hacking of Democratic National Committee emails by Russian operatives.

A spokesman for Joffe said in a statement sent to reporters that Joffe is an “apolitical internet security expert” who has never worked for a political party and who legally provided access to internet traffic data.

Durham’s filing says the researchers mined the EOP’s Internet traffic to gather derogatory information about Trump, though the work was done at a time when Barack Obama — not Trump — was president.

“They were simply doing … research of Russian attacks against US entities, including the federal government,” Westby said, adding, “The motion is unfortunate because it offers a lot of confusing information that is not factually accurate.”

WHAT ELSE IS DURHAM INVESTIGATING?

Durham and his team have cast a broad net in their investigation, interviewing former officials at the FBI, the Justice Department and the CIA.

Trump has fueled high expectations that the investigation would uncover significant malfeasance and undermine the core conclusions of special counsel Robert Mueller’s Russia probe — that Trump associates embraced help from the Kremlin during the 2016 election, although they did not criminally conspire with Russia to tip the outcome. of the race.

The Durham probe has so far produced just three criminal charges that have not undone Mueller’s findings but have focused on significant problems related to early aspects of the Russia investigation, including a so-called dossier of Democratic-funded research into Trump’s ties to Russia and flawed warrants to conduct secret surveillance of Carter Page, a former Trump campaign aide. Those prongs of the investigation took place well before Mueller’s May 2017 appointment.

Besides Sussmann, he has charged Kevin Clinesmith, a former FBI lawyer who pleaded guilty in 2020 to doctoring an email related to the surveillance of Page; and Igor Danchenko, a Russian-American analyst who fed information to former British spy Christopher Steele, who was paid by Democrats to investigate ties between Trump and Russia and whose research formed the basis of the dossier. Danchenko is accused of lying to the FBI about his sources of information about him.