Skip to content
Home News Explainer: How big is Ukraine’s air force and what weapons do they have to fight Russia 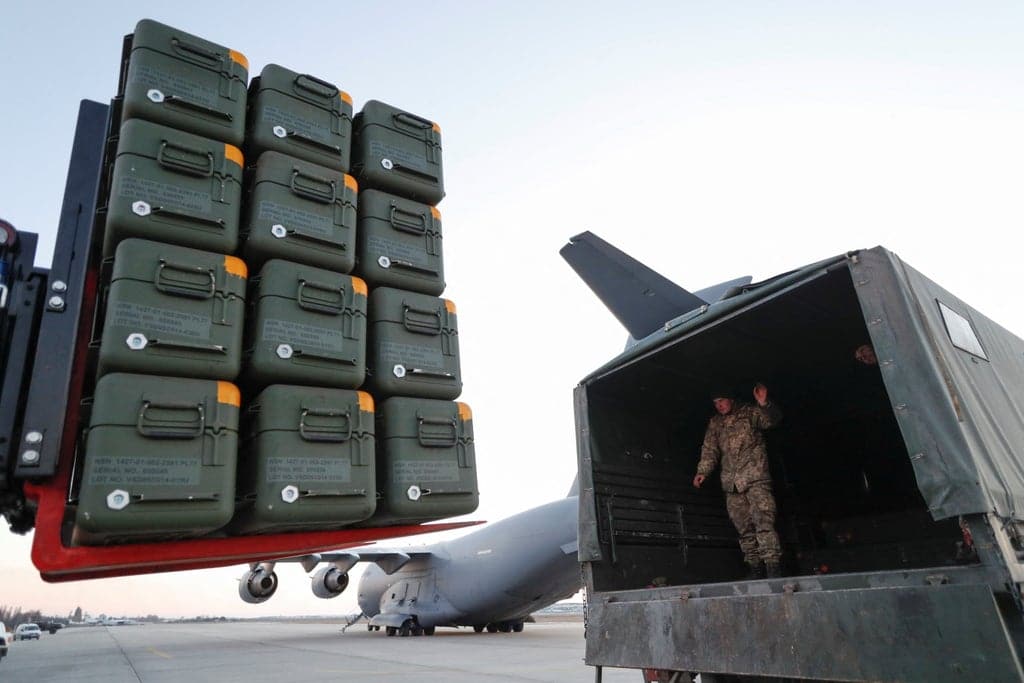 Russia is continuing to advance in Ukraine with devastating airstrikes reported in Kyiv and the north-east city of Kharkiv.

As the Russian invasion entered its sixth day, US senator Chris Murphy said Putin’s troops are preparing for a “long and bloody” siege of the Ukrainian capital, while Boris Johnson said Vladimir Putin is engaging in “barbaric and indiscriminate” tactics to target civilians in Ukraine.

It comes as more than 70 Ukrainian servicemen were killed by a Russian rocket attack and dozens of civilians have died in “barbaric” shelling, Ukrainian authorities said on Tuesday, as a huge Russian military convoy approached the capital Kyiv.

To support Ukraine’s aerial defense against Russian attack, the European Union security chief Josep Borrell confirmed that 70 combat aircraft would be donated from multiple countries and stationed on airfields in Poland.

Follow the latest Ukraine updates in our live blog

“If necessary, they can be stationed on Polish airfields, from which Ukrainian pilots will perform combat missions,” the press service of the Ukrainian Navy said.

However, Nato head said the alliance would not send combat jets, troops or enforce a no-fly zone over Ukraine to support Kyiv as it does not want to be part of the conflict.

Although Russia’s military is significantly larger than Ukraine’s in every area, President Zelensky’s forces still pose a threat and at the very least can mount a defense against Russia’s ongoing invasion as the world has been seen in the last six days.

How big is Ukraine’s Air Force?

These consist of Soviet-made MiG-29s and three types of Sukhoi jets.

However, Russia has a significantly larger military airforce with active aircraft totaling 3,863 according to Flight International’s database, with almost 15 times more combat planes than Ukraine.

Despite its smaller arsenal, Ukraine’s ministry of defense have reported that as of 1 March it has downed 29 Russian aircraft, 29 helicopters and 7 air defense units.

How big is Russia’s army?

Since 2014-15, Ukraine has tripled its defense budget in an attempt to improve its military and also comply with standards demanded to join Nato as an entry requirement.

The increased investment has helped Ukraine’s army measure to Russia. It currently has 125,600 soldiers compared to Russia’s 280,000.

However, in terms of total military personnel, Russia trumps the smaller Ukraine with 900,000 active compared to Ukraine’s 196,600.

Ukraine also has 900,000 reserve personnel – those who have received military training in the last five years – compared with Russia’s two million.

They have more than three times the amount of artillery, six times the number of tanks, and almost seven times more armored vehicles than the Ukrainians.

Military analysts say Ukraine’s anti-aircraft and anti-missile defenses are weak, leaving it highly vulnerable to Russian strikes on its critical infrastructure. They say Russia would also seek to use its superiority in electronic warfare to paralyze its adversary’s command and control and cut off communications with units in the field.

What weapons does Ukraine have?

Several western nations have come to the aid of Ukraine to bolster its military defenses.

Here’s a list of some of the weapons Ukraine has currently and what they do:

What are they for: The anti-tank missiles use infrared systems to lock their targets meaning troops don’t need to aim.

The missile is capable of flying up to 490ft into the air before connecting with a target.

What are they for: This weapon is another anti-tank missile, of which the UK has donated 2,000 units to Ukraine.

It’s capable of flying at speeds of 440 miles per hour using an inertial navigation system to fly to a target vehicle.

What are they for: Latvia and Lithuania have donated stinger missiles which is a Man-Portable-Air-Defense System (MANPADS) that uses infrared homing technology to search and flying strike targets.

It’s been used by Ukrainian forces to bring down Russian aircraft.

It is capable of carrying out aerial strikes against tanks and bunkers, with a maximum altitude of five miles to avoid enemy machine guns.

The drone can also navigate even if it loses GPS signal, however, it’s unclear whether they’ve been used in Ukraine yet.