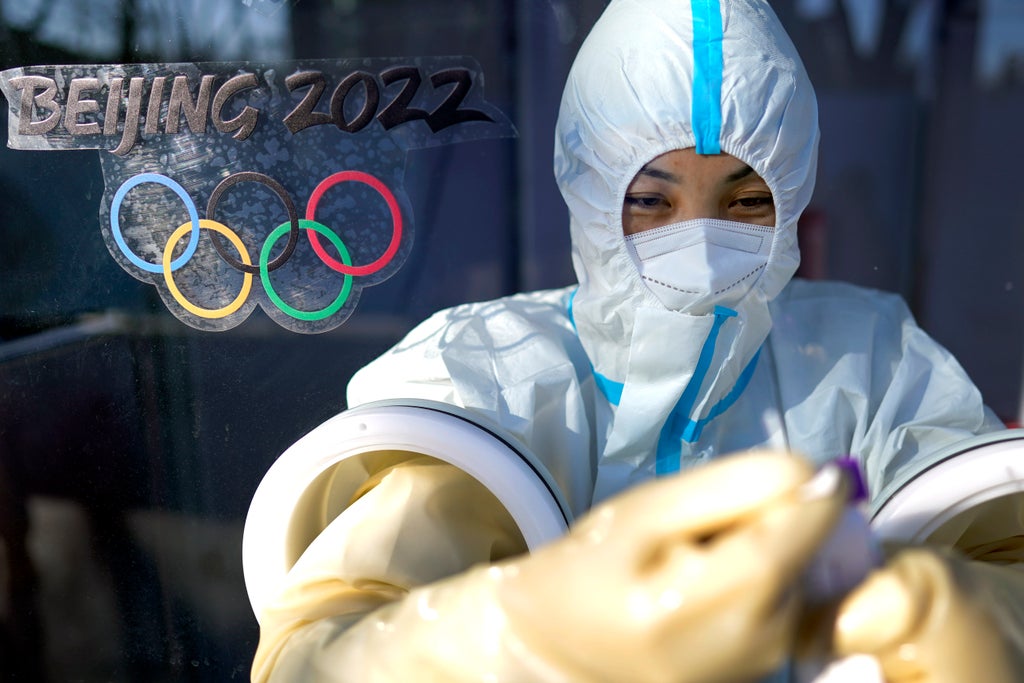 Halfway through the world’s second pandemic Olympics, lots have happened. We have a doping scandal out of Russia an American skier who faltered unexpectedly, and a lot of people in full protective medical gear managing — perhaps against the odds — to keep COVID contained through the Games’ first week.

What are the most noteworthy things to think about so far? Here, AP’s interim global sports editor, Howie Rumberg, breaks it down.

WHAT STANDS OUT TO YOU THE MOST?

Despite all the restrictions and COVID protocols and a general lack of that Olympic spirit that engulfs a host city during the Games, the athletes are still enthralling. Nathan Chen’s short program, Eileen Gu’s third run at big air, Ayumu Hirano soaring out of the halfpipe and Shaun White’s elegant exit from snowboarding come immediately to mind. On the other end of the spectrum, the Russian doping case is heartbreaking. Kamila Valieva is just 15 years old.

HOW SIGNIFICANT IS THE RUSSIAN DOPING SITUATION?

Look and. Not only has it ensnared the heavy favorite for gold in the marquee event of the Games, women’s figure skating, it involves, once again, Russia, which isn’t even technically here because of sanctions imposed after being caught running a massive state-sponsored doping program at the 2014 Sochi Olympics. It’s to be seen if the IOC and the World Anti-Doping Agency try to extend Russia’s mostly toothless ban from international competition for two years. Russian athletes compete under the name Russian Olympic Committee, but they still wear the Russian red and most fans couldn’t tell the difference.

Also, what makes this potentially more significant is that the United States could pursue prosecution of Valieva’s team — for example, Russian coaches, doctors or trainers — under the Rodchenkov Anti-Doping Act, passed by Congress in 2020. Under the law named for Grigory Rodchenkov, the head of the Russian anti-doping lab in Moscow during the Sochi Games who became a whistleblower, US prosecutors can go after doping schemes at international events in which Americans are involved as athletes, sponsors or broadcasters.

HAVE COVID RESTRICTIONS MADE THESE GAMES VERY DIFFERENT? ARE THEY EVEN DIFFERENT FROM TOKYO LAST SUMMER?

The severity of the COVID restrictions and the “closed-loop” system all Olympics stakeholders are living under make these Winter Games very different, even from last summer’s Tokyo Games, the first pandemic Olympics. Other than the athletic achievements — not to be diminished — this doesn’t feel much like an Olympics. In Tokyo, there at least seemed to be a lot of local interest, and we were only limited in our movements for the first 14 days in Japan. Also, being fenced in to this extent is completely demoralizing.It feels oddly like an in-between: We are in Beijing but at the same time we are not.

WHAT’S LEFT FOR US TO WATCH OUT FOR THIS COMING WEEK?

There is plenty of action left at the Olympics. In addition to the women’s figure skating, Eileen Gu has two more events in freestyle skiing, the snowboard big air competition with the industrial setting as a backdrop and a potential gold-medal US-Canada rematch in women’s hockey. There’s also curling gold to decide. Bobsledding and speedskating, too. ___