Skip to content
Home News EXPLAINER: Competing for ‘another’ country is nothing new 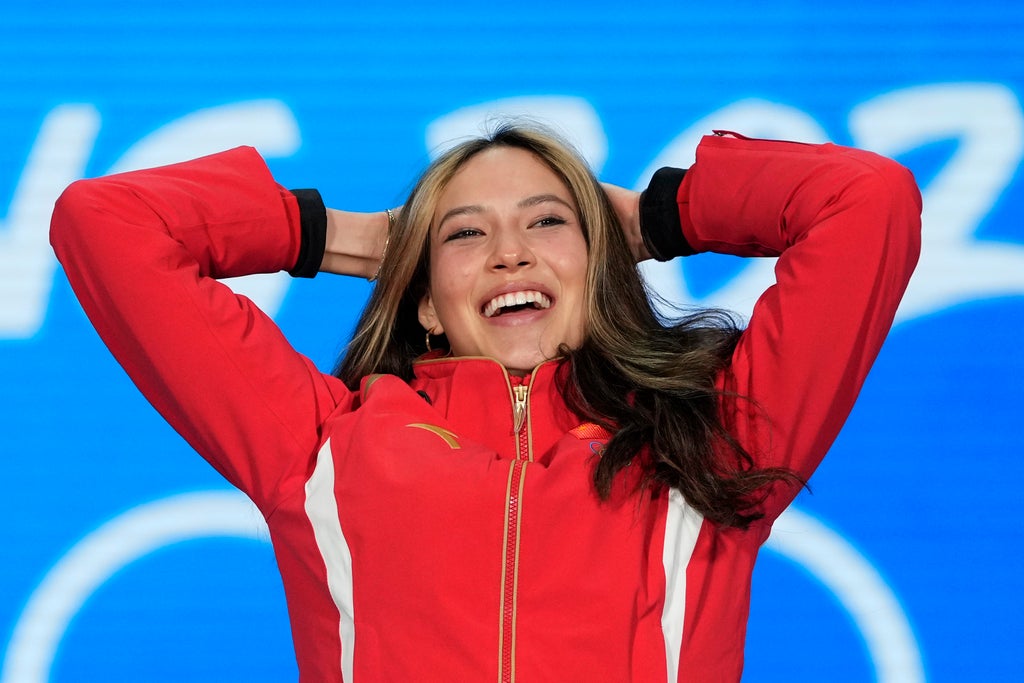 US-born athletes have taken center stage at the Winter Olympics in Beijing — for the host country, that is, generating scrutiny of nationality-switching.

Eileen Gu the prodigious — and, depending on who you ask, prodigal — freestyle skier who chose to compete for her mother’s native China over her native US, has drawn critical coverage that has at times veered into plain racism and misogyny.

But the likes of Gu and Jieruimi Shimisi — the Team China hockey goaltender (with no known Chinese heritage) formerly known as Jeremy Smith — are not the first to don the colors of a country where they were not born. Mutable nationality has a long history at the Olympics and, more generally, in the field of sports.

In an increasingly globalized society, is it any wonder that identity and nationality are fluid? Sports after all, can be a great unifier of national identity—but also an expansive instrument for welcoming or attaining belonging.

Here’s a look at the nuts and bolts of competing for “another” country:

DO YOU HAVE TO BE A CITIZEN TO COMPETE FOR A COUNTRY?

Under the current Olympic Charter, yes. National Olympic Committees are responsible for entering competitors, and those competitors must be “a national” of that NOC’s country.

DOESN’T THAT MEAN YOU HAVE TO BE BORN IN A COUNTRY TO COMPETE FOR IT?

Birthright citizenship isn’t a universal concept. The US is one of the most prominent practitioners of jus soli, conferring citizenship on anyone born on US soil.

— Many countries use jus sanguinis — blood ties — in their citizenship criteria. If you are born in France, say, but your parents aren’t French, you can’t attain citizenship until your teenage years.

— Naturalization is another path to citizenship. Two common ways of attaining naturalization are jus domicilii (fulfilling residency requirements) and jus matrimonii (marriage to a citizen). Tim Koleto, a US-born ice dancer representing Japan, is married to his Japanese skating partner, for instance.

—If you’re wealthy enough, you can also buy citizenship or at least a visa with a fast track to citizenship in some cases. Countries sometimes actively recruit, too — like China with its hockey team, though the details of that are a mystery.

With each country having dramatically different citizenship requirements — some as loose as having a single grandparent born on its soil — it would not be out of the question for a would-be competitor to have five passports.

SO WHAT IS THE CALCULUS BEHIND CHOOSING YOUR COUNTRY?

It’s a matter of opportunity and philosophy. If you’re a star player in a team sport, you would likely opt for the country that has the best chance of winning. But if your main goal is to just make it to the Olympics, you might find a clearer path through a country that’s not a powerhouse.

There are also sponsorship deals and sentiment to consider. Gu is the star of Team China, whereas she would have been among a field of telegenic, charismatic figures like Chloe Kim if she had competed for the US And she has deep ties to China — she spent significant time here growing up, was raised by a Chinese mother and speaks Mandarin fluently.

In some cases, the choice doesn’t feel much like one: Bobsled star Kaillie Humphries left Team Canada, saying she was subjected to abuse and harassment from its officials. She became a US citizen barely two months before these Games began.

ONCE YOU CHOOSE A COUNTRY, DO YOU HAVE TO STICK WITH IT?

No. However, if you’ve represented one country on the international stage, you do have to wait three years before you can represent another at the Olympics. This waiting period can be reduced or eliminated if all the involved National Olympic Committees and the relevant international sporting federation are in agreement, though.

Freestyle skier Gus Kenworthy shot to fame at the 2014 Winter Olympics, where he won a silver medal as part of the US team. This time around, he’s competing for Great Britain where he was born and his mother de el hails from (his dad de el is American and Kenworthy was raised in the US).

WHAT ABOUT THE PEOPLE WHO SEEM TO HAVE NO TIES TO THE COUNTRY FOR WHICH THEY’RE COMPETING?

I see you’ve been taking in the ice dancing. The discipline is rife with pairs where at least one half has tenuous, if any, ties to the country for which they compete (although none of the medalist pairs this year had naturalized members). Ice dancing has historically been dominated by a handful of countries — namely Russia (or its historical antecedents), with strong showings by Canada, France, the US and Great Britain. That means if you want to make it to the premier rink, it might behoove you to acquire a new nationality.

Furthermore, many ice dancers train together in Michigan or Canada, so pairs often comprise people with differing nationalities of origin. The ice dancers Nikolaj Sørensen and Laurence Fournier Beaudry used to compete for Sørensen’s native Denmark, but Fournier Beaudry couldn’t acquire citizenship in time so they switched to representing her native Canada.

Simon Proulx-Sénécal used to compete for his native Canada, but switched to Armenia after pairing with Tina Garabedian, an Armenian-Canadian. Armenia grants citizenship “without any requirement to persons who have provided exceptional service” to the country — augmenting a stable of high-profile talent seems to count.

WHAT HAPPENS WHEN COUNTRIES CEASE TO EXIST?

The dissolution of the Soviet Union happened just before the 1992 Winter Olympics (back when the Winter and Summer Olympics took place in the same year). The successor states didn’t have NOCs in place, so athletes competed as the Unified Team.

The Olympic Charter makes a special provision for instances of independence, border changes and mergers, offering athletes a one-time choice between representing the original entity or the new one.

WHAT DO CRITICS SAY ABOUT NATIONALITY SWITCHING?

While the Olympics profess to eschew politics, almost every facet of them is inherently political.

Athletes who switch nationalities risk being branded traitors by their spurned countries. In 2017, track’s international governing body froze nationality switches and its president, Sebastian Coe, said the switches were “bordering on trafficking if you’re not careful.” The comment was sparked by nations like Qatar recruiting athletes with no ties to compete, but denying them full citizenship rights.

HOW ARE THESE ATHLETES RECEIVED BY THEIR ‘NEW’ COUNTRIES?

It kind of depends how they perform. We’ve seen the divergent reactions in China to gold medalist Gu and her de ella fellow Team China member Zhu Yi, a figure skater who won a US national novice title as Beverly Zhi but flamed out at these Olympics.

This is a theme seen throughout the sporting world: Soccer fans can be brutally racist or xenophobic toward certain players on national teams. German-born Mesut Özil helped Germany to a World Cup victory in 2014, but — in the wake of contention surrounding his association with Turkish President Recep Tayyip Erdoğan — became the focus of ire when the Germans crashed out unexpectedly early in 2018.

“I am German when we win, but I am an immigrant when we lose,” he wrote upon resigning from the national team.

New York-based Associated Press journalist Mallika Sen is on assignment at the Beijing Olympics. Follow her on Twitter at http://twitter.com/mallikavsen