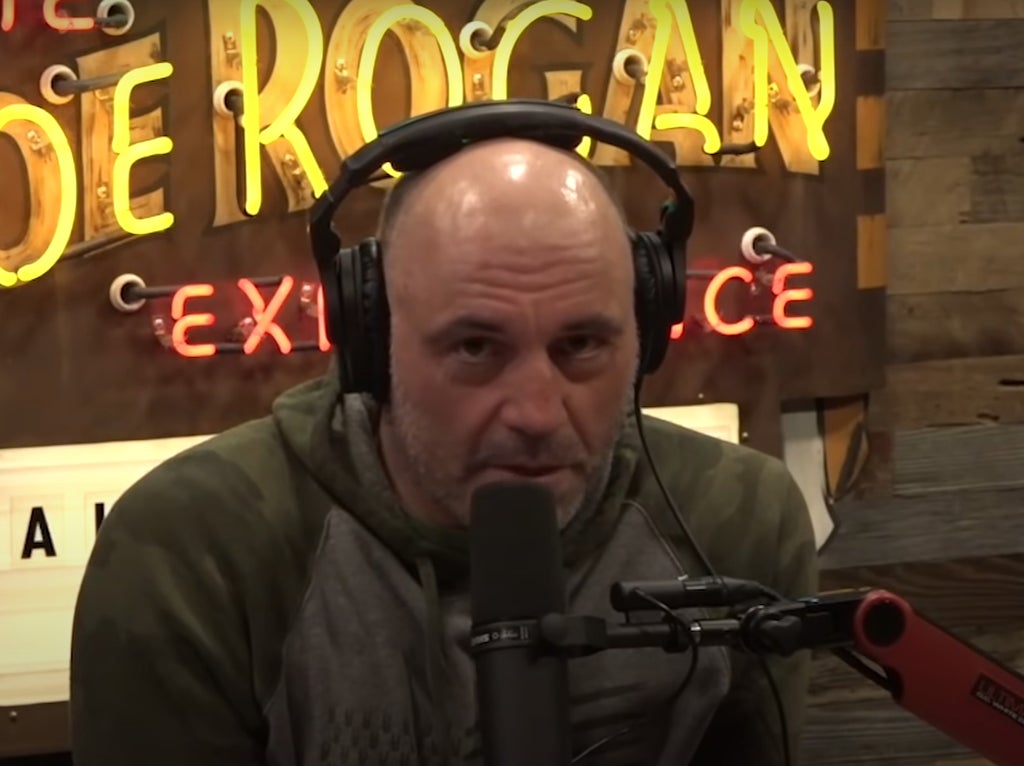 Joe Rogan has provoked more backlash after allowing a controversial clinical psychologist to go on lengthy “rants” of climate misinformation during an episode of his Spotify podcast.

Jordan Peterson announced that “there’s no such thing as climate” and that “climate and everything are the same word” during a four-hour interview on The Joe Rogan Experience, posted on Tuesday.

Dr Peterson, who resigned from a tenured professorship at the University of Toronto last week partly over the institution’s mandates on diversity, inclusivity and equity, has written a number of self-help books.

He has garnered a large social media following (his YouTube channel alone has 4.5million subscribers) for his anti-political correctness views, arguments that white privilege isn’t real, and defense of the patriarchy.

In the latest Joe Rogan episode, the conversation began with Dr Peterson asking the podcast host how he prepares for interviews.

Mr Rogan responded that he usually read the person’s book, explaining that he was currently reading a “climate change book”, calling it “intense”.

“It’s requiring a lot of thinking, and then I have to like look at the criticisms of this guy and criticisms of the work,” Mr Rogan said. “Who believes in 10 years that Miami is going to be underwater, who believes that this is probably hyperbole and that it’s a gross exaggeration and the reality is the world sort of always goes through these cycles of change but human beings are definitely having an effect on it, but a small effect compared to cows and other things… the climate change one is a weird one.”

A survey of 88,12 climate studies, published last year in Environmental Research , found that more than 99.9 per cent of peer-reviewed scientific papers agree that the climate crisis is mainly caused by humans.

“We are virtually certain that the consensus is well over 99 per cent now and that it’s pretty much case closed for any meaningful public conversation about the reality of human-caused climate change,” Mark Lynas, a visiting fellow at the Alliance for Science and the paper’s lead author, told The Cornell Chronicle in October.

On Joe Rogan’s podcast, Dr Peterson, who is not a climate scientist, claimed: “There’s no such thing as climate.”

He was asked by Mr Rogan to explain, so he launched into an obtuse theory.

“So that means you’ve reduced the variables – which are everything – to that set. Well, how did you decide which set of variables to include in the equation if it’s about everything?… Because your models do not and cannot model everything.”

“What do you mean by everything?” Rogan then asked.

“We have to change everything… The same with the word environment,” Mr Peterson continued. “That word means so much that it actually doesn’t mean anything. Like when you say everything, like in a sense that’s meaningless. What’s the difference between the environment and everything? There’s no difference.”

Peterson then asked the question: “So this is a crisis of everything?” before providing his own answer. “It’s like, no, it’s not. Or if it is, if it really is, then we’re done because we can’t fix everything.”

At one point, the Mr Rogan acknowledges that his guest “went on these rants” but continues the conversation on climate change.

The episode meandered into a discussion on energy sources, where Peterson alleges, with zero factual basis, that “more people die every year from solar energy than die from nuclear”.

“Who dies from solar?” Rogan asked.

“Guess how you die from solar?” Dr Peterson says, with a laugh.

“No, you fall off the roof when you’re installing it…gravity,” Peterson replied, describing it as a “good example of unintended consequences”.

He also at one point claims that fracking has not polluted water supplies. (Numerous studies have repeatedly documented the risk to water supplies from the drilling technique).

The Independent has contacted both Spotify and Dr Peterson for comment on the climate misinformation.

Spotify has 345 million monthly active users, according to Soundcharts.com. Rogan has an exclusive podcast deal for a reported $100million with the streaming service.

The episode was lambasted by a number of climate experts and distinguished scientists.

Dr Michael Mann, Professor of Atmospheric Science and Director of Earth System Science Center at Penn State University and a National Academy of Sciences member, said he had listened to some of the podcast and that “the bit that I heard made me dumber”.

“As I understand Jordan Peterson’s argument, it’s ‘the climate is complicated. it’s got lots of components. so we can never model it or understand it,’” Dr Mann wrote in an email.

“The argument betrays either a total lack of understanding of how science works (or, more likely, a total disdain for his audience and an intention to disinform). It could be used to dismiss physics, chemistry, biology, and every other field of science where one formulates (and rigorously tests – the part Peterson conveniently ignores) conceptual models that attempt to distill the key components of a particular system and the interactions between those components.

“Every great discovery in science (including the physics that allowed Peterson and Rogan to record and broadcast their ridiculous conversation) has arisen through that process.

“So Jordan (and Rogan, who facilities the spread of this misinformation by subjecting his viewers to this nonsense) has essentially dismissed the very notion of scientific discovery.”

Professor Mann added: “This almost comedic type of nihilism would be funny if it weren’t killing people (Peterson and Rogan’s antiscientific rhetoric about Covid-19 almost certainly has and will continue to lead to large numbers of human deaths).”

Meanwhile, Dr Sam Gregson, a University of Cambridge physicist who works on the Large Hadron Collider experiment at CERN in Switzerland, tweeted: “Jordan Peterson explains why nothing can be modeled and physics doesn’t exist. I’m going to need a new career.”

Amy Westervelt, an investigative journalist who runs climate change podcast Drilled, also posted: “I guess I know the answer to this but why is anyone asking Jordan Peterson about climate change in the first place? THIS IS WHY LEGIT SOCIAL SCIENTISTS AND PSYCHOLOGISTS WHO ACTUALLY RESEARCH CLIMATE NEED MORE ATTENTION AND FUNDING jfc.”

The news site Mediaite dubbed the interview “whackadoo” while author Daniel Pinchbeck noted: “Climate change is not ‘hard to sort out’. We put over 30 billion tons of CO2 into the air every year, causing a rise in CO2 and temperatures. Climate change is not synonymous with ‘everything.’ This is pathetic.”

Spotify announced in December that “The Joe Rogan Experience” was its Number 1 podcast globally in 2021. The streaming site did not respond to The Independent’s question on how many people had listened to Tuesday’s episode.

Rogan, who is also a standup comedian and a UFC commentator, drew the ire of doctors and scientists over his recent podcast interview with Dr Robert Malone.

The infectious disease specialist has been banned from Twitter for spreading misinformation but has become a hero in the anti-vaccine community after he questioned the Covid vaccine’s effectiveness, and falsely suggested that millions of people had been hypnotized into believing that the vaccines work to prevent serious disease.

A group of doctors and scientists signed an online petition calling on Spotify to adopt policies to prevent the spread of misinformation on its platform.

On Monday, singer-songwriter Neil Young posted a letter on his website demanding that Spotify remove his music in protest of Rogan spreading vaccine misinformation.

However the letter was later taken down, and the rock star’s music remains on the streaming platform.