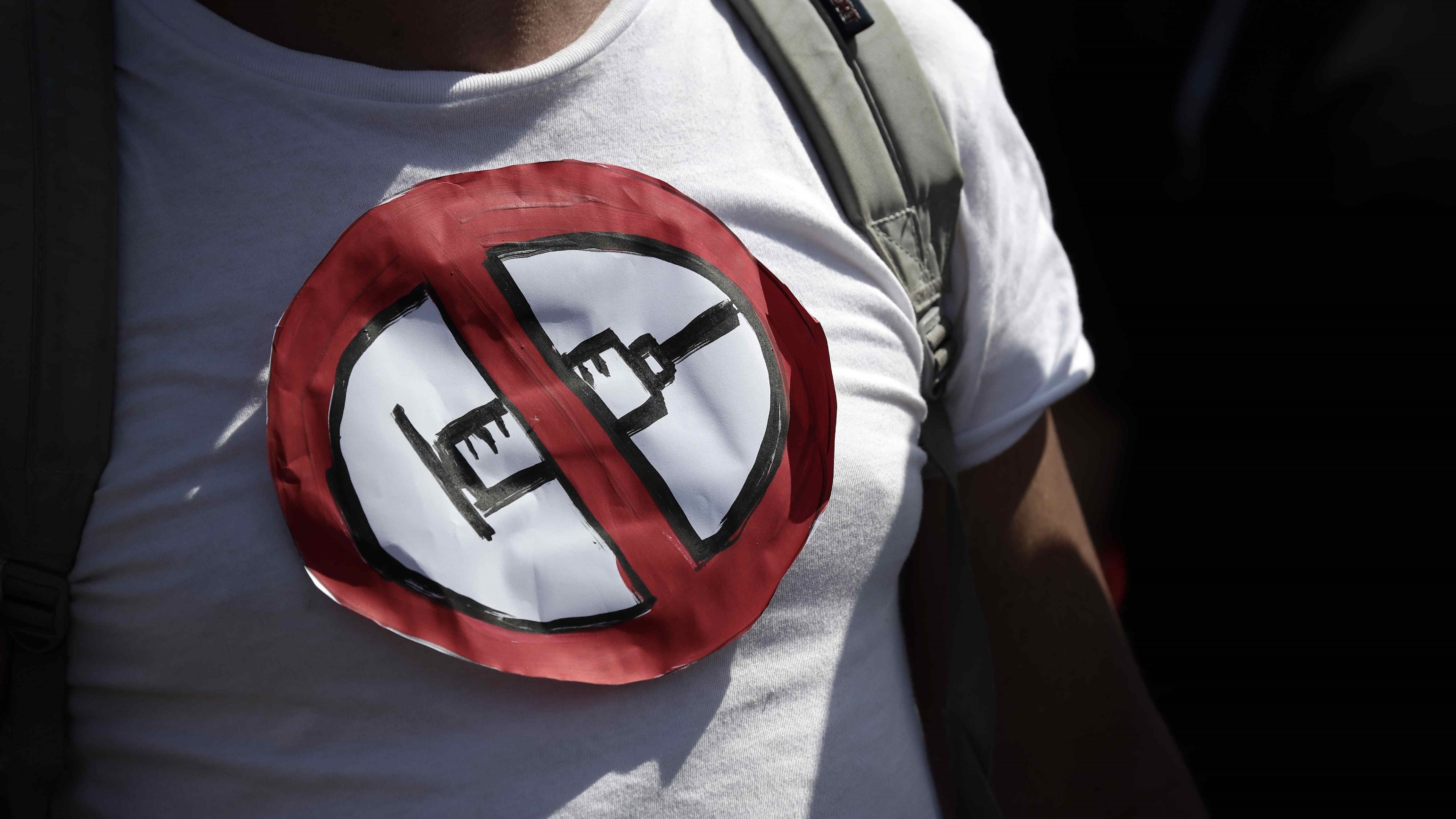 In Spain there are still approximately 3.9 million people, over 12 years of age, who have not received any dose of the COVID-19 vaccine, according to data provided by Health, which continues to call for them to be vaccinated. Minister Carolina Darias claims that currently 60% of those admitted to intensive care had not received any dose, figures that corroborate the high protection provided by vaccines against the most serious symptoms of the disease, especially if one takes into account that Spaniards who have not yet been vaccinated make up just over 9% of the target population, and that practically 100% of those over 70, the age group most vulnerable to the coronavirus, have the complete guideline.

The new wave of COVID-19, which coincides with the arrival of the coldest months of the year, is wreaking havoc in some European countries, where vaccination rates are significantly lower than in Spain. The new infections have led to restrictions such as total confinement in Austria, the obligatory nature of the vaccine or the requirement of a certificate to have the complete schedule, while protests for these or other measures take place in different cities of the continent.

In Spain, the increase in infections has led several autonomous communities to put on the table the implementation of the COVID passport in activities with a high risk of contagion, such as nightlife. The Courts of Justice will decide this week if more regional governments join the Balearic Islands, Galicia and Catalonia in their strategy of demanding this document, a proposal that is generally viewed favorably. Aragon is at the expense of the judges endorsing the measure, while Navarra and La Rioja have announced that they will request the permit this week. In the case of the Basque Country, its Superior Court of Justice has just rejected the request for the COVID passport to be mandatory in restaurants and nightlife.

Although there are also proposals that go a step further, due to the high hospital impact that little more than 9% of the unvaccinated population over 12 years of age has, and they call for a tightening of measures against them. It is the case of Luis Enjuanes, CSIC scientist, who assures that the pandemic that Spain is experiencing now is that of “the unvaccinated”, who by law cannot be forced to do so, but in statements to RNE he maintains that there are many measures that could be adopted. “If they do not collaborate with society, then that society does not collaborate with them. You are not vaccinated, you cannot work for the government. You are not vaccinated and you have a problem due to the infection by this virus, the Spanish Social Security is not going to take charge of your treatment. You are not vaccinated, you cannot go to public centers … “, he stated.

Reaching the unvaccinated “through pedagogy”

On the words of Luis Enjuanes, Daniel López Acuña, epidemiologist and former director of Health Action of the WHO, agrees in describing the fact that not getting vaccinated as “a social and health irresponsibility”, but he “would not go to that extreme.” “You have to explain it, and do enough pedagogy so that people understand why not getting vaccinated has implications for themselves and for others,” he tells RTVE.es.

“Surveys show that only 4% – 5% of the population is resistant to vaccination for one reason or another, but with unsustainable arguments, with obscurity and lack of evidence. We still have a percentage of the population with which we can work to complete vaccination, and it is very important to do so through pedagogy, without this being an obstacle to adopting restrictive measures, especially in communities where incidence rates are high. “, keep going.

“López Acuña: The COVID passport is not going to be the key solution to curb infections.“

Regarding the mandatory nature of the COVID passport for certain risk activities, López Acuña believes that “we have to be clear that the COVID passport, even if it were launched throughout Spain, it will not be the key solution to stop contagions, because among other things 90% of the population is already vaccinated. “This epidemiologist recalls that those vaccinated also” can become infected and transmit “the disease, so he urges” to reinforce protection measures with a mask, distance and not crowds ; in addition to restrictions to the extent that the incidence rises “.

“Stimulate” instead of “force”

Carmen Chamber, secretary of the Spanish Immunology Society (SEI) “understands Enjuanes’ anger”, but clarifies that “in a country as favorable to vaccines as Spain, entering these disquisitions in the end is giving wings to the unvaccinated, because it is the same reasoning that we should not serve people who smoke when they have pneumonia. “

This immunologist, who works at the Hospital La Paz in Madrid, is in favor of “not forcing, but stimulating in an appropriate way”, so it does seem right to ask for the COVID passport for certain leisure activities. “Where I think you have to be strict is in health workers and nursing home workers, there it would require mandatory vaccination. It seems to me a great irresponsibility towards immunosuppressed and sick patients“, he tells RTVE.es.

“Carmen Cámara (SEI): Unvaccinated people are not now the most important problem we have in Spain.“

Chamber highlights “the difference that we are seeing in Spain with respect to other countries in terms of serious disease”, and gives the example of the Netherlands, where 80% of its population over 12 years of age is vaccinated (compared to more than 90% in Spain), and “we have a lot of difference in terms of severe disease.” “In these high percentages of vaccination, small percentages matter”, he assures, and adds another factor to his decisive understanding: that the mask has been abandoned indoors, something that has not happened in Spain.

“Unvaccinated people are not now the most important problem we have in Spain,” he points out, although he clarifies that “everything vaccinated matters, because it helps to make more shield, since those vaccinated have a lower viral load and spread less “.

“Excessive” measures can be “counterproductive”

The president of the Spanish Association of Vaccination (AEV), Amos Garcia Rojas, believes that in a situation like the one Spain is currently experiencing, “taking excessive measures can even be counterproductive.” “Denying public health to people who do not want to be vaccinated is falling into a complicated spiral, because by the same rule of three we should avoid public health to those who smoke,” he argues RTVE.es.

García Rojas believes that with the vaccination coverage rates that exist in this country, “added to a series of measures that would be reasonable to implement, we can endure the pull,” and explains that these measures should be linked to the areas where they are most likely to be produce contagions, such as “closed and poorly ventilated spaces, in which we also shed our masks”.

“Amós García Rojas (AEV): Most of the people who have not yet been vaccinated are not deniers.“

“Most of the people who have not yet been vaccinated are not deniers, since pure deniers are very few“, he continues, and points out that there is an age group with a higher percentage of unvaccinated people: between 30 and 39 years old.” This is due to a fundamental issue, and that is that they do not have a perception of risk, and they think that this SARS-CoV-2 goes with the elderly, and not with them. What you have to make them see is that youth do not immunize, they do not vaccinate against serious forms, and unfortunately there are complications for young people without vaccinating, so be careful, “he warns.

“Then there is another group of people who are still afraid of the vaccine, and what you have to achieve is to convince them that what really makes the community move forward, and improve the health of citizens, is to do something so simple how to apply common sense, which in science is nothing more than to apply scientific reasoning, and what scientific reasoning tells us today is that we must vaccinate. We have to promote science and stop unconsciousness “, concludes the president of the Spanish vaccinologists.