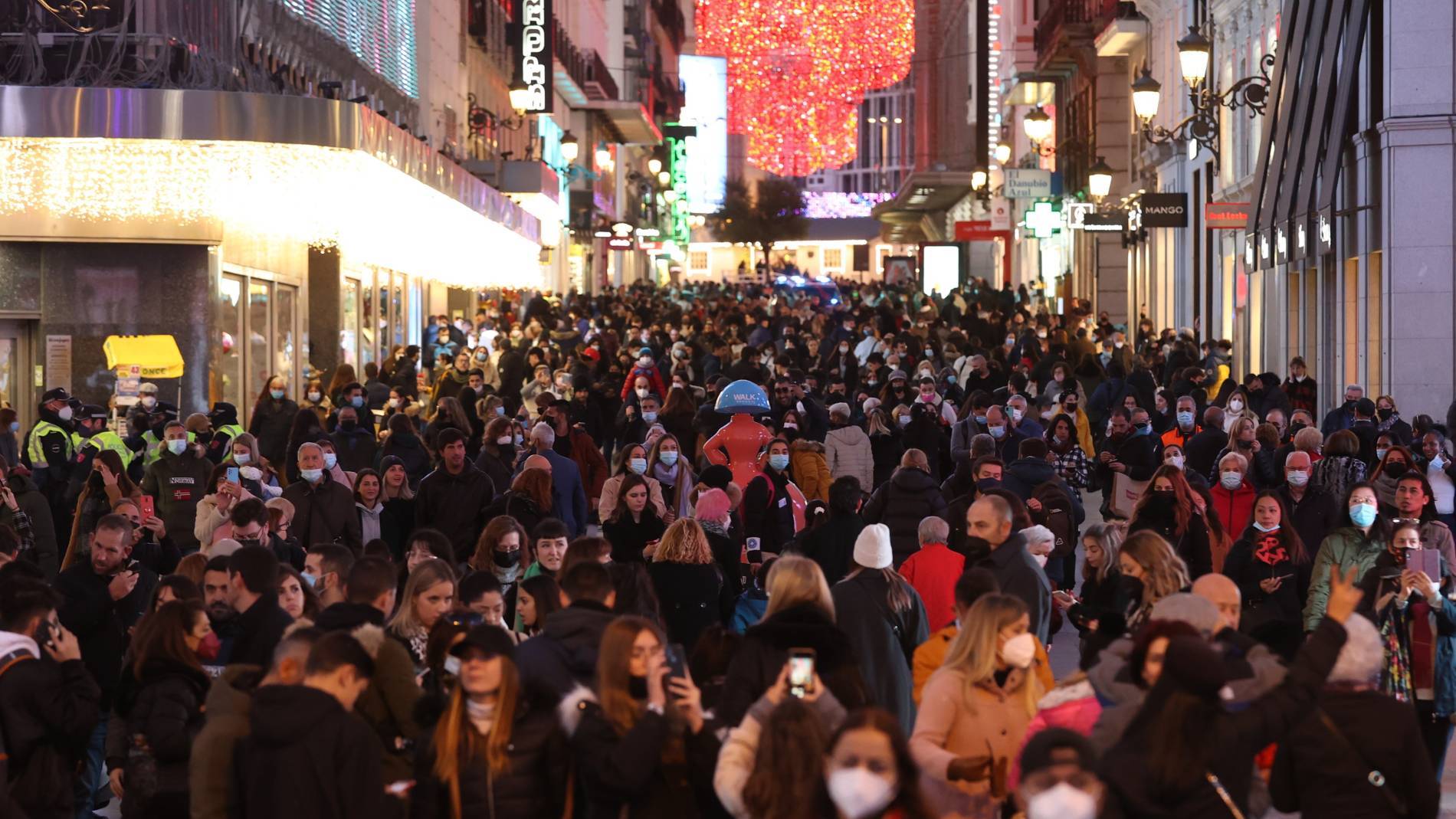 Government and autonomous communities meet this Wednesday, just two days before Christmas Eve and with the cases of COVID-19 in full explosion, to address the response to the omicron variant, but the experts consulted are categorical: once again in Spain “we’re late”. Even so, measures must be taken: such as making the use of masks more strict, closing nightlife, promoting teleworking, restricting social life and, in the face of Christmas lunches and dinners, being aware of the risk of contagion from vulnerable people To decide if we celebrate them or not, use test but knowing that there may be false negatives and, above all, do not organize consecutive encounters with different coexistence bubbles.

“The problem is not whether action should be taken, but whether action should have been taken already (…) The first handicap is that we are late“, says Joan Caylá, doctor of the Spanish Epidemiology Society and member of the Barcelona Tuberculosis Research Unit Foundation. “The first measure that would be very desirable is that there should be no nightlife” (…) Unfortunately, social life has to be restricted a lot because It is not about ICU beds, but about people who die ” explains RTVE.es.

“What we can’t do is repeat the story” of last Christmas With the third wave after the restrictions were made more flexible, Caylà emphasizes, because this variant is more transmissible than the previous ones and even in the best of cases -which were milder- the health system may collapse because as there are more cases, there will inevitably be more income and more deaths. “The pandemic continues. It is a pandemic never seen before, with an epidemic wave every three or four months.”, Add.

Last Friday, Spain entered a very high risk of virus transmission by exceeding the incidence of 500 cases per 100,000 inhabitants in 14 days and in some communities, such as Madrid, the omicron is already the dominant variant.

“Very likely” to cause more deaths than expected

The European Center for Disease Prevention and Control (ECDC) already warned last Wednesday that vaccination alone will not be enough to stop the expansion of the new omicron variant and urged countries to adopt “strong” measures to reduce their impact while continuing to give the booster doses “as soon as possible”.

The first data suggest that it is a much more transmissible variant than delta -the cases double at a rate of 1.5 to 3 days- and more easily than the latter to spread between vaccinated people. According to the WHO, it appears that immunity achieved with the full regimen could be lower to omicron. What is not known yet, because it is early, is whether or not it causes a milder or more serious disease than the previous ones.

But “even if the severity of the disease caused by omicron is equal to or less than delta gravity, the increased transmissibility and the consequent exponential growth of cases will quickly outweigh any benefits of potentially reduced severity, “according to the ECDC.” Therefore, omicron is considered highly likely to cause more hospitalizations and deaths, in addition to those that were already expected from the previous forecasts with delta, “the European center explained in its report.

Stricter use of the mask

Immunologist Matilde Cañelles from the Higher Center for Scientific Research (CSIC) believes that one of the measures may be get “more strict with the use of the mask in the street” when people are around -something very frequent at Christmas with crowds- because with this new variant “unfortunately, you can get it”.

A very effective measure would have been, according to this expert, have implemented in these two years measures to keep the air clean in closed spaces with CO2 meters and HEPA filters, but “we are late” also in this aspect and there is no time for Christmas.

The CSIC researcher also adds that It would have been a good idea to give unvaccinated children an early vacation, but this measure “would be too late” Furthermore, the unintended consequences would have to be evaluated because with such a decision there would be many grandparents who would end up taking care of the grandchildren, putting them at risk.

Do not dine and eat with different bubbles

Caylá is of the same opinion about the advancement of school holidays: “It should have been thought in advance, what you can’t do at this point is improvise (…) Now we must think more about Christmas dinners and meals. What would be a disaster is that a bubble dines on December 24 with another bubble and that on the 25th each of these bubbles eat with others (…) and so on on January 31, 1 and 6. This would be a disaster. We should be aware that these encounters have to be greatly reduced, not having sequential dinners and meals with different groups “.

Cañelles believes that the “party to party” scenario will have to be considered while we wait for more information on the severity of the disease. “For Christmas Eve is it worth taking risks without knowing how exposed those over 65 are even if they have three doses of vaccines, especially if they have comorbidities? “asks the immunologist, who points out that we will have to see what happens in the United Kingdom to get answers.

Over the self-diagnostic antigen test, the two experts agree that it must be taken into account that they can give false negatives, especially if the person is asymptomatic, so it will be necessary to continue complying with the rest of the measures: mask, distance, hand hygiene and ventilation. And even so, be aware of the risk: “Having a window open so that it is ventilating does not guarantee that no one is going to get infected”warns the CSIC immunologist.

Among the measures recommended last week by the European Center for Disease Prevention and Control is also teleworking, which according to the experts consulted should be maintained in the coming weeks not only for these Christmas days. “As is the matter, the more teleworking there is, the better. It should be facilitated as much as possible”, points out Matilde Cañelles, who also draws attention to the fact that there are positives that are not entering the official statistics because they are from people who self-diagnose at home and then are not able to get the diagnosis confirmed with a PCR.

Joan Caylà points out that it cannot be applied to all professions, but in those that do have that possibility should telecommute “two or three days a week or the entire weekIt would be a good job from now until Easter. “

Another of the measures that in his opinion should return are the sporting events without public attendance to avoid contagion.