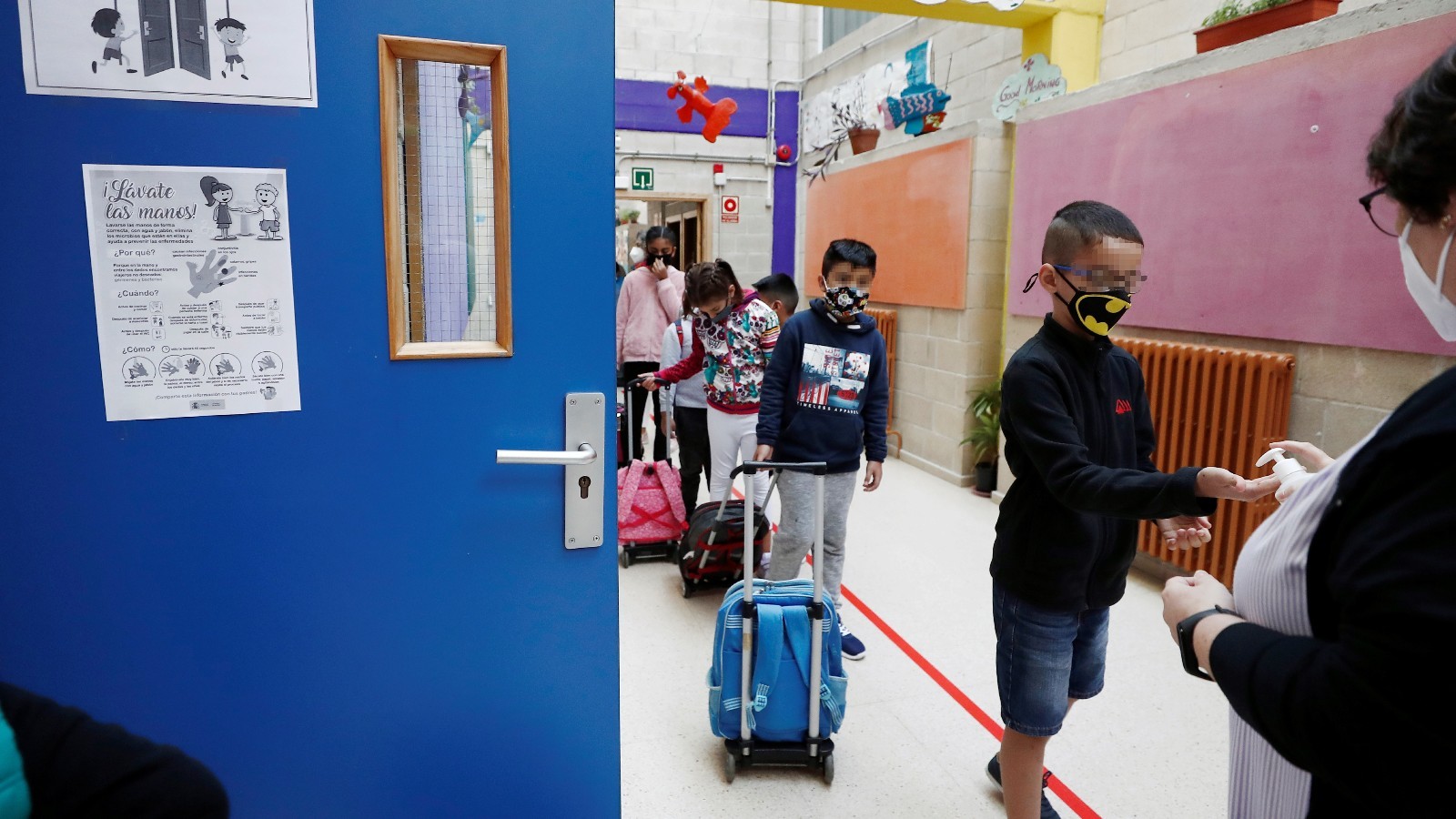 Is the return to the classroom in danger after Reyes? Will the opening of schools be delayed? Submerged in the sixth wave of the pandemic and its record numbers of coronavirus infections, some debates that we thought were past are back on the table. The Government and the autonomous communities will address the measure this Tuesday, for which the epidemiologists consulted by RTVE.es find little justification. These are their reasons:

Infections occur more outside of schools

The first reason is merely practical: schools and institutes “are spaces where transmission control is exercised quite well,” Zurriaga explains to RTVE.es. The US Center for Disease Control ensures that transmission between teachers and students is not the main source of contagion of coronavirus. In fact, in most cases, the infection occurs outside of schools, “at home and in the social sphere,” completes the specialist in Preventive Medicine.

However, the consequences of failing classes do go beyond the classroom. “Schools closed means children at home cared for by grandparents”Zurriaga continues. To prevent the problem from spreading to older people, more vulnerable to serious illness, experts believe there are alternative formulas.

Indoor ventilation is still a pending issue in Spain, despite the fact that it has been almost two years immersed in a pandemic due to an airborne virus. Schools are not the most serious case, since classes are taught with windows open from september 2020.

For this reason, for the epidemiologist Antonio Gutiérrez it is time to go one step further and plan and invest in improving the conditions of teachers and students in the classrooms, “freezing cold” during the winter. “You have to put the maximum effort in that they are comfortable and protected, with the use of masks and adequate ventilation“, he defends, against” short-term “measures – such as the closure of schools – or” aesthetic “measures – such as the mandatory mask outdoors.

The cheapest option is open windows to ventilate the classroom and hallways, but there are alternatives to being cold. As the public health professor Devi Sridhar of the University of Edinburgh points out in The Guardian, there are “HEPA filters that completely clean the air several times in an hour. “

To complete, the CO₂ meters They make it possible to avoid situations with a high risk of contagion, since they warn when the air is ‘loaded’ and must be renewed. In Belgium they already recommend its installation in study centers since August last year.

The mornings of RNE with Íñigo Alfonso – María Neira (WHO): “It is difficult to think of an eradication of the virus in 2022; it will circulate with different effects” – Listen now

Delaying the return to school contains a debate of priorities, according to experts, since there are other measures that we still have time to take outside of schools and “sends a contradictory and confusing message to the population,” according to epidemiologist Antonio Gutiérrez.

The researcher considers that before reaching this extreme, a “intensive” vaccination plan for the little ones, Since since the pediatric campaign began, on December 15, only 27% of children between 5 and 11 years old have received a puncture.

In the same way, teachers, vaccinated with AstraZeneca, “They are also first-line professionals and they should be vaccinated with the third dose but now,” he underlines, given the omicron variant, which spreads faster than the previous ones and entails a potential escape from immunity.

For his part, the vice president of the Spanish Epidemiology Society, Óscar Zurriaga, focuses on reducing transmission risks throughout society, with measures such as encourage teleworking or avoid crowds in events that are not essential. “There is no measure with which we can all be calm, we must think about them together,” he recalls, as they have been doing since the beginning of the health crisis.

Other options, less widespread in Spain, go through Generalize the use of tests to guarantee that those infected are isolated while they can transmit the virus to others. “The UK has led the way in offering free home tests for teachers, school staff and pupils, and this is seen as one of the factors in stopping the spread in schools, “says Sridhar, from the University of Edinburgh, from his rostrum in The Guardian.

Eating disorders in children and adolescents are aggravated by the pandemic: “The rate of admission has increased by 20%”

A social and emotional problem: the reverse of suspending face-to-face classes

Beyond the health issue, delaying or not classes has echoes in the lives of the little ones, especially the most vulnerable. Various sociological investigations in Spain confirm that the confinement and online classes were in detriment of children and young people with worse “material, cultural and emotional conditions”. The lack of access to the internet or the less time for parents to accompany them in schoolwork meant that many students break their bond with the school, but also with their classmates.

In this sense, Unicef ​​has also endorsed the motto that schools “should be the last places to close and the first to reopen.” In an institutional statement, Executive Director Henrietta Fore outlines how school closings in the past year have eroded children’s learning, social relationships, and mental health, which is why he asks that his education and well-being take priority on this occasion.

“We know that mitigation measures in schools are effective. We must use this knowledge to do everything possible to keep schools open,” reads his letter of December 17, given the spread of the omicron variant.

María Neira, director of the Department of Public Health and the Environment at the World Health Organization (WHO) agrees with this opinion. “The positive impact of having them open is always better than the collateral effects it could have”, has stated in an interview in RNE, although he believes that the risk assessment is in the hands of each country and does not disdain the possibility of delaying a few days back to the classroom.

How do you catch monkeypox? What we know about virus transmission as cases rise