Skip to content
Home News Ex-ministers’ warning to Boris Johnson: Get serious to save your skin

Former cabinet ministers have warned Boris Johnson he must get serious to save his skin.

The warning came as ex-attorney general Jeremy Wright became the latest Tory heavyweight to call on the prime minister to quit, and Downing Street failed to deny that Mr Johnson took part in another lockdown gathering in his flat above No 11 to mark his 56th birthday in 2020.

The concern expressed to The Independent by the ex-ministers, who have not called for Mr Johnson to go, is indicative of the uncertainty even among those supportive of the PM over whether he can survive.

Mr Wright, who served in the cabinets of David Cameron and Theresa May, said Mr Johnson’s continued presence in Downing Street was hindering the process of “restoring faith” in government following the Partygate scandal.

Meanwhile, backbencher Elliot Colburn – MP for hyper-marginal Carshalton & Wallington – confirmed he has submitted a letter of no confidence in the prime minister, while another member of the 2019 intake of younger Tories, Nickie Aiken, urged Mr Johnson to call a confidence vote in himself.

And arch-Eurosceptic Andrew Bridgen, who sent a confidence letter only to withdraw it after the outbreak of war in Ukraine, revealed he has resubmitted it, citing “anger about the culture at No 10 during the lockdown period”.

With the drip, drip of letters going in to 1922 Committee chair Sir Graham Brady showing no sign of abating, the mood on the Tory benches was that the total would inevitably reach the crucial threshold of 54.

Although the number of MPs openly declaring they have sent a letter stands at just 16, at least a dozen more have called on the PM to go. Mr Bridgen said he believes the true tally of letters is “close” to the trigger point of 15 per cent of the 359 Tories in the Commons.

Another backbencher told The Independent that a “rush” of letters can be expected to be handed in next Monday morning, triggering a confidence vote as early as Wednesday week.

The Independent understands that last week MPs made representations to Tory grandees in the House of Lords, urging them to make clear their displeasure over Partygate to help build momentum behind the drive for a vote.

Former leader Michael Howard, now a Tory peer, kept out of the fray when asked if he had confidence in the prime minister, telling the BBC he was “content to leave these matters to MPs in the House of Commons”.

And while expectations were high that Mr Johnson would survive the initial vote by securing the votes of 180 or more MPs, one highly experienced backbencher warned that he would be left “wounded”, encouraging successors at last to strike.

“At the moment there is no obvious alternative leader for people to coalesce around, and I think Boris will probably survive the confidence vote,” said the veteran MP. “But the problem, as Theresa May found, is that simply being forced to vote leaves you wounded, potentially terminally.

“After that first vote, I think people who see themselves as future leaders will put their heads above the parapet and say that they are ready to stand for election, and that changes the landscape considerably.”

There were signs of discontent on the backbenches that Mr Johnson appeared to be trying to distract attention from his leadership woes with headline-grabbing initiatives on frivolous issues, like a consultation on the return of imperial weights and measures to be launched this week.

Long-time Johnson critic Tobias Ellwood dismissed the measure as a sign the party was “in denial” about the threat of ejection from office at the next election, describing it as “far from the inspirational, visionary progressive thinking that we require”.

And a former cabinet minister described it as “catnip rather than something more nourishing”.

The ex-minister told The Independent that Johnson’s survival depended on him showing he could “get on with the job” of focusing on voters’ core concerns – like the cost of living crisis – rather than promoting himself.

“He needs to provide some months of diligent and competent government, doing some solid work on which he can be judged. And frankly, we need to see a little less of him.”

Another former cabinet member canopy The Independent: “He needs to show he is a serious prime minister.

“It will take a while, because he has suffered a lot of damage, but if he can show his serious side and address the things that really matter to constituents – most particularly in terms of the cost of living – that will do him a lot. of good.”

The damage to Mr Johnson’s standing from Partygate was reflected in a survey of activists conducted by the ConservativeHome website, which rated him the least popular member of the cabinet and suggested that the “bounce” gained from his robust response to the war in Ukraine has dissipated .

Mr Ellwood said Ukraine must not be used as a “fig leaf” to prevent discussion of the leadership.

“It’s time to shake off this partisan Stockholm syndrome,” he said. “Our party brand is suffering. We will lose the next election on current trajectory as reflected in recent by-elections and local elections.”

Mr Wright said that Mr Johnson should go “for the good of this and future governments”, as the evidence of law-breaking in Downing Street would make the public less likely to obey instructions in a future emergency like the Covid pandemic.

The “routine disregard” within No 10 for Covid rules “betrayed at best a casual and at worst a contemporary attitude to the sacrifices made and distress felt for the many who rigorously observed both the spirit and letter of those rules,” said the former attorney general.

“I find it impossible to accept that the prime minister does not bear some personal responsibility for that tone.”

Ms Aiken, MP for the Cities of London and Westminster, said she was “incredulous and appalled” by the details of lockdown-breaching parties uncovered in the Sue Gray report.

“If I were in the same position, I would put myself forward to the Conservative parliamentary party for a vote of confidence,” she said in a letter to constituents.

And Mr Colburn told a constituent that he had submitted a letter “some time ago” and had seen nothing in the Gray report to persuade him to withdraw it.

Mr Colburn’s Carshalton and Wallington seat in south London is a top blue-wall target for Liberal Democrats, who held the constitution from 1997 until he snatched it by just 629 votes at the last election.

A Lib Dem source said: “Conservative MPs in the blue wall are terrified of losing their seats and are now trying to save their own skins. It’s too little and too late.

“Voters won’t forgive the Conservatives for hammering them with tax rises and holding law-breaking parties in Downing Street.” 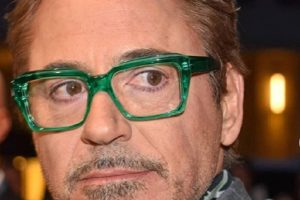