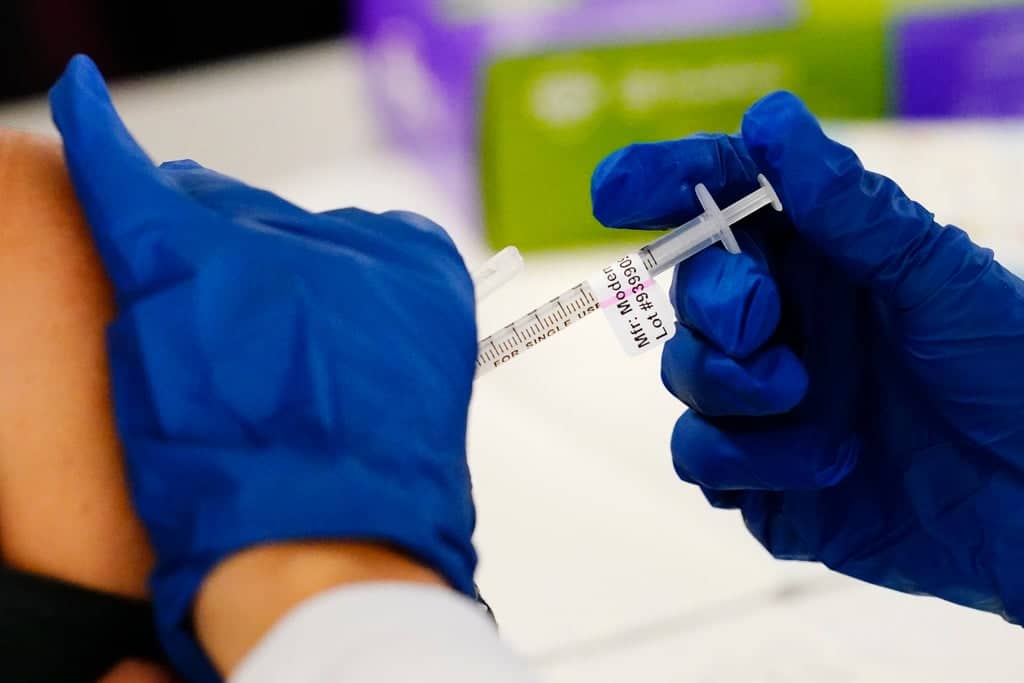 A Conservative former international development minister has joined a cross-party appeal for the UK to drop its support on a patent monopoly which is denying developing countries access to Covid-19 vaccines and treatments.

A cross-party letter signed by 31 parliamentarians warns that a draft compromise deal thrashed out by the US, EU, India and South Africa in talks at the World Trade Organization does not go far enough to ensure equitable access for patients in the world’s poorest countries .

And the letter, seen by The Independent, warns that, without access for all to new technologies and treatments, the global pandemic – and with it, the threat of virulent new coronavirus strains which can evade vaccines – cannot be brought to an end.

Signatories – including former international development minister Liz Sugg and the Tory chair of the all-party parliamentary group on global health Dan Poulter – urge international trade secretary Anne-Marie Trevelyan not to sign up to the compromise deal.

Instead they say that, in the so-called TRIPS negotiations which are coming to a head at the WTO, she should throw the UK’s weight behind the full intellectual property waiver first proposed by India and South Africa in October 2020 and backed by US president Joe Biden last year.

Along with the EU and Switzerland, the UK has so far set its face against a waiver on the grounds that pharmaceutical companies must be able to profit from their discoveries.

The leaked draft compromise has not yet been endorsed by the states involved, and governments in Delhi and Pretoria are under pressure to disown it, amid warnings that it will not adequately deal with the barriers to effective healthcare in developing countries, where fewer than 15 per cent of people have received even a first dose of a Covid vaccine.

Campaigners complain that the compromise covers only vaccines and not tests or life-saving treatments and that its terms would exclude countries like China and Brazil, which have some homegrown vaccine production capacity.

An IP waiver would allow developing countries to produce low-cost generic versions of vaccines and treatments available in the rich world.

Dr Poulter said: “In a global pandemic that has resulted in nearly 20 million deaths, we must use all tools at our disposal to save lives. This text leaves too much left in the toolbox.”

“The UK has a key opportunity to play a leading role in bringing this pandemic to an end by supporting a full waiver at the WTO, and I urge the international trade secretary to build consensus toward the original TRIPS waiver proposal.”

Green Party MP Caroline Lucas said that the compromise deal was “not nearly as effective” as the original India/South Africa proposal.

“Low- and middle-income must have control over which vaccines they receive and have the sovereign countries right to manufacture the health tools their countries need, manage delivery timelines and set the price,” said Ms Lucas.

“With cases rising again here in the UK and around the world, the Government must seize this moment to change course and support a full TRIPS waiver. We cannot afford to be in this same position a year from now facing another – and potentially more deadly – ​​variant.”

“The recognition that intellectual property monopolies present a barrier to global equitable access to Covid-19 health tools is welcome, but this leaked text which has not been endorsed by India and South Africa does not present a solution to addressing these monopolies.

“The status quo model of pharmaceutical companies supplying to the highest bidder and maintaining strict control over who gets vaccines and treatments, when, and at what price has caused this global access inequity.

“We need the UK Government, and all WTO members, to call for the original full TRIPS waiver proposal and we need pharmaceutical companies to share their technology. These steps will help diversify the manufacturing of pandemic tools so everyone around the world gets access to the vaccines, tests and treatment they need.”