The former girlfriends of a film director who was jailed for a vicious stalking campaign claim he could have been stopped if police had taken them seriously.

Charlotte Burns, 25, and Steph Basnett, 23, said they were subjected to terrifying harassment after ending their respective relationships with Riagain Grainger, 22.

Grainger, who has worked with Hollywood A-listers, was jailed last week after terrorizing a woman he met while studying at Manchester Metropolitan University in 2019.

But Charlotte and Steph, who both studied at the University of Salford, believe the woman he went on to abuse might have been spared if police had listened to them.

Both women claim they were “silenced” by Greater Manchester Police who did not arrest or charge Grainger for any alleged offenses relating to them.

Approached by Manchester Evening News, a senior GMP officer apologized to the women and said “we let them down.”

Steph, who was 19 at the time, said her order began after Grainger refused to come to terms with the end of their three-year relationship in the summer of 2018.

“When I broke up with him, he got really possessive and was threatening to slit his wrists,” she told the publication.

“He started bombarding me with phone calls and texts saying I love you, I miss you.”

Steph said she received threats from Grainger that he would “kill himself” if she didn’t get back together with him.

“I was living in a student flat overlooking the river and he threatened to jump into the river,” she said.

“He was trying to guilt trip me into getting back with him.

“I felt really scared he was going to hurt himself and I felt guilty for ending it. But I knew I had done the right thing for me.”

Grainger was given a formal harassment warning after he attempted to break into her flat after she had moved, but Steph said nothing else happened.

She said: “There was a week where I went to the police to report his actions every single day and I was told I was being over dramatic and treated as an inconvenience.

“They told me not to go home if I was scared, but I had nowhere else to go. They said if it was that bad to try a domestic violence shelter.

“It was so uncaring and I didn’t feel listened to. I had a feeling of absolute helplessness and felt isolated.

“I was crying every night, hyper-emotional and I felt like the people I expected to protect me were such a let down.”

On June 15, 2018 Steph says she tried to get a non-molestation order against Grainger, but it was never issued as police did not know where Grainger, who was moving back and forth from Manchester to Northern Ireland, was living.

She claimed he bombarded her from various social media accounts and every time she blocked one “another three popped up.”

Steph said she suffered anxiety, PTSD and depression as a result. She says her ordeal of her finally came to an end at the end of October 2018, when Grainger got another girlfriend-Charlotte Burns.

Charlotte said she was completely unaware of Grainger’s past when the pair got into a relationship – having met at Salford University several months earlier.

The then 21-year-old found him “charming” at first, but soon after they started dating, she said he became controlling.

“He would follow me to places. If I ever went to parties without him he’d be outside,” she said.

“He would just turn up to nightclubs that he knew I was at. I challenged him about it and he’d apologize but then just do it again.”

Charlotte to end her relationship with Grainger after around six months, and said he didn’t take it well.

“It would be phone calls and he would make loads of social media accounts in his name and my name,” she said.

“He sent me gifts with notes saying ‘everything will be alright in the end.’ He sent me another message saying if he can’t have me he didn’t know what he would do.

“He followed me into my lectures so I couldn’t go to university anymore. He broke into my back garden. I had to unplug the doorbell.

“The flat didn’t have curtains and they had automatic lights so I used to have to crawl around so he couldn’t see in.

“I used to make my bed and then sleep under my bed in case he ever broke in so it made it look like I wasn’t home.”

He worked with Hollywood A-listers
(

After a month of what Charlotte described as ‘non-stop’ harassment, she and her mother went to Swinton police station to make a formal report against Grainger.

She said they waited nine hours for a police officer to come and take her statement.

“When we left the police station the impression was that they were taking it seriously. I think we actually left feeling quite relieved,” Charlotte’s mum said.

Charlotte claims police told her they would take Grainger in for questioning, and let her know when he had been released.

“They never did tell me and I found out by seeing him lurking on my street,” she said.

“That’s when he started sending himself messages pretending to be me – and the police actually believed it.

“I had police visiting me at 3am banging on my door telling me to stay away from him. It was quite intimidating and threatening.

“They said I was wasting their time. I started to become more scared of the police than him.”

Charlotte said the contact stopped after this, and she didn’t hear anything about Grainger until being contacted by a police officer in March 2020, to say he had been arrested for stalking another woman.

Manchester Crown Court heard that during his police interview, Grainger had attempted to blame his most recent stalking on an ex-girlfriend, that being Charlotte.

“Thankfully the police did take my word for it this time and asked me to be a witness for the court case which I said yes to,” she said.

“They said if I did help, that they would have a look at reopening my case afterwards.”

Grainger pleaded guilty to stalking the most recent victim, after both Charlotte and Steph agreed to testify against him in court as witnesses.

Charlotte said the stress of the court process forced her to drop out of university just months before she was due to finish.

And despite contacting police on numerous occasions about their own cases, both women say they’ve not heard anything from GMP since he was sentenced.

Both say they intend to lodge a formal complaint with the police professional standards branch.

“I am still struggling now. I feel like I am drowning constantly and I can’t breathe,” Charlotte said.

“I feel angry towards the police. I’m more angry and upset at them than I’ll ever be with him.

“I was silenced by the police so for years I’ve not been able to share my story about what he did to me.

“When he was jailed GMP shared this story as if it was the first time he had done it and they took a stand, but they didn’t say they failed two other girls before.

“And they failed the girl who went to court because if they had listened to us he wouldn’t have been able to stalk her.”

Even with the knowledge that Grainger is behind bars, Steph said she still struggles with the psychological impact of her ordeal.

“I feel like I have a constant worry of ‘what if,”’ she said.

“What if he follows me, what if he finds me. I can’t sleep. If someone goes to hug me I can’t stand physical contact.”

When asked if she finds solace in knowing he is in prison, she said: “It feels like some sort of justice, but it is frustrating that it took so long.

“And the fact my evidence was used for the case but not my own really upsets me. I still want answers, as to why I was treated like I was and nothing was done.

But Steph said she still wants to urge women who suffer the same situation to report it, in the hope that eventually all women will be taken seriously.

“I want my experience to help other people. I would say keep persisting with it. Although it’s taken four years, something has eventually happened.

“Even though he only got two and a half years and he may not serve that full sentence, it is still a short period of time where I know I’m safe and others are safe as well.”

Grainger has since worked with A-listers like Charlize Theron through lucrative contracts he won with Netflix and the BBC.

On Monday, January 31, he was convicted at Manchester Crown Court for a stalking campaign against another young woman before being sentenced to jail.

Grainger, originally from Northern Ireland, asked the woman whether she’d thought about killing herself, and said he “can’t wait to plunge a knife” into her stomach, Manchester Crown Court heard.

He called her a “whore”, a “slut” and a “f*** doll”, made nasty comments about her body, and turned up outside her house.

Grainger was also sentenced to four years’ probation following his release and was made the subject of an indefinite stalking order.

The court heard how Grainger had previously been issued with a probation order for harassing a woman he met on Tinder in Northern Ireland and also given a caution for bullying a teenage girl online when he was living in Fermanagh.

“They contacted us to report serious allegations which were affecting their lives and we let them down, for that I am truly sorry.

“These are not the standards the Force or members of the public expectation and we are committed to improving.

“I have personally looked into these cases and a senior officer has made contact with the two women to confirm that we are reviewing them.

“Stalking and harassment has a traumatic effect on people’s lives and it is imperative on us as law enforcers to treat every report seriously and with the severity and empathy it deserves.” 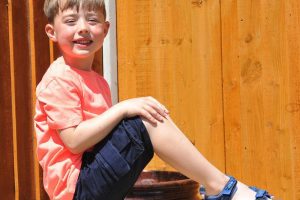 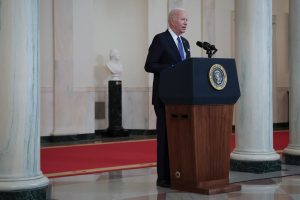 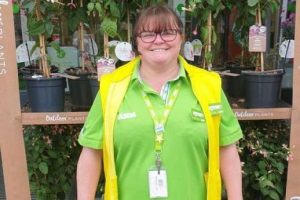 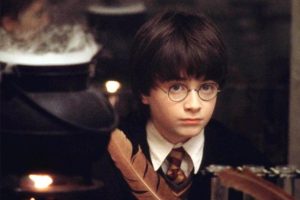