Skip to content
Home News Everton boss Frank Lampard: If you make mistakes you will concede

Frank Lampard blamed individual errors after Everton sank ever closer to the relegation zone when Maxwel Cornet scored late on to give Burnley a 3-2 victory in the battle of two struggling teams.

Everton were on course to move six points clear of the bottom three when Richarlison put them 2-1 in front by scoring the second of two penalties to respond to Nathan Collins’ first Burnley goal 12 minutes in.

But Jay Rodriguez leveled in the 57th minute and Cornet popped up with a crucial winner five minutes from time to leave Everton only one point above the 18th-placed Clarets.

“The effort is there, the belief will always be tested because this is football,” Lampard said. “We were in a position to go and win, certainly not to lose. It will always test the belief and that’s my job, to bring that back.

“We’ve got a game on Saturday morning. You can see the players are disappointed at the end. There are certain realities in football. If you make mistakes you will concede. But in terms of the general performance, I didn’t hate it. You’ve just got to deal with those moments.”

The cost of this defeat could yet be considerable. Everton squandered a chance to end a winless away run which stretches back to August and has been key to their slide into trouble.

With Burnley now within touching distance ahead of a weekend when Everton face Manchester United on Saturday lunchtime and the Clarets are away to bottom side Norwich on Sunday, the Toffees’ ever-present status in the Premier League was under genuine threat.

“Everything is a challenge,” Lampard added. “Today was a challenge. It’s a challenge to stay in the league. We’ve got nine games to go, 27 points to play for. Lots of points.

“We lost points tonight we should have gained. It wasn’t a game to lose for us. We did enough in the game and put ourselves in a position to win but we didn’t take those and we have to accept that as our responsibility.”

While Lampard was left dejected, Cornet’s late strike sparked huge celebrations at Turf Moor, a release of tension for a side who came into this match having failed to score in their last four league matches, all defeats.

“It was a tricky game for obvious reasons for both sides going into it,” Sean Dyche said. “It was a very good start from us with moments of real quality, we looked a threat and scored a goal.

“At half-time we corrected it, got back to basics. The bigger picture of their season, they’ve taken six points from 42 away from home and we reminded the players of that. We’ve been in that mode ourselves and it’s difficult to break out of. We had to go and expose that and we just about did.”

Dyche had been urging his players to “kick it in the goal” before the match, and the message got through.

“It’s been the thing of the season for us, but it’s funny what seasons throw up,” he said. “We looked up last season and we’d scored the same number of goals last season as this. We’ve scored three tonight, so we actually go in front.

“It’s the margins of football – you’ve got to score at the right time and not concede at the right time. We’re on the right side of it tonight but it’s only one win. We’ll enjoy it but one win doesn’t guarantee you anything. There’s nine more to go.” 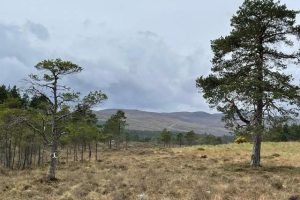