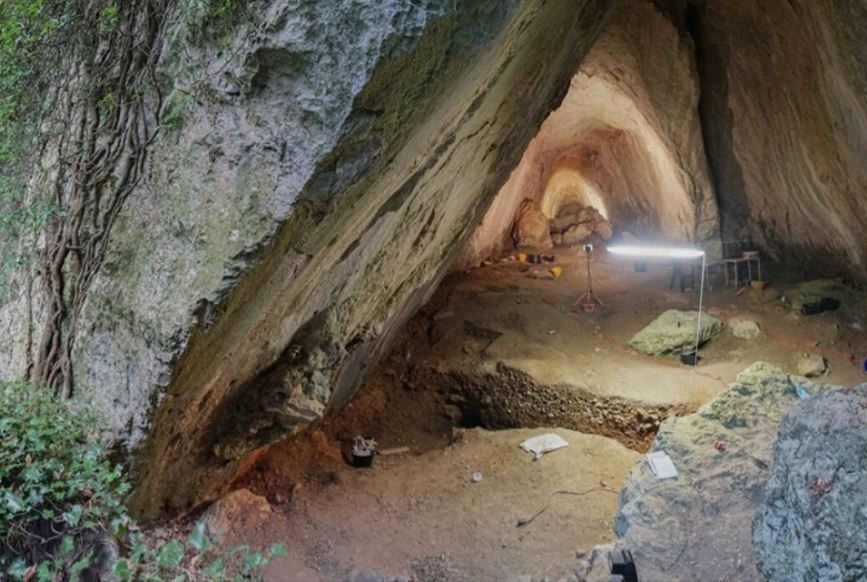 About 10,000 years ago, just after the last ice age, in a hunter-gatherer society, a group of men buried a baby just over a month old in a cave and surrounded her with different ornaments to honor her. The team of international archaeologists who recently discovered the grave has now revealed that it is the oldest known grave of a newborn in Europe. It is in the mountains of Liguria, in northwestern Italy. The finding, for the moment, has allowed us to discover key aspects of the life of prehistoric populations and their social structures, such as the fact that they were already honoring children.

The great care that those prehistoric humans put in the arrangement of the details that make up the infant grave, such as an eagle’s claw, dozens of shells and various pendants made with animal fragments, reveal, according to the researchers, that this primitive people of the Mesolithic (transition between Paleolithic and Neolithic) socially valued the girl, who had practically just been born, as one more individual of the community, with the same considerations as adults.

In addition, many of these ornaments were worn, so archaeologists have deduced that they were “inherited”, that is, gifts from members of the group for the deceased baby. “This discovery testifies to how all the members of the community, including the little newborns, were recognized as full persons and apparently enjoyed equal treatment,” said one of the study coordinators, Stefano Benazzi, professor of the Department of Cultural Assets of the University of Bologna. And he added: “The finding allows to inquire about an exceptional funeral rite of the first phase of the Mesolithic. Understanding how our ancestors treated their dead has enormous cultural significance and allows us to find out both aspects of their behavior and their ideology ”.

The researchers, from Italy, Germany, the United States and Canada, who have published the first conclusions of the study in the journal Nature Scientific Reports, highlight the enormous cultural importance of following the evolution and development of how the first humans buried their dead.

At the beginning of the excavations, which began in 2018, the researchers found in the mouth of the Arma Veirana cave, in the province of Savona, tools that are more than 50,000 years old, normally associated with Neanderthals in Europe and also remains of ancient foods such as wild boar bones, charred bits of fat, or cut-off elk. Inside the cave they found perforated shells and remains of a baby’s burial, something that was exceptionally rare and essential for exploring what burial practices were practiced by humans in the late Paleolithic and early Mesolithic periods. This is the last period in Europe in which hunting and gathering were the main way to earn a living, so it is a fundamental time period to understand human prehistory, as the scientists claim in their report. Furthermore, not many graves of this stage are known.

Protein, DNA and radiocarbon dating tests on the remains and analysis of the teeth determined that the baby, whom scientists have dubbed ‘Neve’, was a girl who died between 40 and 50 days later. of her birth and that during her pregnancy she experienced some type of stress that briefly stopped the growth of her teeth.

See also  What parts of Inventing Anna are fact or fiction?