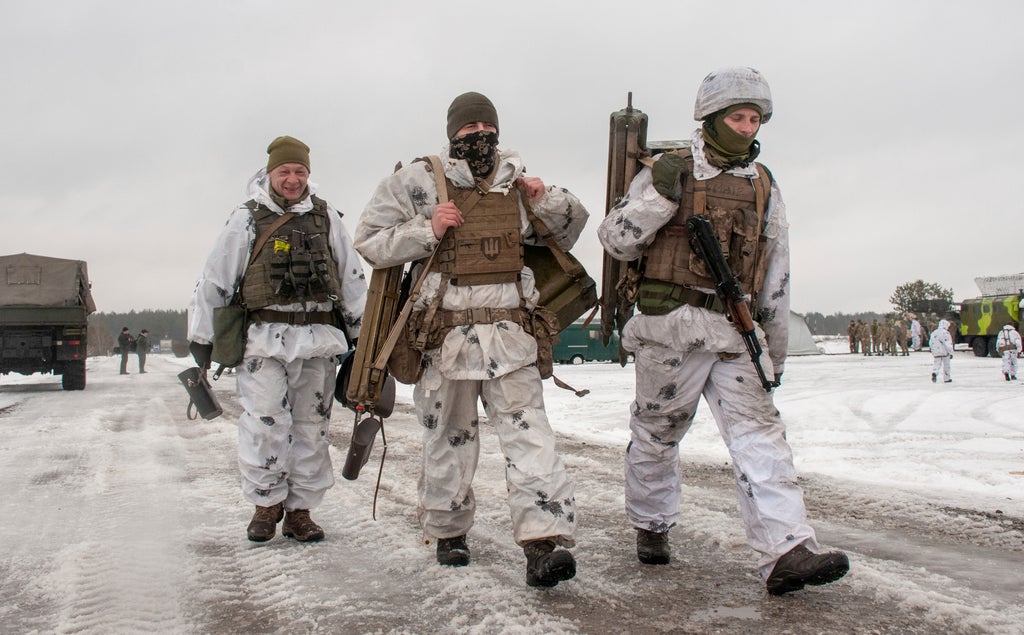 We do not know whether a Russian invasion of Ukraine will materialize. We only have the dramatic warnings from Washington and the less excitable reports from Germany and from Kiev itself.

If there is a war, there will be major economic consequences for the wealthy world – where markets have been growing strongly in the wake of the pandemic, but severe inflationary pressures have emerged – but also for emerging markets and poor countries still trying to recover.

The consequences will be experienced first in financial and commodity market reactions to an invasion, and then through energy supply disruption from the conflict and subsequent economic sanctions on Russia. Imponderables include the reaction of China and the risks of a parallel crisis involving Iran.

The last energy shock was almost half a century ago. In 1974, the Opec oil cartel, led by Saudi Arabia, imposed an embargo on countries that supported Israel in the Yom Kippur war. The oil price rose from $3 to almost $12 a barrel. Then, in 1980, Iraq invaded Iran. The oil price rose again to $35 (the equivalent of $110 today). The world experienced a painful combination of inflation and recession.

Oil is no longer so central to the world economy and the USA is the biggest producer, thanks to shale gas. Nonetheless, Russia provides just over 10 per cent of the world’s supply and meets one third of the EU’s crude oil demand. Russia is also the world’s second-largest natural gas producer after the USA; supplying around 35 per cent of Europe’s gas; and holds a third of world reserves. The federation is also a key exporter of other critical commodities: 40 per cent of the global supply of palladium (used in catalytic converters), and 30 per cent of titanium (used in aerospace), aluminium, nickel, copper, platinum, potash and phosphate.

This is an awful time to have an energy-led economic shock, as Putin will have calculated. Oil prices are around $90 a barrel already. Average natural gas prices at the December peak were $200 per MWh, which was around three times the pre-pandemic level. EU storage is less than 35 per cent full. The UK has virtually no storage after the extraordinary 2017 decision to close our largest plant, off the Yorkshire coast.

The two worst-case scenarios are Russia using its pipeline gas supply as a “weapon” in the war, or the pipeline being disabled in fighting. But Russia will not want to destroy its reputation as a (reasonably) reliable supplier to Europe. If the supplies to the west are disrupted, then China stands ready to absorb as much gas as Russia can supply (and so will need less liquid natural gas from the Middle East). This is a sector, however, where big price changes could come from a modest hit to supply.

The west is also threatening to severe Russia’s links with the international payments system (Swift) which would, no doubt, do great harm to Russia. But such a step would also harm western counterparties. In addition, share markets are already nervous because of the threat of rising interest rates. War could trigger a panic flight by investors, with unpredictable consequences for the stability of the financial system.

Economic circumstances also explain why Germany is leading the quest to avoid war. It has little room for manoeuvre on energy supplies, having closed off coal and nuclear options. It relies on Russian gas but cannot use the new Nord Stream 2 pipeline, which bypasses Ukraine, since that pipeline is part of the western sanctions package. Germany also currently has one of the weakest post-pandemic recoveries and very un-German consumer inflation of 5 per cent. Scholz is nervous.

The British should be nervous too. There is a standard of living crisis and a potential economic slowdown in prospect, even without the possibility of a European war. According to the Bank of England, post-tax real wages face the biggest hit for 70 years. Even after the promised loan of £200 to help households with energy bills, there will be a 40 per cent increase in energy prices this year. The poorest fifth of the population pay 10 per cent of their income on energy as against a 4 per cent average for UK households. War will make this bad situation worse.

The government should be willing to revisit the boost to universal credit, and to scrap the badly timed increase in national insurance. To pay for this largesse, a UK windfall tax on (global) oil company profits would be popular, though a tax on share buy-backs would be more practical and better targeted.

Crucially, Sunak’s promise to Tory MPs to save money now for a pre-election tax cut looks terribly inappropriate and cynical in the face of real hardship today. But, as with Ms Truss’s impersonation of Margaret Thatcher, political choices are directed by the specter of a future Tory leadership contest, not the prospects of the hard up in Britain or the poor Ukrainians.

Sir Vince Cable is the former leader of the Liberal Democrats and served as secretary of state for business, innovation and skills from 2010 to 2015