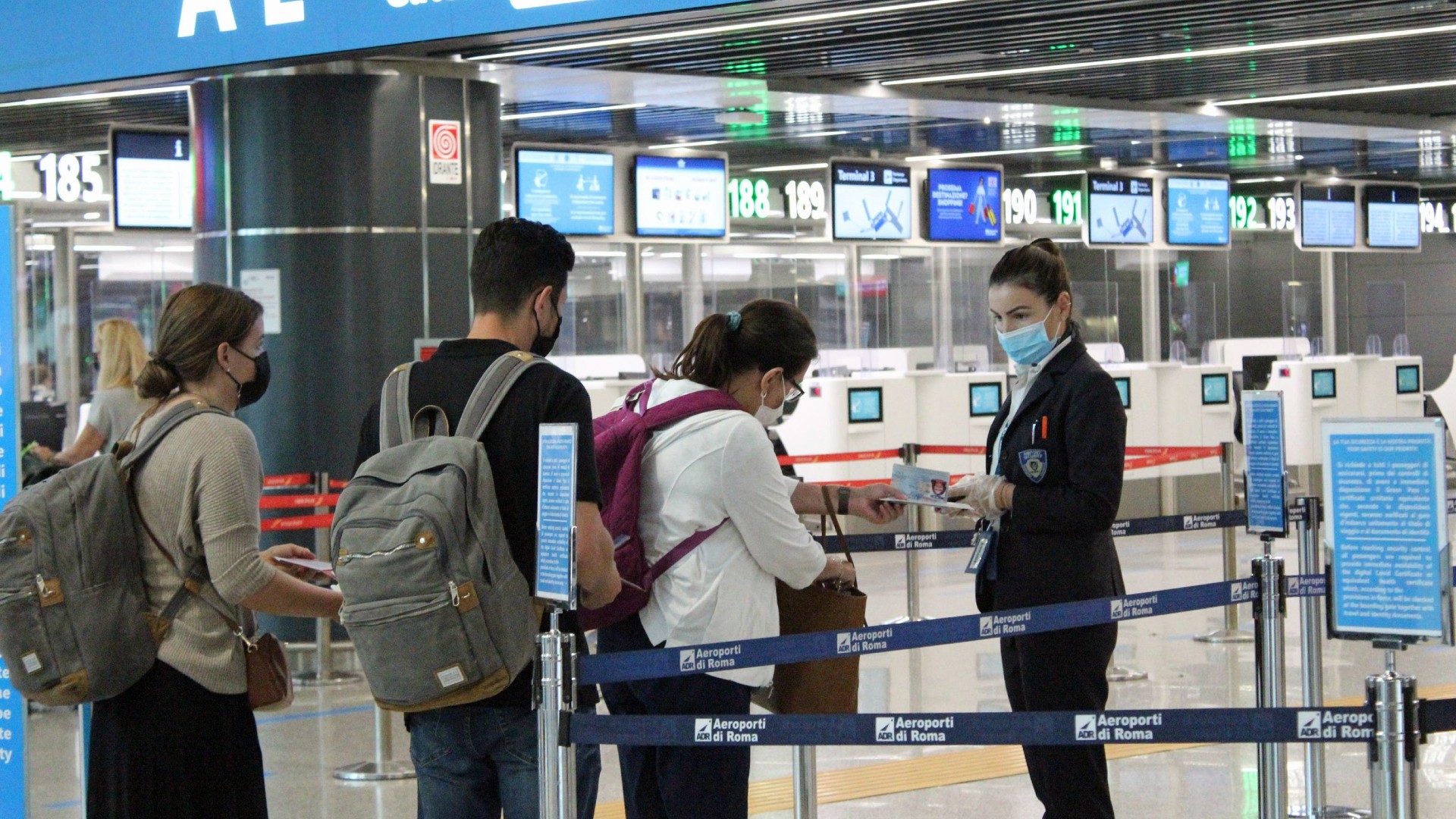 The omicron variant of the coronavirus has once again restricted social activity in several European countries, while more and more shield their borders against flights from southern African countries to try to stop the increase in infections. Seven European countries have already detected at least one case of this variant, which has aroused the concern of the WHO: Germany, United Kingdom, Belgium, Italy, Czech Republic, Netherlands and Denmark.

The Netherlands is already in overnight lockdown For non-essential activities, the UK will reintroduce masks in shops and transport on Tuesday and Israel has become the first country in the world to reintroduce a ban on foreigners entering the country.

Meanwhile, cases of the omicron variant continue to appear: the health authorities of The Netherlands confirmed this Sunday the presence of at least 13 cases among the 61 passengers who tested positive last Friday after landing at Amsterdam airport on two flights from South Africa.

The masks will once again be mandatory in shops and public transport in England from next Tuesday, the Minister of Health has indicated this Sunday, Sajid Javid, which represents a significant “reversal” with respect to the removal of restrictions last July.

On the same day, vaccinated travelers will be asked to undergo a PCR test, and not an antigen test, upon their return to the UK. Javid said that the situation “is not even close” bad enough to ask to work from home or reintroduce the obligation to maintain personal distance or reduce social contact.

Since last morning, the Dutch have returned to interpersonal distance and the mandatory use of masks in hotels, cinemas and theaters, as well as other closed spaces for public access. Shops, hotels and other places considered non-essential activities such as gyms, swimming pools or museums must close maximum at 17.00 local time. Supermarkets, pharmacies and gas stations, which may close at 8:00 p.m., are saved from this restriction.

The Swiss have approved this Sunday in a referendum a law that allows the Government to impose the COVID passport on citizens who wish to enjoy certain services or access certain places, such as eating inside a restaurant, going to the cinema, to mass, to a show, or to attend an event sports of more than 1,000 people. 61% of the participants have voted in favor of the measure, despite the protests that have occurred against in this country for the last few weeks.

Of all the border armor measures, that of Israel is the most blunt: it closes its borders to all foreigners for two weeks to contain the spread of the omicron variant of covid-19 and thus becomes the first country in the world to do so. The interministerial coronavirus cabinet decided on Saturday night to close airports to international flights from around the world, as well as reimpose mandatory quarantine on Israelis that they return to the country, measures that will be imposed at dawn from Sunday to Monday.

But also, The Philippines has been the first country to prevent entry from this Sunday not only to foreigners who in the last two weeks have been in seven African countries (South Africa, Botswana, Namibia, Zimbabwe, Lesotho, Swaziland and Mozambique), but also includes European countries (seven in total: Austria, the Czech Republic, Hungary, the Netherlands, Switzerland, Belgium and Italy). Indonesia and New Zealand have also decided this Sunday to restrict the entry of foreign travelers from southern African countries.

Too Morocco has announced that it will suspend from this midnight and for two weeks all flights from abroad to “preserve the achievements made by Morocco in the fight against the pandemic and protect the health of citizens,” according to the interministerial committee.

The number of cases increases

The Cases of the omicron variant continue to be detected in several countries, seven of them European. The first case was detected on November 22 in Belgium: an unvaccinated woman who developed symptoms eleven days after traveling to Egypt via Turkey.

The health authorities of Netherlands have confirmed this Sunday the presence of at least 13 cases of the new variant among the 61 passengers who tested positive last Friday after landing at Amsterdam airport on two flights from South Africa. The Institute of Public Health (RIVM) is analyzing this weekend the samples collected from 61 of the 624 passengers who arrived on Friday from Johannesburg and Cape Town, although the investigation of the other positive tests continues so that the cases of the new variant may increase.

Two passengers who landed on November 24 at the airport of Munich, from South Africa, were confirmed, by PCR, as infected with the omicron variant of the coronavirus.

The Higher Institute of Health (ISS) of Italy reported that it has located an “attributable” case to the omicron strain of the coronavirus detected in South Africa and which is undergoing the test for a new confirmation.

The British health authorities have detected two cases of people carrying the omicron variant of the coronavirus, who are now quarantined. On Czech Republic, on Saturday the first case in a vaccinated woman who had returned from Namibia and she is admitted with mild symptoms to the Liberec Hospital, in the north of the country.

While Denmark has confirmed this Sunday the first cases of infected with the omicron variant of the coronavirus, two travelers from South Africa who are in isolation and their close contacts are being traced.

The Israeli Minister of Health confirmed a first case of contagion with the new variant -an Israeli citizen from Malawi- and at the moment there are at least other seven suspected cases of being infected with the omicron.

Australia confirmed its first two cases on Sunday after analyzing the virus sequence of two passengers from southern Africa who had tested positive.

South Africa has shown its displeasure at the “unnecessary panic” that he is waking up around the variant as he points out that the symptoms are “very weak”. This has been assured by the president of the South African Medical Association and one of the discoveries of omicron, Dr. Angelique Coetzee,

“What we are seeing in South Africa and, remember, I am at the epicenter, it is very weak. For us they are mild cases,” he told the BBC.

Other experts from the country, however, stressed that it’s too early to draw conclusions given the small number of cases identified.