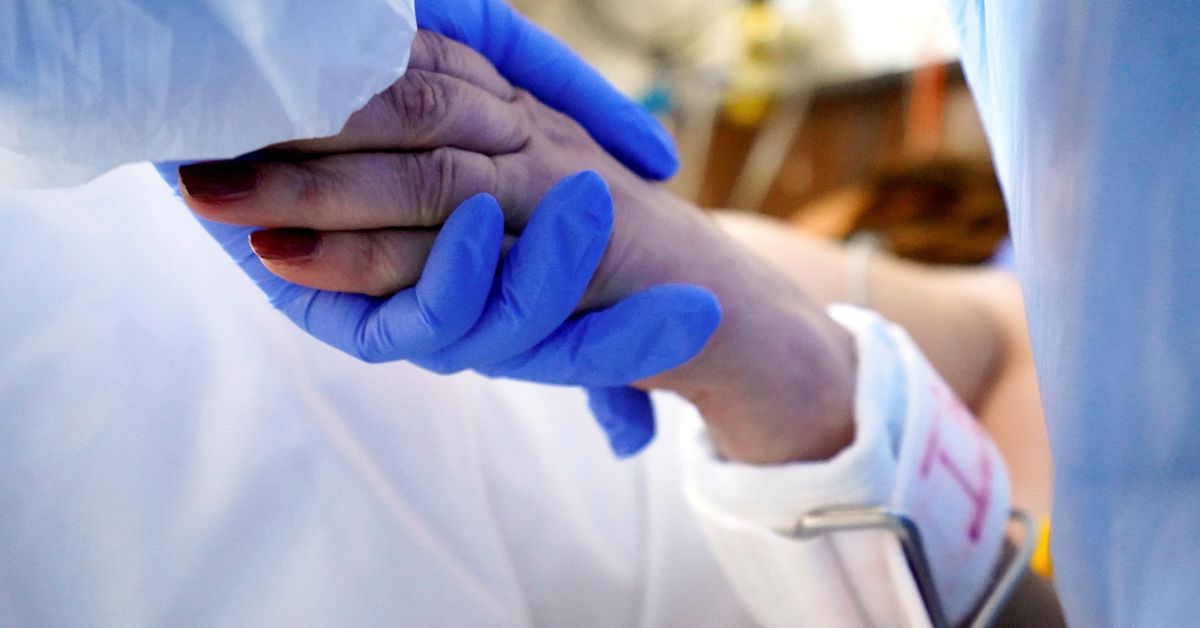 DUBLIN/MADRID, Dec 17 (Reuters) – European countries prepared to impose further restrictions on travel and more on Friday in an effort to stem surging cases of the Omicron variant of COVID-19 that are threatening to stall a global economic recovery.

Germany, Ireland and Denmark were all considering further restrictions in the days before Christmas festivities kick off in earnest, following the footsteps of France, which closed its borders this week to most non-resident Britons.

Ireland’s Deputy Prime Minister Leo Varadkar said that in the face of a “cruel virus,” the government had no choice but to consider unpopular measures including early closing times for bars and restaurants.

“We’re all feeling anger, frustration, dismay, depression, but that cannot deflect us from making the right decisions to keep our people safe,” he said on Twitter.

Under rules that could be announced later on Friday, travellers to Germany from Britain would be required to quarantine for two weeks, a German Health Ministry spokesperson said. read more

Uncertainty about the impact Omicron’s quickfire spread will have on a global economic recovery was reflected in diverging paths taken by major central banks this week.

The Bank of Japan maintained its ultra-loose monetary policy on Friday, although it dialed-back emergency pandemic funding.

Christine Lagarde, president of the European Central Bank, said tighter containment measures to stop Omicron’s spread “could delay the recovery” and the ECB stopped short of signalling a rapid wind down of pandemic support programs.

In contrast, battling high inflation, the Bank of England hiked rates, becoming the first G7 economy to do so since the pandemic began. The U.S. Federal reserve, also worried about prices, signalled plans to tighten next year.

The Omicron variant has driven infections in Britain close to peak levels seen in early 2021, although hospitalisations and deaths remain much lower. European countries and the United States have also seen infections spike in December.

Since the coronavirus emerged in Wuhan, China almost two years ago, more than 5 million people have died of COVID-19 globally and more than 272 million cases have been reported.

More than 8.5 billion doses of COVID-19 vaccines have been administered worldwide to combat the disease – an effort now complicated by Omicron’s outburst.

As more evidence emerges to support the need for booster doses to protect populations against Omicron, several countries raced to accelerate vaccination campaigns.

And European Union governments agreed to order over 180 million doses of an adapted version against Omicron of the COVID-19 vaccine developed by BioNTech (22UAy.DE) and Pfizer (PFE.N), the head of the European Commission said. read more

For its part, hard-hit France approved vaccination against COVID-19 for all children aged 5-11. read more

South Africa, which first identified the variant, said it would donate roughly 2 million doses of Johnson & Johnson’s (JNJ.N) COVID-19 vaccine to other African countries next year, through a medical supplies platform set up by the African Union. read more

A representative from South Africa’s National Institute for Communicable Diseases said COVID-19 hospital admissions and deaths had started increasing nationally, but from a very low base. read more

See also  Customers of big mobile providers overpay and are underserved, says Which?

The government is due to meet with parliament on Friday to discuss the latest recommendations from health authorities, typically a sign that new restrictions are in the pipeline. read more

Ireland’s government was meeting on Friday to consider the additional restrictions, including the possible closure of bars and restaurants at 5 p.m. The EU nation’s hospitality sector is already required to demand proof of vaccination from all customers and limit groups to tables of six.