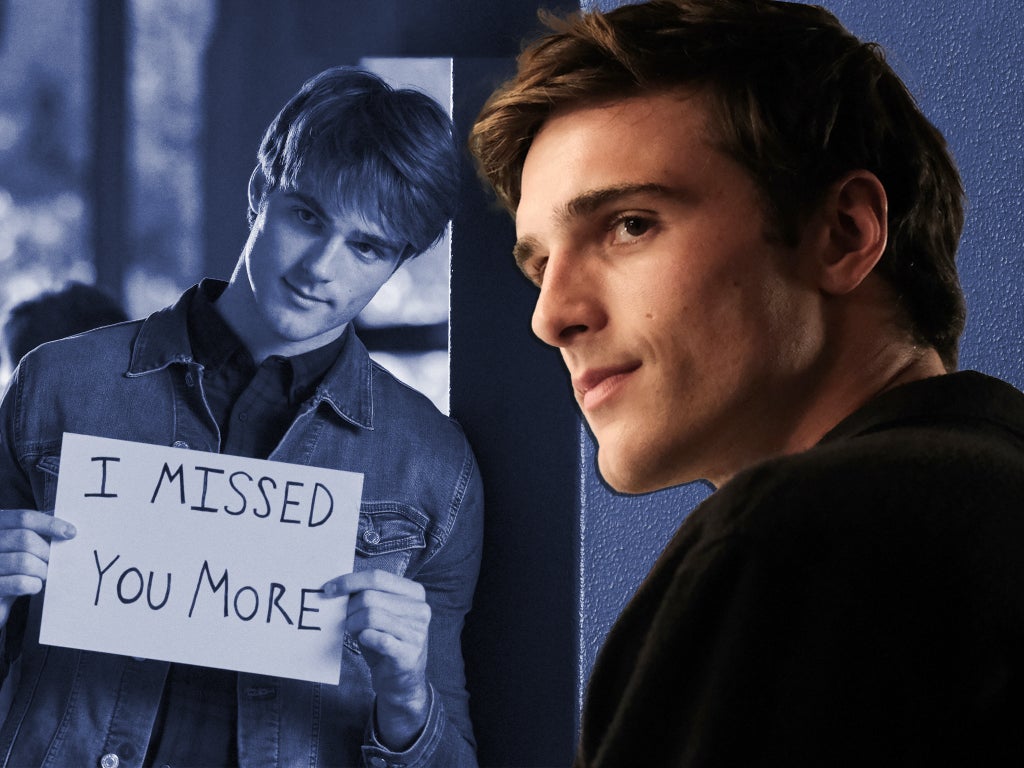 Northor Jacob Elordi’s trajectory in Hollywood could have been predicted. Here was a guy, with perfect bone structure and wistful eyes, who went from fronting Netflix’s never-ending sap-fest the kissing booth to play the vile “emotional terrorist” in Sam Levinson’s gritty drama Euphoria within a year. Vince Marcello’s romantic comedy received disastrous reviews, but became one of the streamer’s top titles when it released in 2018, prompting Netflix to release the second and third installments in 2020 and 2021. This did little to change the trend. critics’ opinion of the franchise, and has likely typecast Elordi as another soft romance leading man. Fortunately for the young Australian actor, the world was already on top. Euphoria when he resumed his role in the kissing booth sequel and threequel.

The R-rated HBO show chronicles the intertwined lives of a group of 17-year-olds as they navigate sexuality, gender dysphoria, self-harm, depression and addiction. It is unnerving, intoxicating and revealing. Euphoria was released in June 2019 and was an instant critical and commercial success. The show was renewed for a second season less than a month after it premiered, Zendaya became the youngest Emmy winner for her portrayal of drug-addicted lead Rue Bennett, and Elordi earned a second chance. to stardom As the show’s totem pole for toxic masculinity and white privilege, Nate Jacobs is among Euphoria‘s most hated characters, making newcomer Elordi’s decision to play him a revelation.

The first season set the stage for Nate’s terrible behavior; His acute issues with his father have turned this Abercrombie-model-looking high school senior into a manipulative, hyper-aggressive, chest-beating boyfriend for Maddy (Alexa Demie), his on-and-off girlfriend. During the first eight episodes of EuphoriaNate cheats on and then blackmails his new trans classmate Jules (Hunter Schaffer), attacks Maddy, then dodges the ensuing assault charges by blaming it on an unsuspecting 22-year-old Tyler, whose drunken hookup with Maddy lands him in the hospital. with a broken neck, reeling from the threat of statutory rape charges from Nate. Nate continues to wreak havoc without consequence, until the season two premiere episode, when friendly neighborhood drug dealer Fezco beats him to a pulp at the start of a new year.

Euphoria doesn’t allow fans to savor the sight of Nate’s bloodied face for long. He’s worse than ever in episode two, tormenting his new love interest Cassie (Sydney Sweeney) into keeping their illicit hookup a secret from her best friend Maddy. “How will you ever look Maddy in the eye again?” Nate asks as he watches Cassie, cruelly intruding on her mind as he performs oral sex on her. Elsewhere, Maddy begins to worry that Nate’s attention has been diverted from her, while former masked Internet dominatrix Kat (Barbie Fereirra) obsesses over her lack of attraction to her doting boyfriend Ethan (Austin Abrams). Through them, euphoria it pokes fun at the female urge to go after the bad guy, despite all the red flags, and Nate is the setting for Levinson’s premise. Intermittently, the star quarterback taunts redemption, but only for his prey to drop their guard. But there is no saving Nate, viewers realize, as Cassie desperately tries to win his affections, but ends up humiliated.

As the kissing booth was first released, Elordi has repeatedly distanced himself from the teen movie franchise, admitting he hasn’t seen the kissing booth 2 to confirm that he was done with the Noah Flynn-esque characters. He calls his role in Euphoria a chance at redemption. “It’s almost like correcting my mistakes a little bit,” the actor explained, “because [my] character in the kissing booth it’s horrible and it’s never really explained.” At various points in the franchise’s films, Noah normalizes rape culture, struggles to address his intense anger issues, and is both controlling and condescending.. Nearly 15,000 respondents agreed with Elordi, voting Noah Flynn the worst teen movie boyfriend, ahead of the late Heath Ledger’s Patrick Verona (10 things i hate about you) and Robert Pattinson as Edward Cullen in the Twilight franchise, in a 2021 poll conducted by The board.

Elordi has also addressed the seemingly “bold” decision to steer her fledgling career in a sinister direction after The kissing booth. During an interview, the actor theorized that committing to risky roles is only considered brave because the actor may lose his celebrity if things go wrong. It’s true that a single rom-com franchise doesn’t make a celebrity, but two flops in a row and Elordi might not have gotten a chance to return for a third. Perhaps his decision to go from every troubled teen’s wet dream to a complex character like Nate Jacobs is based less on a quest for celebrity and more on his desire to do meaningful work while he can get it. Maybe he was just slipping into the shadows of the kissing booth as he waits for the spotlight to shine on his acting chops, not his abs.