The two middleweight rivals have been exchanging unpleasantries for months on end now, having seen their eagerly-awaited contest pushed back twice in December and January due to injury and the Covid-19 pandemic.

But instead of trading insults, this weekend Eubank and Williams will at last be trading fists in front of 10,000 fans in the Welsh capital.

So who will come out on top? sportsmail are on hand with predictions from a number of big names ahead of Saturday’s big fight. 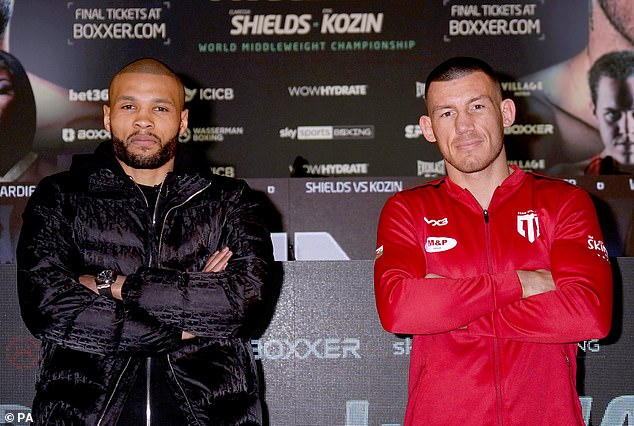 ‘I’d be very, very surprised if Chris doesn’t win this fight,’ Haye told sportsmail. ‘I think having Roy Jones Jr in his corner will play a massive part.

‘Roy Jones has got a great boxing IQ. I’ve spoken with him numerous times and you know when you’re talking to someone and they’re as much as a genius as they were in the ring when they break stuff down for you.

‘He’s got this processing power in his brain where he can tell you something that’s happening in a different way to other people, because he’s telling you it from his own experiences. 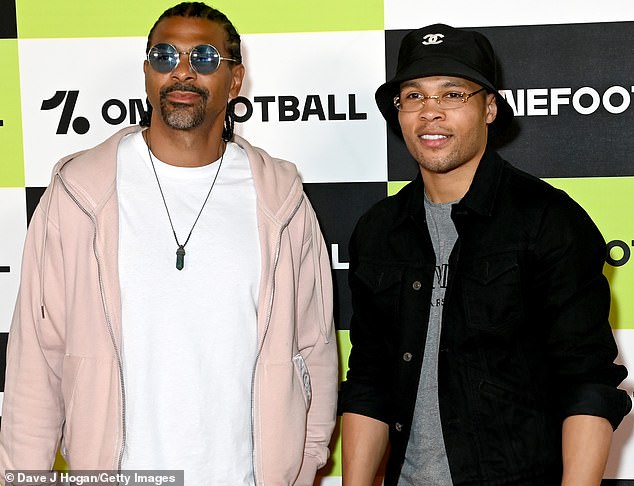 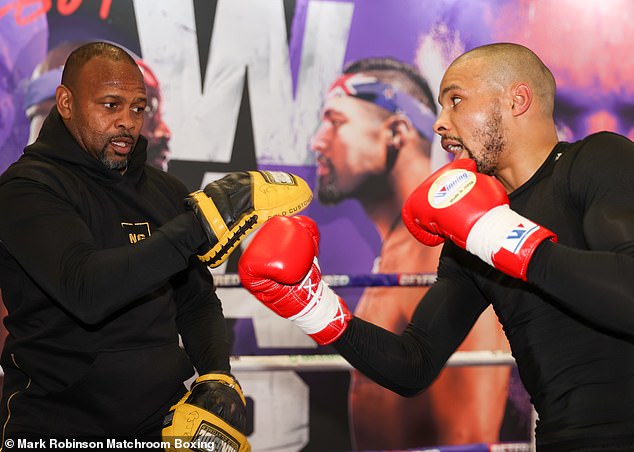 ‘So I’d be very. very surprised if Chris Eubank Jr doesn’t win this fight. I’ll be surprised if he stops Liam Williams, but I think there’s a chance he could stop him after eight or nine rounds.

‘If it’s a slugfest and they’re going toe to toe I’m confident that the engine of Chris Eubank Jr will surpass Williams.

‘But he’s got Adam Booth in his corner now, and Adam Booth makes sure that his fighters are in tip-top condition.

‘So it’s two great coaches in both corners, you’ve got two great fighters, very evenly matched… I think this is getting the hype it deserves.’

‘Liam is my friend and gym mate so it’s hard. I know what he’s like – straight talker who wants to tear up,’ Nelson told sportsmail.

‘With this kind of fight you can’t [have a tear up], you’ve got to sit back and take stock. If he lets Chris wind him up, he’ll lose and walk into shots. That’s the main concern.

‘I think Chris will be busy, he can fight as well as box, he’s fast – so is Liam. Chris is bigger and so I would lean towards Chris unless he’s arrogant and complacent to think this is a walk in the park. I need to respect Liam. If he doesn’t, he’ll get hurt.

‘We saw in the Gloves Are Off where he was dismissive and I hope that was just a front. He needs total respect otherwise he gets turned over.

‘I think it’s going to be a grievous fight. It’s not as easy as what Eubank thinks, Liam is a tough fighter, an educated fighter. If I’m wrong I don’t mind, but if I’m honest I think it’s a Eubank win – but definitely not a walk in the park.’ 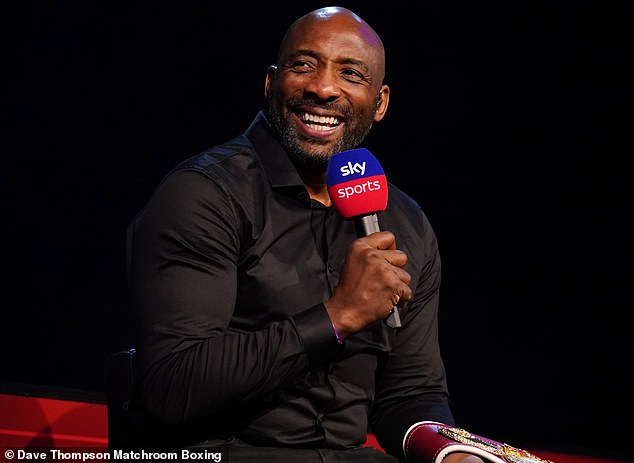 ‘I think it will be a good fight,’ Fury told BBTV Boxing.

‘I rate Eubank, I think he’s a good fighter. It’s hard to say [who wins], it just depends on what Liam Williams has.

‘It’s a good fight. I’d slightly edge towards Eubank on past performances, but now [Williams has] gone with Adam Booth hasn’t he? And I highly rate Adam Booth, he’s a good trainer.

‘So I think we’ll see a different Williams. I think whatever flaws are there he’ll iron the creases out, so it’ll be a good fight definitely.’ 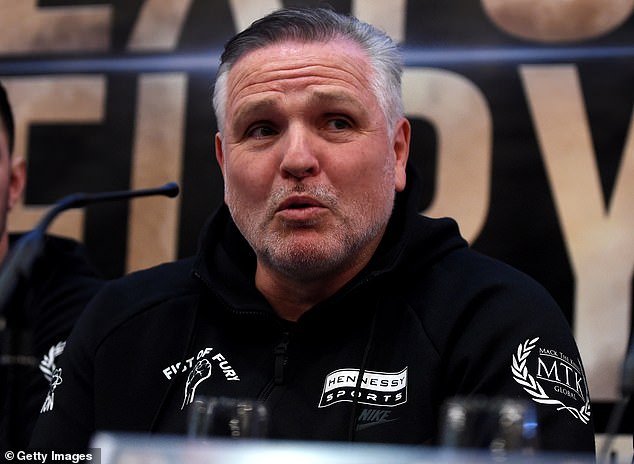 ‘Great fight, what a fight. I’m really excited about that one because Williams has come up short against Demetrius Andrade, also against Liam Smith a couple of times but he’s rebuilt since then, he started to look a lot better and then he boxed Andrade,’ he told Boxing Social .

‘I think Andrade is just never gonna be the right style for Liam Williams. Williams is effectively a decent counter-puncher that’s got heavy hands. He can mix it in close, but he likes guys to walk onto his shots and I think that’s always been a problem for Eubank Jr, he’s always walked onto decent shots.

‘But one thing he can do is he can take a fantastic shot Chris Eubank Jr. But, he’s been up at 168 for a long period of time and now he’s coming back down to 160. 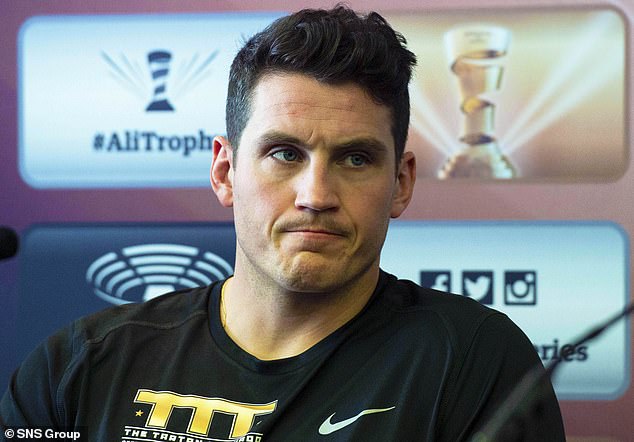 ‘I haven’t been impressed with him in his last two fights. Whether that’s him trying things out with Roy Jones Jr or whether it’s the fact that he’s brought himself back down to 160.

I’m not gonna pick a winner. Eubank has beat better opponents, so I would favor him, but I also think Liam Williams when his back’s up against the wall he really performs. So it’s gonna be a very interesting fight.’ 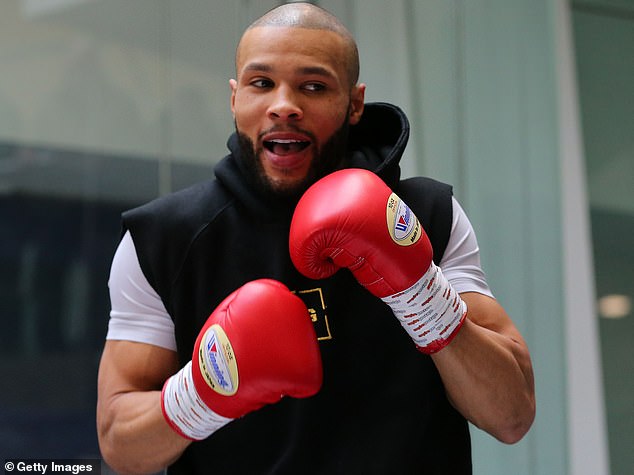 ‘I believe Liam will win the fight,’ Blackwell, who was forced to retire from boxing after his 2016 defeat against Eubank left him with bleeding on the skull, told sportsmail.

And not just because Liam is my good friend. I’m looking at the fight from a boxer’s perspective. I feel Liam has fought better opponents lately and been up there at a higher class.

‘Liam has won his most recent fights by TKO or KO, and in the Liam Smith fight he got headbutted and had to be withdrawn from the fight. There’s no shame losing to Liam Smith or Andrade, two top class fighters.

‘Liam’s in his hometown of Cardiff and he will have the crowd and his family behind him – not that this will face Eubank, as he’s often booed into arenas. He thrives off it. 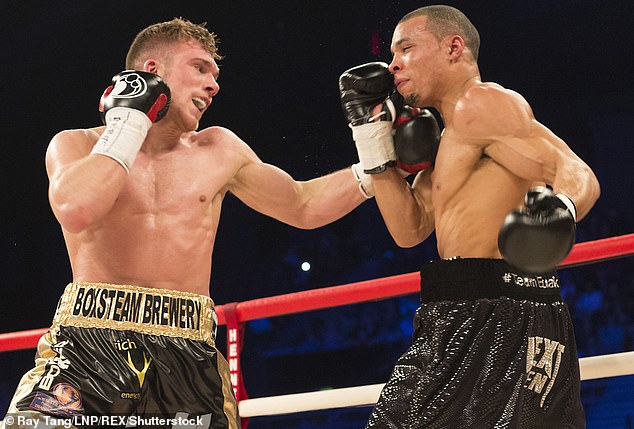 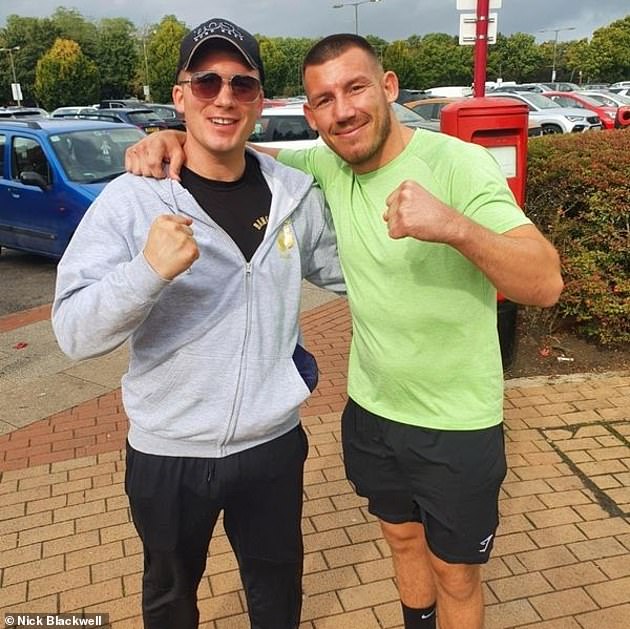 ‘Liam is an animal, tough, a very hard hitter and I believe Eubank is underestimating him massively. From what I’ve been hearing from Liam, Eubank has put a rematch clause in the contract. If he was so confident he was going to win, why ask for a rematch? It says it all really.

‘Liam is so big and strong for his weight and seems really focused on the job ahead of him. This is the best I’ve seen Liam; he’s more than ready.’

When pressed for his official prediction, Blackwell said: ‘Liam Williams wins on points, but I hope it’s a KO. I wish Liam good luck, and let the best man win!’

‘It’s going to be a tough fight – a fight of attrition. Adam being in the corner won’t change that,’ Eubank’s promoter told sportsmail.

‘I don’t believe Eubank can lose against anyone right now in the world when it comes to a tough fight because that’s what he’s made of. He is one tough b*****d. That’s fact, no one would argue with me on that.

‘When it comes down to it and he puts down the gas, you look across the ring when you both get up from the seat, you don’t want him coming at you.

‘You can have your moments and think you’re wearing him down. But ultimately you know he’s one of those championship round fighters, he comes on strong. He eats and eats and eats. I just think that will be the deciding factor.’ 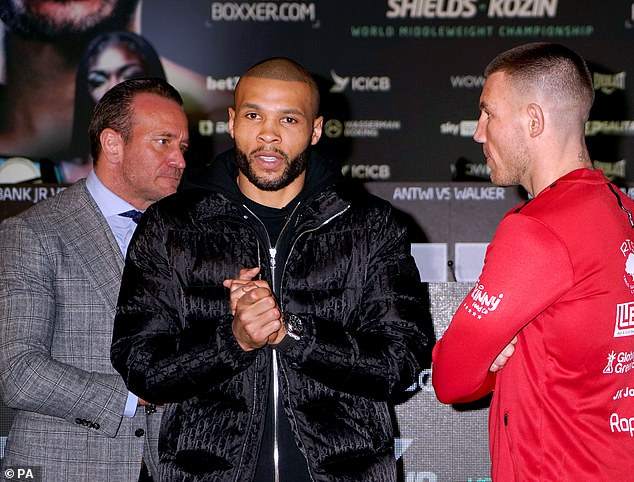 ‘I don’t know, I don’t know. The size worries me about Williams a little bit. He’s not naturally a middleweight, is he? And we’ve seen Eubank has campaigned up at super-middleweight.

‘I think size could be the difference, Eubank could be a little bit too busy for Williams.

‘But I wouldn’t rule Williams out. He’s a very good fighter, but I just think size and volume of punches could be the difference in that one.’