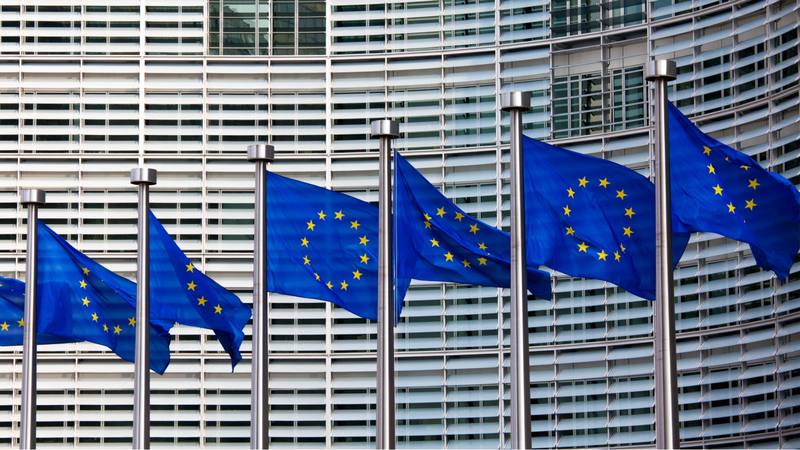 The heads of State and Government of the European Union (EU) have warned Russia on Thursday that a new military aggression against its neighbor Ukraine would have “Great consequences and a severe cost”, including internationally coordinated sanctions, although they have not given details of them in the hope that this notice will serve to deter Russian President Vladimir Putin’s intentions to invade the country.

“Any new military aggression against Ukraine will have great consequences and a severe cost in response, including restrictive measures coordinated with partners”, Have pointed out the Heads of State and Government of the Twenty-seven in statements approved at the summit held in Brussels, the last of the year, which has had among the main points of the day the increase in infections in the EU and the threat of the omicron variant or the unbridled escalation in electricity costs, although both have ended without progress in this regard.

With this threat, the Twenty-seven They try to exhaust the diplomatic channel with Russia Faced with a situation that has been worsening in recent weeks as troops accumulated on the border with Ukraine. In the same vein, Josep Borrell, the EU High Representative for Foreign Affairs, took a position last week, warning Russia that the EU “will firmly support Ukraine” in this conflict.

For all this, they have underlined the “urgent need for Russia to reduce tensions caused by the military concentration and by their aggressive rhetoric, “while they have reiterated” their full support for the sovereignty and territorial integrity of Ukraine. “The debate among European leaders on what to do against Russia has lasted almost three hours, during which they have not had access to mobile devices so that there would not be any type of filtration.

To ensure confidentiality, the discussion takes place without electronic devices.“

However, EU leaders have avoided listing the sanctions that Russia could face and have not approved preventive measures, as claimed by Ukrainian President Volodymyr Zelensky. Instead, they have requested a return to diplomatic channels, “especially in the Normandy format to achieve the full implementation of the Minsk Accords ”, referring to the forum created in 2014 in which Germany and France act as mediators between Moscow and Minsk.

Along the same lines, the NATO countries have warned this Thursday that “a new aggression against Ukraine will have serious consequences and will carry a high price”, thus joining the United States or the United Kingdom, which in the framework of the meeting of the G7 foreign ministers last Saturday, alerted Russia to the “serious consequences” that an eventual incursion of its troops into Ukraine would entail.

They condemn the “instrumentalization of migrants” by Belarus

Regarding Belarus, the European Council has “strongly condemned the instrumentalization of migrants and refugees by the regime of Belarusian President Alexandr Lukashenko, and“the humanitarian crisis that has created”. The European Heads of State and Government thus accuse Belarus of having orchestrated this crisis, which erupted on November 8 with the concentration of several thousand migrants on the border between Belarus and Poland, and of using them as cannon fodder in their confrontation with the EU, which has imposed sanctions on Minsk for the last elections, considered fraudulent, and its repression of opponents.

“The EU will continue to counter the hybrid attack launched by Belarus with a determined response, addressing all dimensions of the crisis in accordance with European law and international obligations, including fundamental rights,” the Twenty-seven insisted, highlighting the importance of protect the EU’s external borders ‘effectively’, including through “strengthening the legal framework” of the community. They have also called for the restrictive measures against Belarus to be applied “quickly” – after the recent adoption of the fifth package of sanctions – and have warned: “We are prepared to adopt new measures as necessary.”

Continuing with migration, European Union leaders have also urged the European Commission to mobilize funds to finance actions on all entry routes to the EU, as well as to report on the measures to carry out the returns of irregular migrants. “The plans must be made operational and applied without further delay,” they have pointed out in their conclusions.

No progress in the fight against the pandemic and energy prices

In this way, after 14 hours of debate, the last European summit of the year has concluded without great progress, since the Twenty-seven have not managed to acquire a common commitment to face the new wave of coronavirus and the threat of the omicron variant, nor have agreed on a community response to curb the runaway rises in the price of electricity, which reaches record after record every day.

“Unfortunately, we have not been able to reach an agreement on the energy issue,” said the President of the Government, Pedro Sánchez, in a press conference at the end of the Council, alluding to the fact that certain countries – Poland and the Czech Republic, according to sources familiar with RTVE- have not accepted a minimum agreement to regulate the market, which for Spain was “enough” and “they have put other issues that have nothing to do with the price hike.”

Among these issues, Sánchez has pointed out elements such as the well-known “taxonomy”, which debates whether to incorporate nuclear energy or gas as transitory energy sources given the high price of natural gas or the CO2 emission rights markets.2. In this way, European leaders have been called upon, for the second time, to address the debate at the next summit, which will take place in March 2022.

See also  The pandemic triggers inequality around the world | Economy

On the other hand, regarding the coronavirus, community leaders have agreed that it is necessary to maintain coordination and certain homogeneity in the measures that affect travel and free movement between member states, although with exceptions. Spain is precisely one of the countries that demands a joint response and rejects unilateral decisions, while Portugal, Italy, Ireland or Greece already require a negative test, in addition to the COVID certificate. In the same way, the Twenty-seven have opted for a “coordinated approach” regarding the validity of the Digital COVID Certificate, without specifying more details.

The debate erupts in the midst of the coronavirus wave on the continent and the threat of the new omicron variant, which will become dominant “in the first two months of 2022”, according to estimates by the European Center for Disease Prevention and Control (ECDC). Given the potential transmissibility and immune escape of virus mutations, they have urged countries to expand vaccination coverage and accelerate the administration of booster doses. And they have concluded that they must stay restrictions on travel from southern African countries, to avoid omicron expansion.