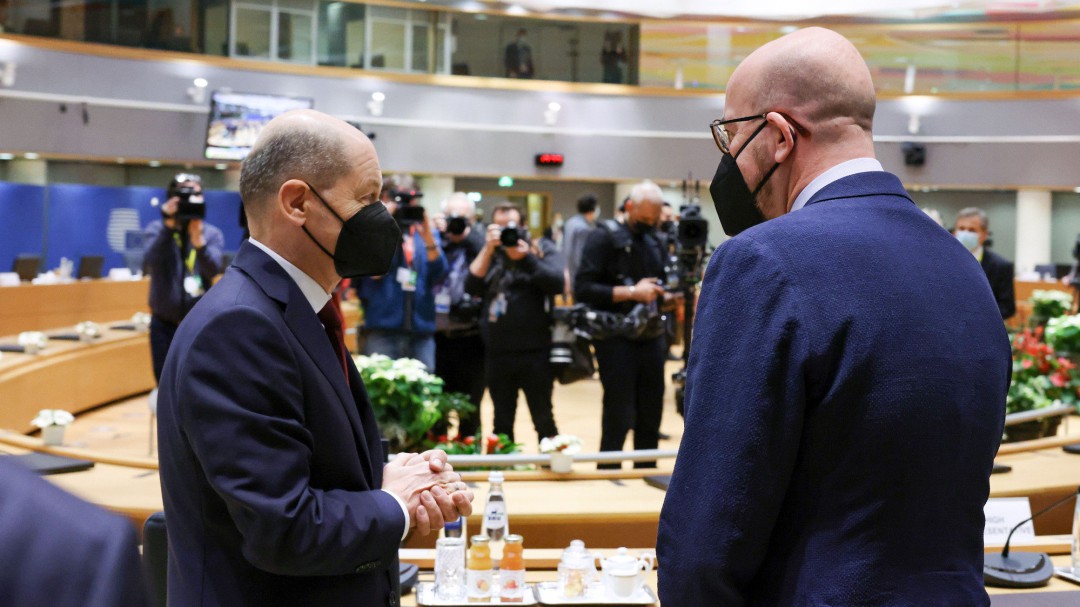 The leaders of the European Union countries were unable to agree on a common response to continue tackling the energy price crisis, after ten hours of negotiations at the European summit held in Brussels.

“We have not reached conclusions,” explained German Chancellor Olaf Scholz at a joint press conference with French President Emmanuel Macron, after concluding the meeting of heads of state and government of the bloc.

The German added that, although the capitals have “divergent opinions”, there is also “agreement” on the need to “closely monitor” the evolution of energy prices in Europe.

EU leaders held a first three-hour exchange on Thursday on the response that the EU should give to the rise in energy prices and many called at that time for changes to the preliminary text that had reached their table, they explained. several delegations to EFE.

One of the main problems was in the operation of the ETS emissions trading system, which sets the price for CO2 emission rights.

Many countries, including Spain, ask to analyze this market due to the possible speculation that, they suggest, has derived a price that has come to exceed 80 euros per ton compared to the 37 euros that it marked last January.

On the other hand, a group of countries demanded a specific reference in the text on the future decision of the European Commission that should establish whether investments in nuclear energy and gas can be classified as sustainable or not in the so-called “taxonomy”.

France, with the support of the East, demands that nuclear be given the green energy label, something that countries like Germany oppose, which on the contrary advocates including gas as transitional energy.

“We have different models of electricity production and that these years have continued to differ, it is normal that we do not follow the same objectives,” justified the French president about this discrepancy between Paris and Berlin.

Once the friction points were known, the leaders paused the debate on energy to address other issues, such as tensions with Russia or the economic recovery, and resumed the discussion hours later to try to reach an agreement that was ultimately not possible.

Spain, which was the country that requested that energy enter the agenda, came to the meeting interested in improving a first draft of conclusions that diplomatic sources described as “insufficient” and that included a reference to the joint purchases of gas that the Commission Europe proposed the day before to respond to emergency situations, such as power cuts.

Madrid has demanded this measure for months, but considers that it should be an option for the capitals at a time of price increase like the current one.

However, as the leaders did not agree on a common text on energy, the reference to rapidly studying joint gas purchases that contained previous versions of the text also declined.

After the summit, some diplomatic sources point directly to Poland and the Czech Republic as guilty of ending without an agreement, but the president of the European Council, Charles Michel, limited himself to admitting that “the differences at the table” have prevented it.

“We have understood that we need more time,” said the former Belgian prime minister, to later underline that the leaders “are determined to act together” and announce that the Twenty-seven will debate the issue again at their next meeting.