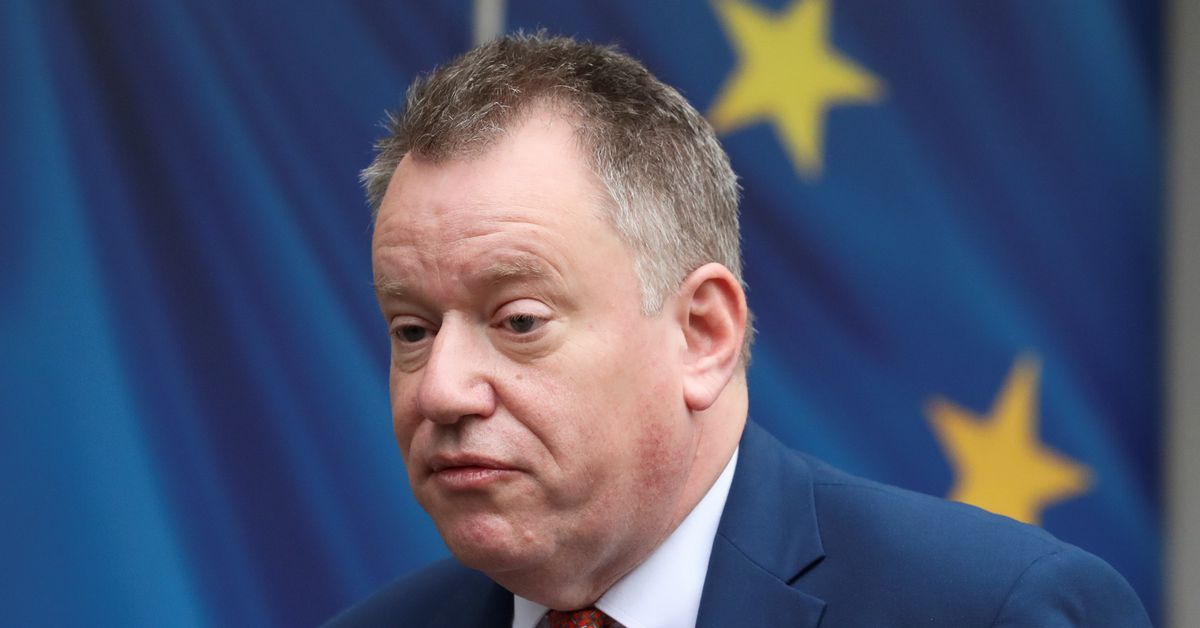 Britain and the EU agreed to intensify efforts to resolve difficulties over trade from the UK mainland to the British province this week after Brussels cautiously welcomed a change in tone from London following weeks of verbal sparring. read more

Britain hasrepeatedly threatened to trigger the emergency clause in the Brexit deal, known as Article 16, potentially leading to a trade war.

Housing Minister Michael Gove, who was previously in charge of implementing Britain’s EU divorce deal, told a news conference in Dublin that he believed the European Commission was taking a “constructive approach”.

“(Brexit minister) Lord Frost has signalled that, while of course it’s always possible that Article 16 may require to be invoked, we’re confident we’ll be able to make progress without it.”

Maros Sefcovic, the Commission vice-president in charge of EU-UK relations, said it was essential the improvement in tone led to results.

The EU executive said there was “genuine urgency” on maintaining an uninterrupted supply of medicines from Britain to Northern Ireland, which remains in the EU single market for goods.

Frost said after his meeting with Sefcovic that talks had shown potential to generate momentum.

However, he also said “significant gaps”remained across most issues and repeated that, if no solution was found, Britain was prepared to trigger Article 16. read more

Article 16 is an emergency brake that allows either side to seek to suspend parts of the agreement that introduced some checks on the movement of goods to Northern Ireland from mainland Britain if they lead to persistent difficulties.

Frost said the two sides had not made substantive progress on fundamental customs and sanitary and phytosanitary issues governing agri-food trade from Great Britain to Northern Ireland.

Speaking after meeting Gove at the British-Irish Council, Irish Prime Minister Micheál Martin said he detected a genuine desire from all sides to solve the issues.

Since leaving the EU last year Britain has delayed the introduction of some border checks that were designed to avoid the need for a hard frontier between Northern Ireland and EU member Ireland.