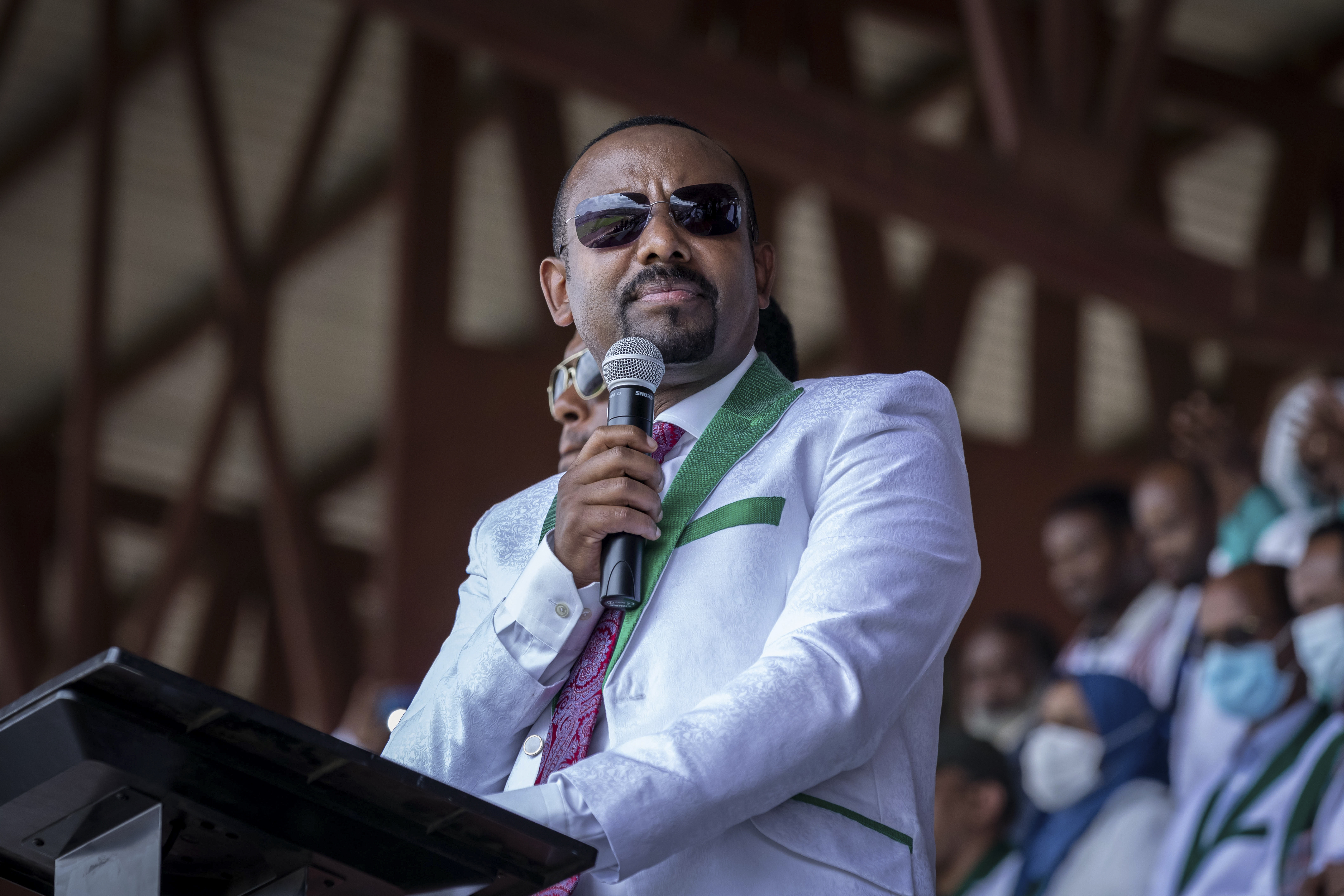 Ethiopian Prime Minister Abiy Ahmed has delegated his government functions to an alternate and has gone to the war front to coordinate the military efforts of the Ethiopian Army against the Tigrayan and Oromo rebels, official media such as the agency reported on Wednesday. Fana. To this end, he has appointed Demeke Mekonnen as a substitute until now, said Legesse Tulu, a government spokesman. This decision comes days after the rebels claimed to have taken the city of Shewa Robit, about 200 kilometers from the capital, Addis Ababa.

Last Monday, Ahmed, who won the Nobel Peace Prize in 2019, already announced through a statement his intention to go to the front line of battle. “As of tomorrow they will mobilize me to the front to lead the Armed Forces. Those who want to be among the children of Ethiopia who will be celebrated by history, stand up today for your country. Let’s meet at the front, “he assured,” the time has come to lead this country with sacrifice. “

On the ground, military operations have resumed. The rebels of the Tigray People’s Liberation Front (TPLF, according to its acronym in English) claimed to have taken the city of Shewa Robit, about 200 kilometers from the capital, and this Wednesday intense fighting was recorded on the road that connects this town with Debre Sina, even further south. In addition to advancing on Addis Ababa, the Tigrayan rebels, who have been joined by the Oromo Liberation Army (OLA), are trying to cut off the road linking the capital with neighboring Djibouti, which would mean interrupt the circulation with its main port of entry and exit of goods. So far they have not succeeded.

The United States special envoy for the Horn of Africa, Jeffrey Feltman, described as “alarming” the military movements of the last days after a period of impasse of military operations, he said Monday at a meeting in Washington with journalists after returning from Ethiopia. Although he spoke of “incipient progress” in getting both sides to negotiate, he emphasized the risk posed by the continuation of the conflict. “What worries us is that this fragile progress threatens to be overshadowed by alarming developments on the ground that call into question the stability and unity of Ethiopia,” he said.

Feltman, who admitted talks with both the Ethiopian Government and the TPLF, recalled the demands of both parties: while the federal authorities call for the withdrawal of the rebels from the Amhara and Afar regions, the Tigrayans demand the end of the blockade of Tigray to authorize the entry of humanitarian aid to assist some 400,000 people at risk of famine, a figure confirmed by the United Nations. However, one of the main points of friction is that the TPLF includes a demand for the resignation of Abiy Ahmed and he considers that a military victory against the rebels is possible, as shown by his march to the front.

Faced with a possible deterioration in the situation, several countries, including the United States, the United Kingdom, Germany, France or Turkey, have asked their citizens to leave Ethiopia as soon as possible. Similarly, the United Nations has begun the imminent evacuation of the families of its employees in Ethiopia, affecting hundreds of people. In Addis Ababa, the Police have trained some 147,000 volunteers to patrol the streets in the face of a possible infiltration of rebels in the capital, 2,000 of whom collaborate directly with the forces of order. “These volunteers are the eyes and ears of the police,” Commander Solomon Fantahun, director of the capital’s Community Police, told Reuters.

The Ethiopian war broke out a year ago after the TPLF, which rules in the Tigray region, but had lost power in Addis Ababa following the arrival of Ahmed’s government, disobeyed the federal government and decided to hold regional elections suspended by the covid-19. On November 4, 2020, Ahmed declared war on the TPLF following the alleged rebel attack on two military bases.

Three weeks later, Ethiopian troops entered Mekele, the capital of Tigray, and Ahmed declared the end of the conflict. However, the TPLF launched a counteroffensive months later, recapturing Mekele and much of Tigray, and began its advance south, occupying various cities in neighboring Afar and Amhara regions. The war has caused thousands of deaths and some two million people displaced from their homes, in addition to a serious humanitarian crisis in the north of the country. The UN has accused both sides of war crimes and human rights violations.