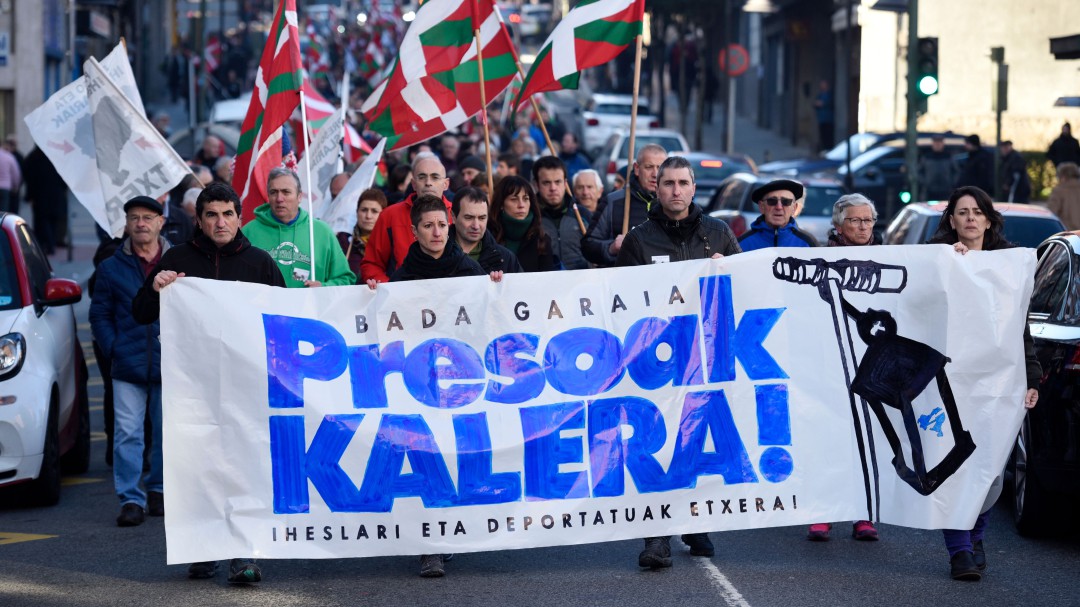 The ETA inmates’ collective (EPPK) announced this Monday its intention to end public receptions for released ETA inmates and undertakes to limit receptions to “discreet” acts in “the private sphere.” In a statement that the newspapers advance New and Naiz.info, the prisoners of the terrorist organization maintain that they “understand” that the victims of ETA may feel “hurt” by the public “ongi etorris”, so they have decided that the receptions take place only in a “private and discreet” environment.

“By means of this statement, EPPK conveys our family, friends and colleagues, and Basque society, who wishes that the greetings that are made to us when we go out to the street be produced in a private and discreet way, following the path taken in general in recent months, “the statement said. “From now on, we only want receptions in a private space between relatives,” they insist.

ETA inmates affirm that “there are people who have honestly expressed that they feel pain with the public ‘ongi etorris'”. “They are people affected as a result of the actions of our militancy in the past and we understand that they may feel hurt,” they add.

The EPPK affirms that the prisoners have the right to “receive the embrace of their relatives” after “long years and harsh prison conditions”, but recalls that the victims “have expressed that the public acts of reception cause them pain.” “We clearly say that our desire is to alleviate all suffering and open new options, heal wounds and strengthen coexistence among Basque citizens,” argues the group of ETA inmates.

For this reason, after consulting the members of the group imprisoned in Spain and France and “continuing with other decisions taken and other previous steps”, the EPPK “considers it convenient” that the “joy” at being released be shared by those close to them who they await them “at the door of the jail” or with those who receive them “in a discreet way.”

The EPPK frames this decision in “an individual and collective contribution” to “peace and the recognition of the suffering of others”, which is added to its own and that of its relatives. The prisoners emphasize that “certain agents and parties” use the question of the ‘ongi etorris’ to seek “irresponsibly confrontation instead of coexistence”, while they, they maintain, do not wish to “feed any sterile controversy”, but rather pretend “act constructively and be responsible.”

“We will not give up on the path taken; the excuses of those who feel comfortable in the most pessimistic attitudes are becoming more and more in evidence before the Basque citizens, especially as their influence is fading”, add the inmates of ETA.

The group of prisoners recalls that ETA stopped killing 10 years ago and regrets that “they want to prevent peace and perpetuate the imposition, they have sought to block and sabotage every step forward since then, seeking revenge and with the will to impose a fallacious story that distorts the conflict, feeding the story of winners and losers “.