Skip to content
Home News Ermonela Jaho: “I like the fear that makes me feel imperfect singing” | Culture 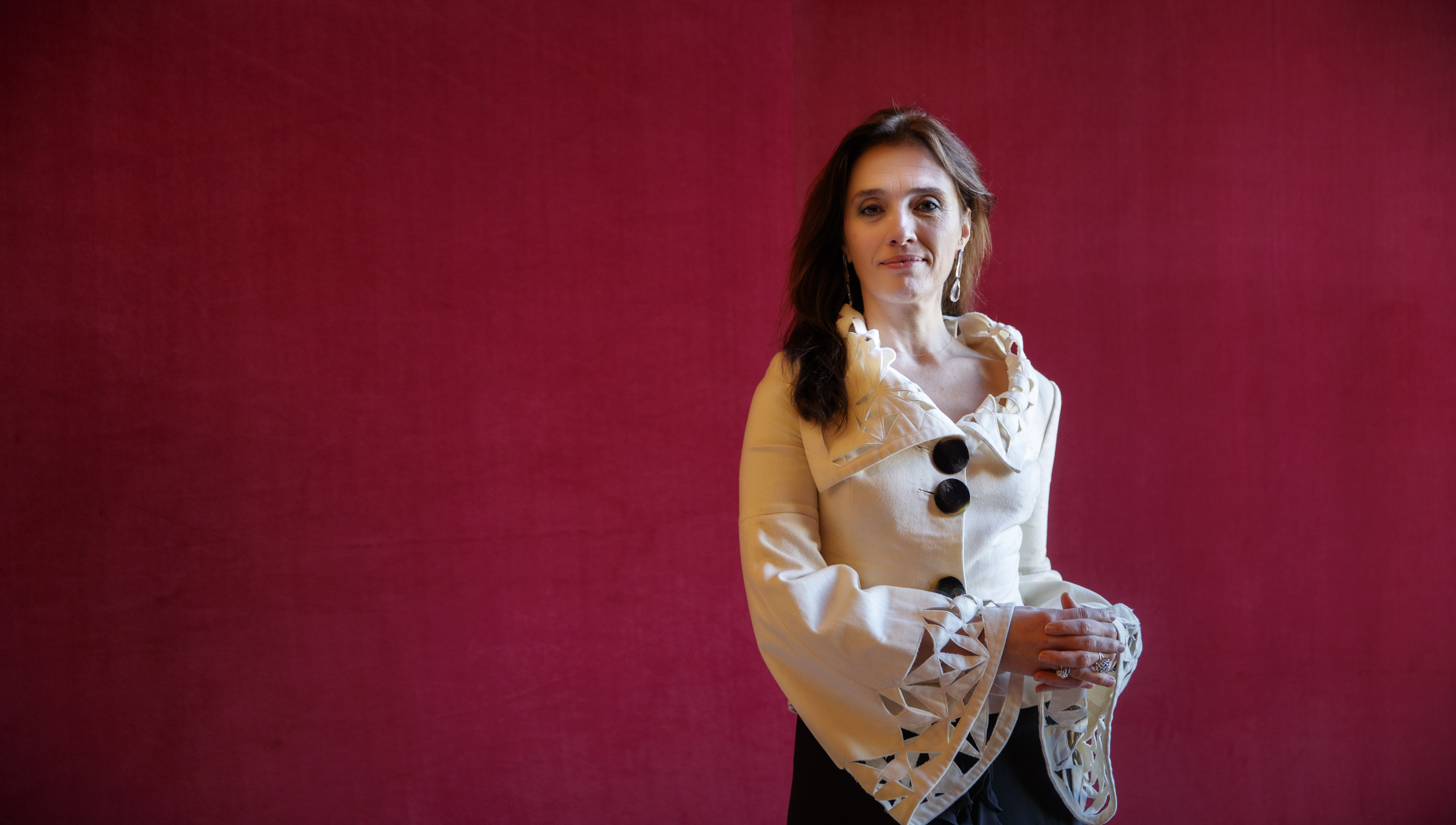 Watch out. Ermonela Jaho is a soprano who sometimes levitates and makes her levitate. The 47-year-old Albanian returns to the Royal Theater this Christmas to sing Bohemian starting next Sunday. It was forged on the basis of military discipline and his father’s philosophy classes in the communist Tirana. There he went to see the Traviata and vowed not to die without getting on stage at least once to do so. She was an immigrant in Italy, she fulfilled her dream, today she is one of the greatest sopranos in the world: by force of character, will and, she says, authenticity. The pandemic has made him stronger, he believes that he will put the artifices in place: “There will be a battle and whoever transmits the truth on stage will win,” he says. She has weapons to spare.

Ask. Some singers have suffered their particular crisis during the pandemic, how have you handled it?

Answer. It has been a difficult situation. A sudden stop that makes everything rethink. I always face each performance as if it were the last one I will do in my life. And that has helped me to face this situation because, in effect, everything can disappear in an instant. Anyway, I took the opportunity to improve, although I canceled eight contracts.

P. Did you sing a lot to yourself?

R. Something unexpected happened to me. I felt a bit useless.

R. They asked me to sing online, I tried it but it didn’t work.

P. Did you need the audience in front of you?

R. Yes, it is more: I even needed that fear that makes you feel imperfect, at the expense of error. That energy is essential. Sing before a screen …

R. No it has not. Music is the language of the soul. The Greeks already taught us, and from there to Wagner, that we make music to provoke emotions in others, like a catharsis, a therapy.

P. Screens off, then.

R. Outside, yeah. I have tried but I have found myself cold. Either I notice the public or nothing. That I have understood. If not, I looked useless, I believed that I am not capable of singing, I felt …

R. That, exactly. I didn’t dare say it but yes, ridiculous. So I dedicated myself to studying and waiting for fate. And my destiny is to sing for whoever is in front of me. It’s what I’ve done all my life, since I was a child. Another thing is to study. Study but to put yourself in front of the public because we are gladiators of the scene.

P. Is studying about testing the risks?

R. I conceive the study to test you, to overcome your limits, to see if you are capable of more. And in the pandemic I have studied as if I were going to prepare for a marathon and I have realized that yes, that I can go further and not get stuck in comfort.

P. You’ve put your endurance to the test, sure. And its fragility?

R. They are two poles and there is no middle ground between them: between strength and surrender. This is life or death, sorry if I seem exaggerated. All or nothing. The stage is a holy place.

P. You say it makes sense for you to sing for others since you were a child. When did you realize that?

R. Children are a white paper. I felt the sacrifice of my parents for me to dedicate myself to this.

P. He comes from communist Albania, I guess it must have been tough.

R. Much. My father was a military man and professor of philosophy. An idealist who transmitted me a fundamental discipline for my career and my life. Art is not a light thing, it needs iron discipline. My mother, a teacher, had to raise five children. In that environment where freedom was lacking, I felt that I had to comply, be perfect in the face of what my parents expected. That haunts you.

See also  Score and latest updates from the Premier League

R. Exactly, until today. My parents saw that I was happy singing. That it was my way of conquering freedom. That it conveyed different feelings, that it was another. That happens to me today, in each character I contribute a part of myself. If I feel something today, it is not being able to continue thanking my parents for everything they did for me. I am very excited to remember it, parents are missed even if you turn 90, they are part of your journey, like friends.

P. How did you think you could dedicate yourself to opera?

R. When I first saw one Traviata in Tirana. I promised myself that I would not die without at least having done it even once.

P. And how many does it take?

R. 301. I have counted them precisely because one day I made that promise to myself. To realize what it has cost me. Imagine an 18-year-old girl who emigrated from Albania to Italy at that time when the ships loaded with my compatriots arrived at the ports, with no money or more fixation than a dream. Without knowing how much of the truth that dream contains or if it is a hallucination, how many times you have to fall and get up to get there. You must measure your strength and my father’s discipline undoubtedly helped me. You can always go further, further.

R. Yes, but it is torture, because you are never satisfied. But that’s how it is. And more so now, that everything has changed so much.

P. Do you really believe it? We have changed?

R. We must find a way to see to what extent and define them. Although human feelings and emotions have not changed, they have been the same for millennia. What you have to do is enjoy joy much more when sorrow surrounds you. Everything can change from one moment to the next.

P. Has the moment therefore come, perhaps, to stop artifacts and go to the fundamentals?

R. Yes I think so. In addition, the public will perceive to detect falsehood, which is not authentic: we are under examination. A hard test on these questions.

R. Yes and who does not pass it … I think that in this time only artists who transmit truth, authenticity will survive. Those who don’t, go. It will be an interesting battle. There is much mediocre, not in this world alone, I say in general, with all this artifice, this baroque style that sometimes makes me feel alien to the world, wanting to get away, to go out into the country, to disappear. This world is weird, huh.

R. Yes, everything that does not convey the true, the real.

P. The blessed imperfection that technology wants to correct?

R. Exactly. The soul that suffers and laughs is the one that transmits the human and is, imperfect, there is the grace and the difference. In vulnerability.

P. In the force of vulnerability?

R. Sometimes that surprises you on stage and you don’t expect it. Suddenly, it happens to you and instead of stopping you must have the courage to take it out, let yourself be carried away until you feel the earth under your feet, that you rise. It doesn’t happen often, eh, but when it happens it is a unique trance. You don’t know how you remember the lyrics, internal music plays, you don’t think about the voice, you cry. But you sing with a feeling that I can’t explain. It is difficult afterwards even until you go out to be applauded, you don’t listen to them. If you get used to this, it hooks you and many times you are disappointed if that feeling does not return. It seems unfair that it does not reappear.