Skip to content
Home News Eriksen: “The cardiologist said I was 30 years old, I regained consciousness and I said ‘hey, I’m only 29′” | sports 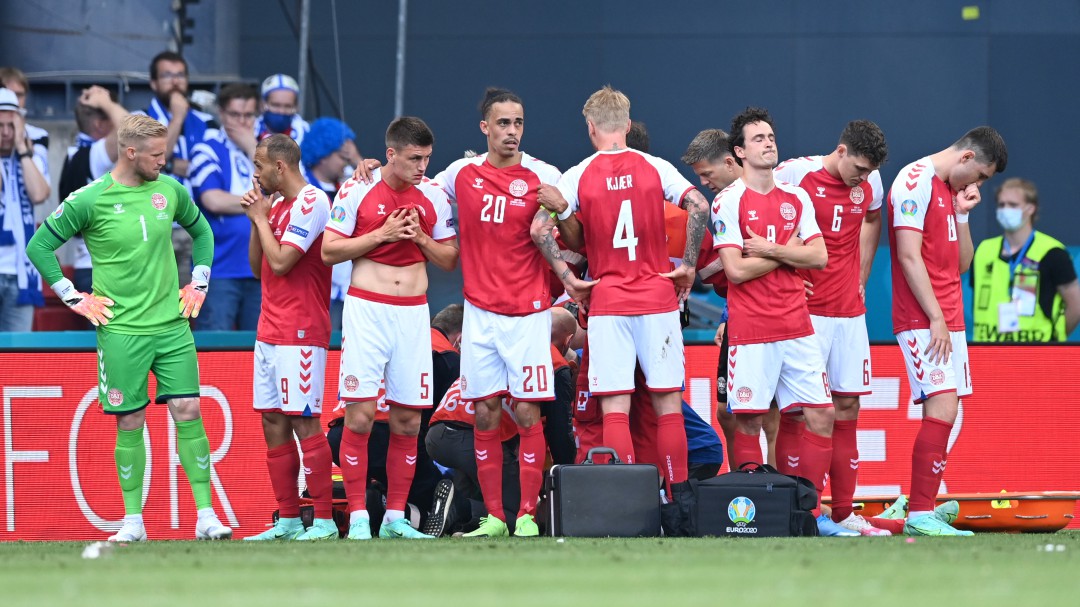 Danish international Christian Eriksen, who suffered cardiac arrest during a match at the last European Championship, has assured that he wants to return for “love” to football and that he wants to be with Denmark in the next World Cup. Days after the scare, he was implanted with a defibrillator, a device contraindicated for the practice of professional football in Italy, which caused him to terminate his contract with Inter a few weeks ago. Meanwhile, the Danish midfielder has trained on his own and his agent has hinted that various clubs have taken an interest in him. Doctors have given a “green light” for his return to professional football and the former Inter player has set himself the goal of reaching Qatar in 2022.

Eriksen, who has given an interview on public television ‘DR1’ in his country, has explained how those minutes were when he collapsed in Copenhagen during the match between his team and Finland. According to the footballer, he remembers everything “except those minutes in which I was in heaven.” “Before the game I was feeling great, there was no hint of anything. I was feeling normal so I didn’t see it coming at all. I remember Joakim Maehle’s throw-in. I also remember he hit me with the ball and I returned it using my shin. I felt a little cramp in my calf and then I passed out, “said the Dane.

Minutes later is when he woke up. “When I woke up, I felt the doctors pressing against my chest. I struggled to breathe, and then I heard weak voices and doctors talking. I thought something like this couldn’t be happening to me, that I was healthy. The first thing that occurred to me was that I had broken my back. I wondered if I could move my legs or toes, little things like that, “Eriksen continued,” I felt distant, it was hard to breathe. I started doing it with my eyes closed, and then I started seeing people all around me. All the doctors were around me, I could hear their voices. So, I said to myself ‘move on’. I remember when our cardiologist said I was 30 years old, I replied: ‘Hey I’m only 29, so calm down ‘I regained consciousness immediately. “

Eriksen returns for ‘love’ to football

“My goal is to go to the World Cup in Qatar,” said the player in his first interview after the serious incident suffered in June during the Denmark-Finland. Eriksen stressed his desire to return to the courts and that the doctors have given him a “green light” after he has done all the possible tests and has not suffered any new mishap. “I think it is the love of playing football. Can I see myself without football when I know that the doctors say I’m fine? Then nothing inside me tells me that I don’t have to play,” he said in advance of a interview that will be broadcast this Thursday.

The ‘ten’ of Denmark assured not to be afraid that he could suffer a similar incident in the future. “No way, not even remotely. At first, I was careful thinking about how much my heart could hold after what happened. But now I feel like they have done as many tests as possible, so no, I have no fear that it might happen. again, “he said.

The former Inter Milan player was grateful for the expressions of affection received in these months. “It’s not that I wanted people to send me flowers because I was dead for five minutes. But it was very special. It was so nice, and it has helped me so many good wishes that have come to me in this time. Even now there are people who keep writing to me “, affirmed to the DR. Eriksen reiterated his thanks to his teammates and the doctors for being “very fast” in giving him first aid on the pitch before being revived. “People saw it and cried in their living rooms or wherever they saw it, and they lived it completely. In spite of everything I am fortunate to be here today and show them that ‘thanks for the tears, but that I am still here,” he said.