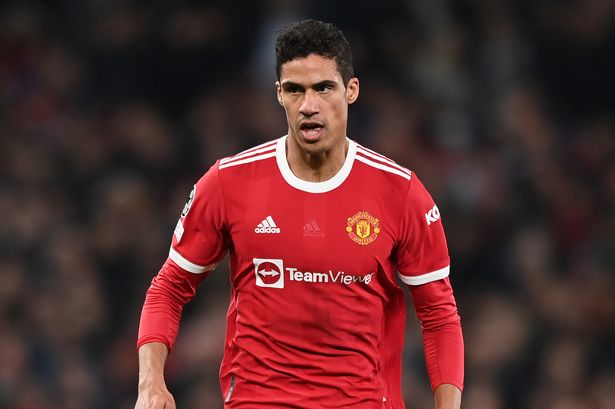 It would be fair to say that Harry Maguire is currently burdened with the Manchester United captain’s armband.

His performance levels while captaining the club have been below par and the weight of expectation he feels as the face of United is evident. Reds fans have been crying out for Maguire to be replaced as captain as made clear by them rating the center back as the worst player at the club this season.

While Maguire has been struggling, Erik ten Hag has seemingly won over the United board who are looking to replace Ole Gunnar Solskjaer permanently. The Manchester Evening News understands that the hierarchy at Old Trafford favor Ten Hag becoming the new United boss.

With a new manager comes new ideas and a change of captaincy will likely be on the Dutchman’s to-do list. If he is to replace the United captain, Ten Hag has already dropped a hint at what he is looking for.

He told Fox Sports back in 2019 about his criteria for choosing a captain when Matthijs de Ligt was appointed at Ajax. “I wanted his attitude from him to be communicated to the team,” Ten Hag explained.

It could be argued that this points at Cristiano Ronaldo taking the armband however, at 37, he is unlikely to fit the long term vision which Ten Hag would want to instill. Instead, Raphael Varane could be the man to take over the reins.

When not blighted by injury, Varane has been an ever-present in the United squad and it is no secret that Maguire has been performing much better when the Frenchman is beside him. His attitude from him is also exactly what is needed at United while they are in the midst of their current predicament.

Paul Pogba once described Varane as the ‘water in the storm’ – in other words a cool head which allows the likes of a Pogba to perform to the best of their abilities. The 28-year-old can easily be the calm enforcer in the United dressing room ensuring that order is restored in this ‘new’ Manchester United.

Varane’s track record no doubt speaks for itself too. A World Cup, Champions League, Club World Cup and La Liga winner, he has been there and done it all.

As the likes of Anthony Elanga continue to break through the ranks, Varane would be the perfect man to guide them in their United careers. Replacing Maguire as captain though would not automatically spell the end of his time in Manchester.

The former Leicester City man has shown at international level just how effective he can be without the armband. Taking away that pressure is sure to do wonders for his career moving forwards.

After a season full of disappointment, the arrival of a new manager is the chance to start afresh. A new captain would show the rest of the Premier League that they are dealing with a different beast next season.