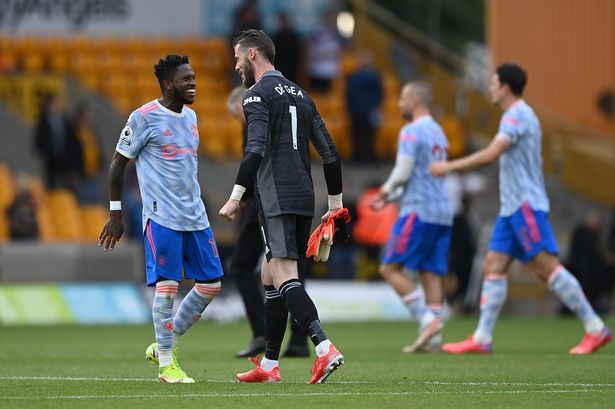 You can usually tell when Manchester United are having a bad season simply by whoever ends up winning the club’s official Player of the Season award. David de Gea is the current record-holder with four Matt Busby awards to his name. In half of those seasons, United ended up sacking their manager after a disappointing campaign.

The other two were trophyless, though top-four football was at least achieved. It would take some effort to even achieve that before the end of the season. Champions League exit at the hands of Atletico Madrid last week condemned United to another year without any silverware, while important wins for Arsenal and Tottenham last weekend highlighted just how difficult it will be to secure a top-four finish in the final league matches of the season.

De Gea has once again been the shining star for United throughout the campaign and is a leading contender for the accolade at the end of the season. That would make five wins, three of which occurred when the first-team manager was sacked.

The Spaniard’s revival has been well-documented after the battle he faced with Dean Henderson last season, but with a change of manager this summer comes the chance for another clean slate, and in-turn, the return of the divisive selection debate.

Erik ten Hag remains the first choice for United in their hunt for a new manager, and his arrival at Old Trafford could lead to a tactical change with an emphasis on playing out from the back and starting moves from their goalkeeper.

As a result, the Dutchman might well value distributional qualities over shot-stopping, something which could give Dean Henderson his final lifeline at the club in a summer where he seems destined to leave.

As expertly analyzed in a recent Reddit AMA with Squawka, only José Sá has ‘prevented’ more expected goals than United’s No.1 this season. The Wolves’ keeper has conceded 8.7 goals fewer than expected based on the quality of the shots on target he has faced, De Gea has conceded 4.9 fewer.

The Spaniard remains an expert at saving the ball, which, of course, is his primary task. However, his poor distribution of him also appears to lead to more chances being granted, making him somewhat of a liability when in possession, even if he has the individual brilliance to reprieve such errors.

Of all the goalkeepers that have played at least 20 games in the Premier League this season, none has fewer ‘keeper sweepings’ (anytime a goalkeeper anticipates danger and rushes off their line to try to either cut out an attacking pass or close down an opposition player) than De Gea. It is a list once again topped by Sá with 27, Alisson is next, with 21. De Gea has just four.

The Spanish ‘keeper also plays fewer passes per 90 than any of the 16 goalkeepers with at least 20 Premier League appearances this season, with compatriot Robert Sanchez leading the way. It helps to explain why De Gea has been snubbed from the Spanish national side by Luis Enrique given his desire to build play from the back.

Squawka’s research also shows De Gea has attempted the fifth-fewest number of long passes per 90 minutes this season, and he also completes the fewest of them with an accuracy of just 34 per cent.

There can be no denying the incredible logic-defying saves of the Spaniard this season, but with Ten Hag preferring a pass master in the shape of Andre Onana at Ajax, having a ‘keeper comfortable with his feet could be a priority if he lands the Old Trafford job this summer.

United’s Player of the Season might soon become a relic of the past.