Hiya, City fan here coming in peace on derby weekend. How are the nerves?

That’s the thing about this game. No matter how much you pretend you care more about beating Liverpool and we pretend you all live in London, it gets in your bones. We all have a formative Manchester derby experience, something that colors what we think and feel about the fixture for the rest of our lives. In my case, the bi-annual stomach knot and nausea combination goes back to November 7, 1993 and Eric bloody Cantona.

It was my first as a season ticket holder but not my first derby. That distinction went to the 1-1 draw in March of that year, where Cantona canceled out Niall Quinn’s second-half opener — two figures who loomed large over the derby at that time.

Incidentally, Cantona’s equalizer in that game was the first time I ever remember seeing my Dad really angry because Lee Sharpe appeared to be very clearly offside during the build-up. Football’s usefulness as a life glossary really is unparalleled.

The goal secured a point that would help United to their first league title since 1967, but City had also pushed for a European place before falling away. A couple of seasons earlier they’d finished above the Reds in the table and it generally seemed like a fair fight.

A little more than half a year later came a game that gave a far clearer indication of each club’s direction of travel and did much to bake in a grim fatalism for City fans of my generation.

United arrived at Maine Road on a run of 18 wins and a draw in their previous 20 league games (those sort of runs weren’t boring or didn’t ruin football back then, apparently). Their neighbors were getting used to life under Brian Horton and in the midst of boardroom rulings that would lead to Francis Lee replacing Peter Swales as chairman.

City initially made light of these contrasting predicaments as Quinn arrowed a brilliant header across Peter Schmeichel from Mike Sheron’s 21st-minute cross to score for a third consecutive derby. A searching Steve McMahon ball 11 minutes later was also dispatched by the giant Irishman and Maine Road was in collective dreamland.

We’d not beaten United for four whole years — not a great drought by the standards of City in that era, but beyond a seven-year-old’s frame of memory. Quinn was my favorite player. This was simply the best thing that had ever happened.

But then Cantona happened. Well, initially Michel Vonk happened. The accident-prone Dutch centre-back decided a backward header to his keeper while 40 yards from his own goal was an entirely normal thing to do. Cantona did not need a second invitation.

He then proceed to dictate the game in a way forward players didn’t in English football back then, dropping into midfield to link play majestically. 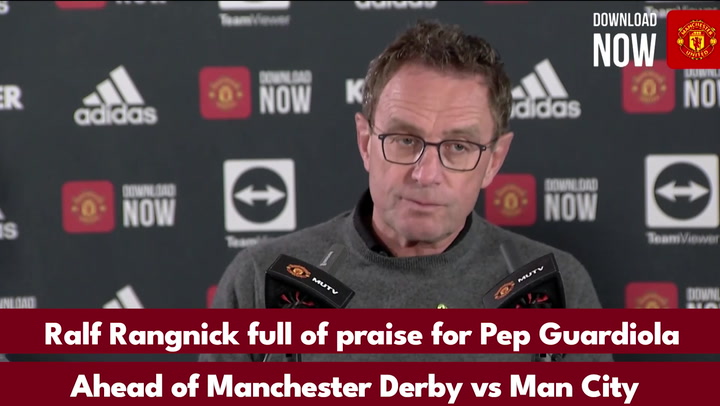 “Cantona again. It’s like he’s got a baton in his hand and he’s conducting the orchestra, ”said Martin Tyler on the Sky commentary in the build-up to his and United’s second goal of the evening.

During the replays of Cantona converting Ryan Giggs’ brilliant reverse cross, Andy Gray grumbled about how he’d not been in the box often enough to do that sort of thing, kind of missing the point that the mercurial Frenchman had prompted the whole move in. the first place. These were different times.

It left City with 12 minutes to hold out and they managed nine. Roy Keane put away Denis Irwin’s inviting delivery and did a big belly slide in front of the Family Stand where I was sitting. Please, Roy, think of the children.

Leaving the ground that night, I remember being caught somewhere between disappointment and wonder. This football thing was absolutely beguiling and completely mad. The next day, as the only City fan in a primary school class in north Manchester, was completely and utterly abysmal.

If ever there was a time to get out, it was then after all the teasing, tempers and tears. But that’s not how football works in this city, you’re lumbered with your team and that’s that.

So on it went, as you enjoyed Barcelona and we threw away leads at Bristol Rovers, through those days of takeover and tumult, the Mancini and Ferguson battles, right up until the newly imbalanced rivalry of today.

But the seed Cantona planted three decades ago grew into something dreadful that still casts a shadow over my derby day experience, even now City are really good.

Those three injury-time winners in the 2009/10 season? Well, of course they happened. Wayne Rooney shinning it into the top corner, Robin van Persie’s free-kick? It was just a matter of when that stuff would inevitably hit you in the gut. Whether or not we’d walloped you 6-1 in the meantime had little to no bearing.

Even in 2018, when Pep Guardiola had put together the greatest team we’d ever seen, City managed to repeat the trick of turning a 2-0 lead at half-time in a 3-2 defeat. Paul Pogba imbibed by the spirit of Cantona, Vincent Kompany haunted by the ghost of Vonk. A completely nonsensical game of football that made total sense under my first and lasting terms of derby day engagement.

But then, maybe Cantona is owed a “thank you”. Those bitter early experiences are why wins over United are never taken for granted or expected with any sense of certainty. It’s why they always feel fantastic and fulfilling in the way no other wins do.

So, if City take Ralf Rangnick’s brave gegenpressing revolutionaries to pieces on Sunday, I’ll toast King Eric and raise a glass of whatever he happens to be hawking in his latest hilarious television commercial. Thanks for all the misery, it makes the joy all the more special.