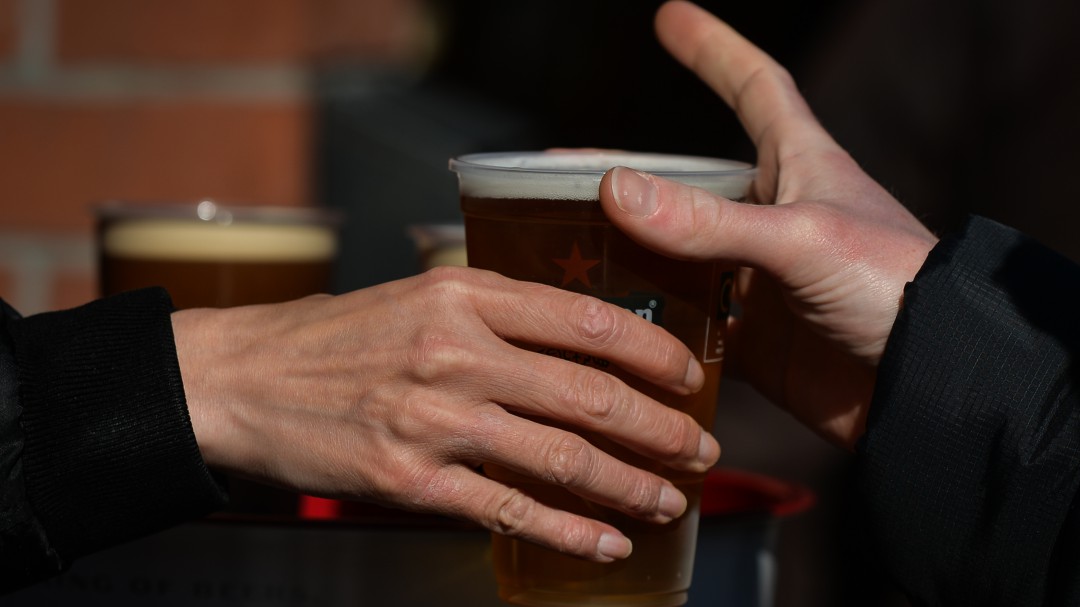 The Spanish Society of Epidemiology (SEE), a Through its Working Group on Alcohol and with the collaboration of the Government Delegation for the National Plan on Drugs, it has launched this Tuesday, December 14, a new awareness campaign to reduce alcohol consumption and alert the population of its dangers.

This initiative is based on two videos showing the risks of alcohol consumption. In one they explain that advertising about this substance has a great influence on people and causes them to increase their consumption. In two minutes of audiovisual content they reflect how throughout our day we come across many messages that encourage alcohol use, such as These are the tables or umbrellas on the terraces of bars and the posters of restaurants, on which there are frequent logos of alcoholic beverages. It is also common for them to appear as sponsors at cultural and sporting events. In addition, they say that this type of advertising not only causes an increase in consumption, but also normalizes it.

The influence of alcoholic beverage advertising on consumers. / Spanish Society of Epidemiology

The second video reflects the lack of knowledge on the part of society of the risks that alcohol consumption entails. SEE wants, through the spontaneous testimonies of various citizens, to banish false myths such as that “moderate” consumption is harmless or that only prolonged consumption is harmful. The words of the people interviewed are accompanied by messages that warn that drinking alcohol may be behind cancer, neurological, cardiovascular or mental diseases, alterations in development or cognitive problems.

The consequences of consuming alcohol. / Spanish Society of Epidemiology

Among these negative effects, the relationship between alcohol consumption and the increase in traffic accidents, unprotected sex or violent behavior stands out. In addition, drinking alcohol also has health consequences since it is a risk of cancer, cardiovascular, neurological and mental diseases, as well as alterations in development and cognitive problems

In Spain, it is estimated that alcohol consumption begins at the age of 14 and a third of those under 17 years of age claim to get drunk once a month.

With this campaign, the Spanish Epidemiology Society seeks to denormalize alcohol consumption so that it is no longer seen as a habitual and positive practice. Through this audiovisual campaign, the influence that advertising exerts on consumers, especially those who are younger, is shown, as well as the lack of knowledge on the part of society of the harmful effects that this substance has on the body.

Currently, television commercials are restricted to certain times for alcoholic beverages with a graduation greater than 30 degrees. The Spanish Epidemiology Society, through its Working Group on Alcohol, calls for greater regulation in this area. In this sense, they urge to eliminate all types of marketing and advertising of alcoholic beverages, regardless of their graduation in the media. In addition, it also proposes to address the regulation of advertising in other media such as social networks, since there is scientific evidence that less pressure and advertising promotion of alcoholic beverage brands is associated with less consumption by younger people .

Among the negative effects of its consumption, the relationship with the increase in injuries, traffic accidents, unprotected sexual relations, violent behavior also stands out since it interferes with the ability to detect dangers or academic failure.

The consumption of alcohol, in addition to having important consequences for health, has a great economic impact in health and social terms, since it is associated with property damage, reduced family budget, absenteeism, decreased labor productivity, increased needs healthcare… The total social costs of alcohol consumption in Spain can be estimated at around 1% of GDP (more than 10,000 million euros).

Although the pandemic and the restrictions that were imposed to stop it (confinement, curfew, closure of hotels, etc.) caused social consumption of alcohol to plummet, the situation has changed for a while now. In recent months, with the end of the limitations, the images of the macro bottles have been repeated in various parts of the country. In addition, with the approach of Christmas, company dinners and celebrations, an even greater increase in the consumption of this substance is expected.

From the Spanish Society of Epidemiology (SEE) they assure that, although the highest prevalence of high-risk average consumption occurs in middle age (45-70 years), the binge drinking or ‘binge drinking’ occurs more frequently among young people between 15 and 29 years of age. In fact, population studies indicate that alcohol consumption begins at the age of 14 and that more than a third of those under 17 years of age claim to get drunk once a month, while only 3 out of 10 minors say they do not have alcohol. never drenched in alcoholic beverages.

The SEE also recalls that there are a set of individual and contextual factors that are associated with patterns of alcohol consumption that are particularly harmful to health. They depend, to a large extent, on the level of income and social support. In the case of adolescents, of the permissibility on the part of the fathers, mothers or guardians.

At a contextual level, rural environments, high accessibility to alcohol due to its low prices, increased tourist pressure, especially in urban environments, and increased availability of alcohol, understood as the density of places of sale and consumption of alcohol per neighborhood, have been related to risky consumption patterns.

Fighting for changes at the individual level is very complicated if policies and interventions are not carried out that promote the creation of healthy environments and that do not normalize the consumption of alcoholic beverages.