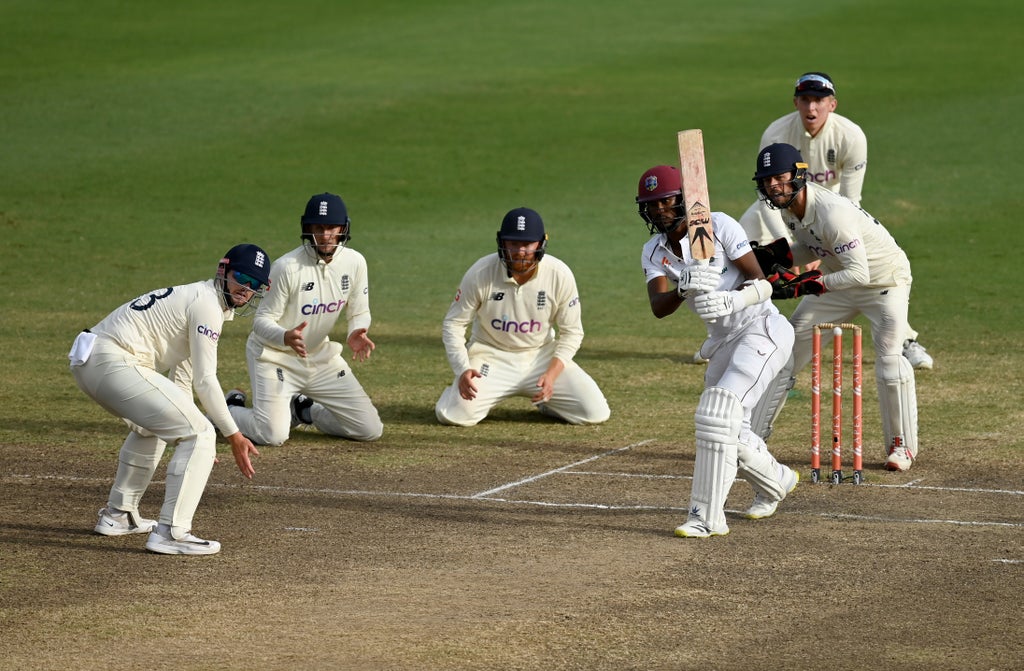 After back-to-back draws on almost laughably docile pitches, the 2022 series between England and West Indies comes down to a decisive third Test in Grenada where the winner will take all the spoils.

The lifeless surfaces have proven to be the perfect cure to England’s batters’ Ashes hangover as, out of the top six, only Alex Lees averages less than 40 during a series when they have twice thrown the bat in the second innings, with five centuries in two Tests compared with an Ashes series that featured one in five.

Ben Stokes appears back to his best after an explosive knock of 120 off 128 balls during the first innings in Bridgetown, while Zak Crawley, Joe Root, Dan Lawrence and Jonny Bairstow have also cashed in at points during the series.

Those five-day draws in the first two Tests in Antigua and Barbados, while frustrating for the bowlers especially, have given the tourists an opportunity to accomplish the rarest of feats – a series win in the West Indies. The 2003-04 tour is England’s lone series victory in the Caribbean for the past 50 years but 2022 will be added to that list with a win in Grenada.

Here’s everything you need to know ahead of the third Test.

When is the game?

The five-day Test match will run from Thursday, 24 March to Monday, 28 March at the National Cricket Stadium, St George’s on the island of Grenada. Play is scheduled to start at 2pm GMT each day and finish at around 9pm or 10pm GMT.

Where can I watch it?

The game will be live on BT Sport 1 for all five days. BT Sport subscribers can also stream the match live via the BT Sport website and app, while England Cricket and BBC Sport will show short highlights of the day’s play.

There is no reason for England to alter a batting line-up that is finally firing – albeit on pitches that are absolute roads – so the only personnel changes from the last Test are likely to come among the bowling unit.

Chris Woakes’ overseas struggles have probably reached the point where he could be dropped, while Matthew Fisher was solid but unspectacular on debut. England had hoped Ollie Robinson (back spasms) would be fit but he suffered another setback in the nets session, and isn’t expected to recover in time, which could spare Woakes, with Craig Overton (illness and fatigue) now fit and ready to replace Fisher.

Saqib Mahmood should retain his place after an impressive debut unless the pitch appears to be another batter’s paradise and/or conducive to spin, when he may sacrificed for a second spinner – namely Matt Parkinson – to play alongside Jack Leach.

The West Indies have named the same 13-man squad for the third game running and, in all likelihood, will name an unchanged XI for the entirety of the series.

That would mean of the 13 in the squad, it is reserve batter Kyle Mayers and uncapped fast bowler Anderson Phillip are the two men to miss out.

Surely, for the sanity of cricket lovers everywhere, after two pitches so docile that the games became almost unwatchable at points, Grenada – the Spice Island – will provide a surface with enough heat to finally produce a result from five days of Test cricket. If it does – and let’s remain optimistic that it will – then England look better-placed to capitalize, given the form of both sides in the previous two matches, and will fancy their chances of just a second Test series win in the Caribbean in the past 50 years. England to win on the fifth day.