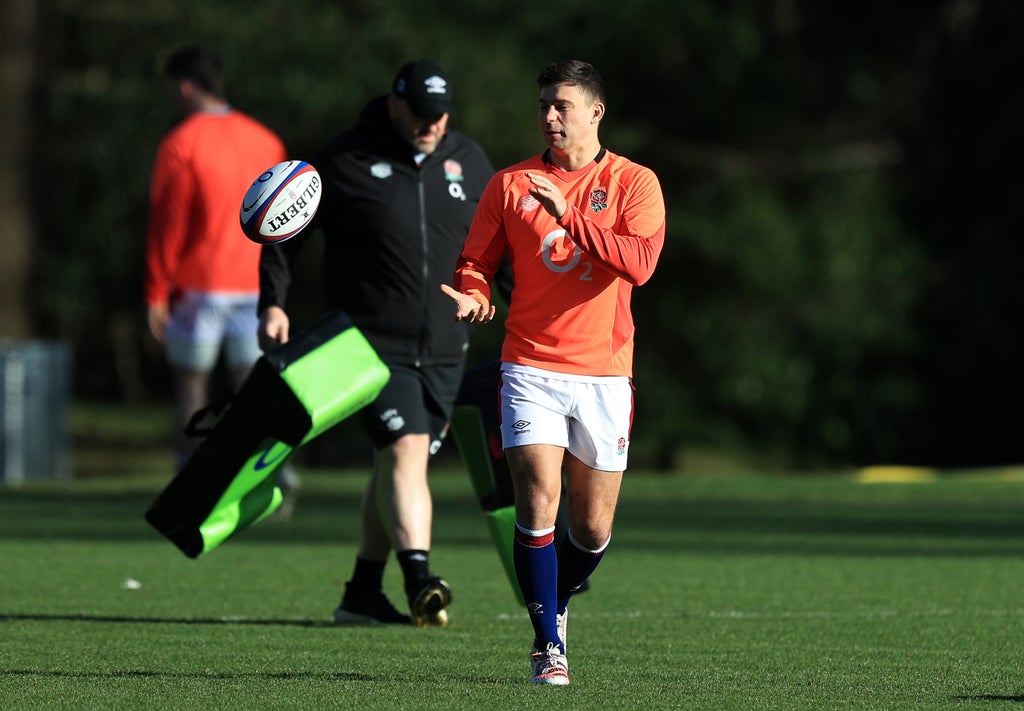 Fierce rivals England and Wales meet in a crucial Six Nations clash at Twickenham on Saturday.

Here, we look at some of the key talking points heading into the game.

Title aspirations on the line

This season’s Six Nations might only be at the halfway point, but it will effectively be game over for whichever team loses on Saturday. Both countries lost their opening matches – England being defeated by Scotland and Wales suffering an emphatic reversal in Ireland – but then put themselves back on track with respective victories over Italy and Scotland. After finishing fifth in last season’s tournament, England know they must kick on towards tough assignments next month against Ireland and France, while Wales’ continued hopes of a successful title defense hinge on the outcome at Twickenham – a ground where they have not claimed a Six Nations win since 2012.

Leicester scrum-half Youngs will become England’s most-capped men’s player if he features off the replacements’ bench against Wales, making his 115th appearance and overtaking World Cup-winning prop Jason Leonard’s mark that he set during a 14-year Test career. Youngs has played under three different England head coaches – Martin Johnson, Stuart Lancaster and Eddie Jones – and only Australian great George Gregan has won more caps for his country as a scrum-half. Youngs, 32, will provide bench cover for starting nine Harry Randall this weekend, but he remains an integral part of Jones’ plans and is guaranteed a rapturous reception from a capacity 82,000 crowd.

Bath number eight Taulupe Faletau has played just 144 minutes of rugby this season. He recovered from an ankle injury that had sidelined him since last summer to return in his club’s defeat against Wasps earlier this month, then played the whole game in a 24-20 loss to Leicester last weekend, and that has been enough for Wales head coach Wayne Pivac to hand him an international recall. Some might argue that there is a risk element involved, given the significant step up to Test rugby after such little competitive action, but 86 times-capped Faletau’s performance levels have rarely dipped and he is among a rare breed of player able to take it in. his stride. It would be no surprise to see him hitting the heights once more.

The home of English rugby has proved largely unwelcoming for Wales. During the past 40 years of Five Nations, Six Nations and friendlies action, Wales can reflect on just five victories – in 1984, 1988, 2008, 2012 and 2015. Their last Six Nations success came 10 years ago, although there are four starting XV survivors this weekend from a memorable 2015 World Cup pool win in Liam Williams, Dan Biggar, Tomas Francis and Faletau. Recent meetings in south-west London have proven relatively close affairs, with Wales losing 12-6 (2018), 13-6 (2019) and 33-30 (2020), but they have also experienced their share of heavy defeats. Pivac’s team face a tough assignment this weekend.

For only the sixth time in Five and Six Nations Championship history, the opposing captains are club team-mates. Northampton forward Courtney Lawes leads England, while his Saints colleague Biggar skippers Wales. It first happened 109 years ago when the Liverpool club provided Scotland’s Freddie Turner and Ireland’s Dickie Lloyd, then Lloyd led his country in 1914 against another Liverpool team-mate in England’s Ronnie Poulton-Palmer. The 2005 Six Nations saw Gareth Thomas captain Wales against a Fabien Pelous-led France – both players were at Toulouse – then Stade Francais’ Sergio Parisse and Pascal Pape did it in 2013 and 2014 for Italy and France, respectively