Marc Guehi and Kyle Walker-Peters are set to make their England debuts against Switzerland, with the pair expected to be in the starting line-up for Saturday’s match at Wembley.

The duo both earned their first call-ups for the two home international friendlies against Switzerland on Saturday and Ivory Coast on Tuesday.

Southampton right-back Walker-Peters was only called up on Monday following a number of withdrawals from Gareth Southgate’s squad, including full-backs Trent Alexander-Arnold and Reece James through injury.

The 24-year-old, who is a 2017 FIFA U20 World Cup-winner and has amassed caps from U18 through to U21 level for England, was widely expected to feature as he is the only fit right-back currently in the squad.

Crystal Palace centre-back Guehi, who was named in the original 25-man squad, is also set to start having impressed Southgate in his debut Premier League season.

The 21-year-old, who was signed by Palace from Chelsea in the summer, has been promoted from England’s U21s.

Guehi and Walker-Peters will be part of a new-look England defense against Switzerland for Southgate, who wants to try alternative options as he prepares for the World Cup later this year.

Within the next few days, Gareth Southgate will have used 100 different players since he took over as England manager. So far, he’s used 97, writes Sky Sports News senior reporter Rob Dorsett.

Kyle Walker-Peters, Tyrick Mitchell and Marc Guehi are sure to make their England debuts against either Switzerland or Ivory Coast, as Southgate uses these two international friendlies to work out his backup plans, should his first choices remain unavailable for the World Cup in less than eight months’ time. 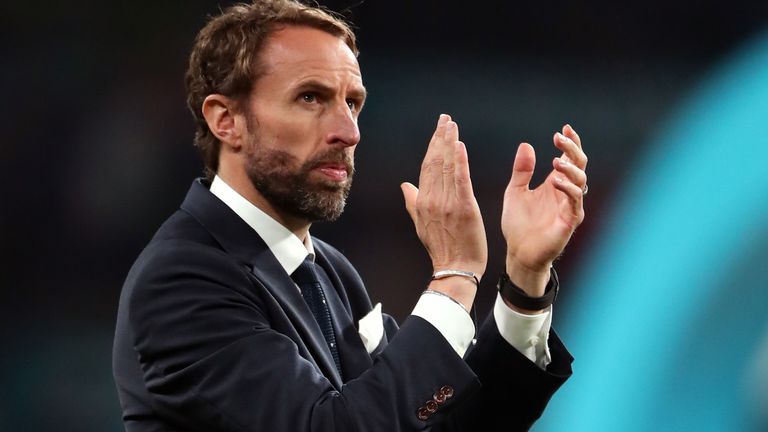 With so many key absentees, what can Southgate realistically learn with only two training camps left and just over 20 full training days before the World Cup starts in Qatar in November?

England’s March internationals will be shown live on Sky Sports.

You can also follow both matches in our dedicated live match blogs. Highlights will also be published on the Sky Sports digital platforms and the Sky Sports Football YouTube channel after the final whistle.