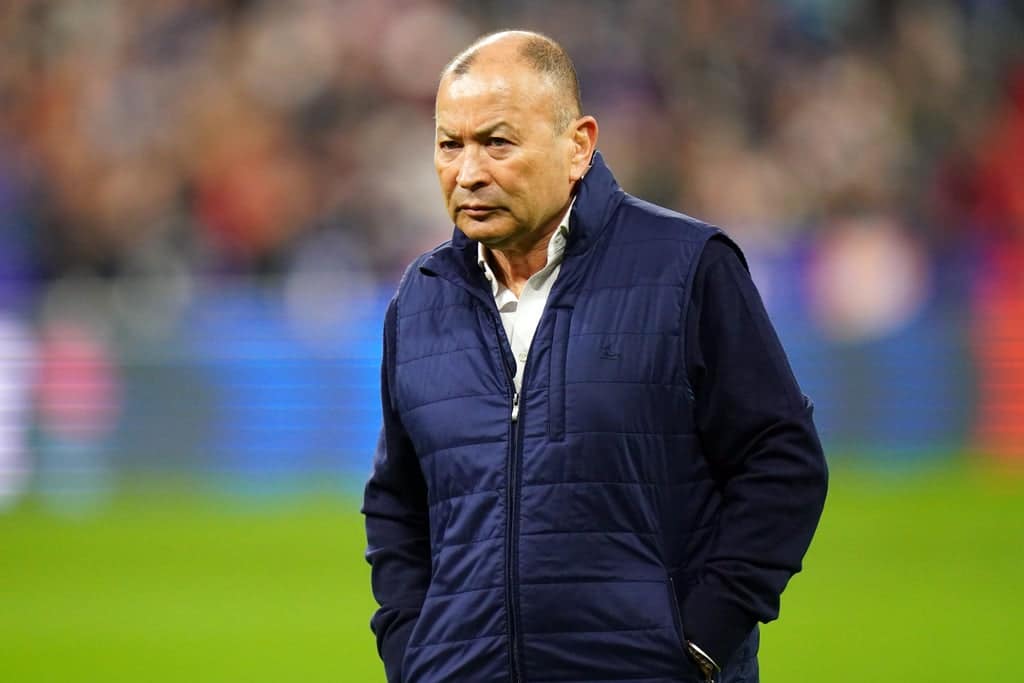 Rugby Football Union chief executive Bill Sweeney acknowledges that England’s failed Six Nations fell below expectations but remains convinced Eddie Jones is the right man to guide the side into the World Cup.

England finished third in the table after slumping to three defeats for a second consecutive year, yet the RFU’s initial reaction was to state that “we are encouraged by the solid progress the team has made”.

It was an attempt to end any uncertainty over Jones’ future, but it provoked an outcry with former England wing Ugo Monye and retired Wales captain Sam Warburton accusing Twickenham of being “dishonest”.

“The feelings were genuine. Really disappointed, massively frustrated. Should we have said that more up front on Saturday? Yes, probably, recognizing fans’ disappointment as well,” Sweeney said.

“We are all, as an organization and to a person, incredibly disappointed with what happened this year in the Six Nations.

“You’d expect more from England and we demand more in terms of our results and our performances. Our emotions have been running very high. It still feels quite raw.

“Winning two this year compared to winning two last year is no progress and that’s a fair criticism.

“But in terms of how we feel the team is progressing and how it’s developing, in the context of where we want to get to, we feel we’re heading in the right direction, hence we were OK with that statement.”

Apart from the title won on points difference during the Covid-interrupted Six Nations of 2020, England’s record in the tournament over the last five years makes for grim reading.

In that period they have finished fifth twice and on three occasions managed to claim only two wins, increasing the scrutiny on Jones’ position as head coach.

A successful autumn that produced victories over Tonga, Australia and South Africa has bought him breathing space, yet the RFU’s unconditional support of the Australian ranks with sections of the rugby public.

Jones will now face the customary end-of-Championship review that will be conducted by Sweeney and a panel of unnamed figures from the game, but his future is assured whatever their findings.

“We speak with Eddie on a very frequent basis and he updates us in terms of our thinking and where he thinks we’re falling short,” Sweeney said.

“He’s got the absolute belief and commitment of the players and we believe he’s the right guy to take us through. We’ll continue to review as we go through.

“Whenever we’ve had that conversation, we’ve come out on the side of ‘no, we think we’re going in the right direction as we’re transitioning and rebuilding this team’.”

Among the criticisms made against Jones are his repeated promises to ensure England peak at the World Cup, which is being staged in France next year, while the Six Nations pass without success.

It is a message that jars with supporters asked to pay up to £200 to watch a match at Twickenham, but Sweeney has offered reassurances that the Championship has not been reduced to a series of staging posts marking out time until the global showpiece.

“We go into every tournament wanting to win it and we thought we had a good shot at this one,” Sweeney said.

“We’ll certainly go into the next one expecting to go to Ireland in the final game going for a Grand Slam – that’s certainly our intention.

“In international rugby, you’ve got that balance of winning matches and also developing the team at the same time.

“So, how do you do that? You’ll hear conversations about ‘development’ or ‘progression’ or whatever but that’s not to mean, or intended to be, to the detriment of the current competition you are playing in. We hold the Six Nations very dearly.”