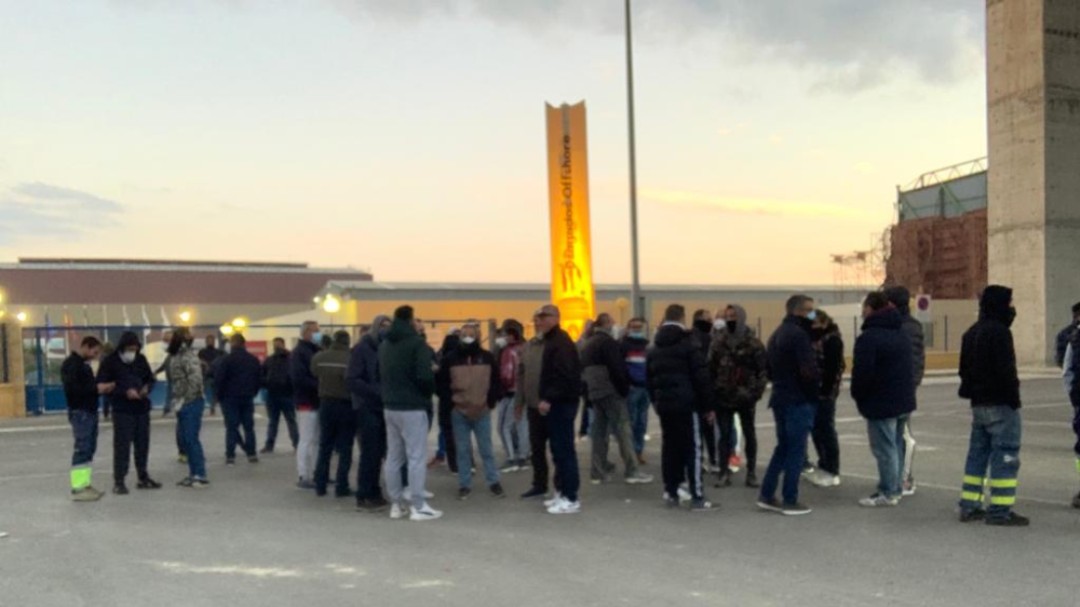 The unions UGT and CC.OO. have suspended the indefinite metal strike in the province of Cádiz that began on December 16 after the delegates in the different companies in the sector have supported the pre-agreement reached with the employer and workers’ assemblies have been organized to report on the details of this document.

The strike ended tonight with the support of the unions and the workers have begun to return to their jobs with some normality, although during the morning in several factories there have been concentrations of workers and a large police presence.

The end of the strike has been possible after the employers and unions, with the mediation of the Andalusian Government in the Andalusian Labor Relations Council, reached yesterday at 9:00 p.m. a preliminary agreement signed by all the attendees, who represented the employers of the metal, FEMCA, the unions UGT and CC.OO. and the mediators of the Employment Department.

The preliminary agreement contemplates in its first point that the agreement will have a validity of three years, from January 1, 2021 to December 31, 2023, of which an “extended ultra-activity of two years from its expiration” is also agreed.

In its second point, the constitution of a commission for “the control and monitoring of this agreement and the vigilance of the questions referring to the eventuality and in particular the time control, overtime and payment of arrears” is agreed.

This commission will be made up of eight people, four from the business side and four from the social side, two from UGT and two from CC.OO, with an invitation to the representatives of the Labor Inspection, the Employment Department, to participate in their meetings. Social Security and the State Public Employment Service.

This committee will meet every three months to address the issues that make up the agenda in each case.

The third point is for the parties to agree to start the negotiating process for the next collective agreement in September 2022.

The fourth point establishes that the name of the agreement be changed to “metal industry of the province of Cádiz”.

The fifth is the one that indicates the salary increases, so that in 2021 a fixed increase to tables of 2% is set, with retroactive effects from January 1, 2021, so that the arrears that are generated will be paid between November and December of this year.

It also points out that “once the real CPI for the year 2021 is known, if it exceeds 2%, the salary tables will be updated with 80% of the difference between the aforementioned real CPI and 2%, without this update generating delays for 2021” .

For 2022 a fixed increase to tables of 2% is established, so that “once the real CPI of 2022 is known, if it exceeds 2%, the salary tables will be updated with 80% of the difference between the mentioned real CPI and 2% “, and it is specified that the amount resulting from the two previous points will be applied in the month that the real CPI of 2022 is known with retroactive effects to January 1 of that year.

For 2023, a fixed increase to tables of 2% is set and it is specified that if the CPI exceeds 2%, salaries will be updated under the same conditions as in 2022.

The pre-agreement ends by saying that if there is any difference between the real CPI with respect to the increases applied in total, said difference will be increased to tables on January 1, 2024, as the basis of the following collective agreement, without this increase to tables generating any type late.

Regarding temporary personnel, the document literally says that “companies will try to pay the guaranteed 2% on account from the month of January of each year and in any case always at the termination or settlement of their contract without having to wait for completion of the calendar year “.