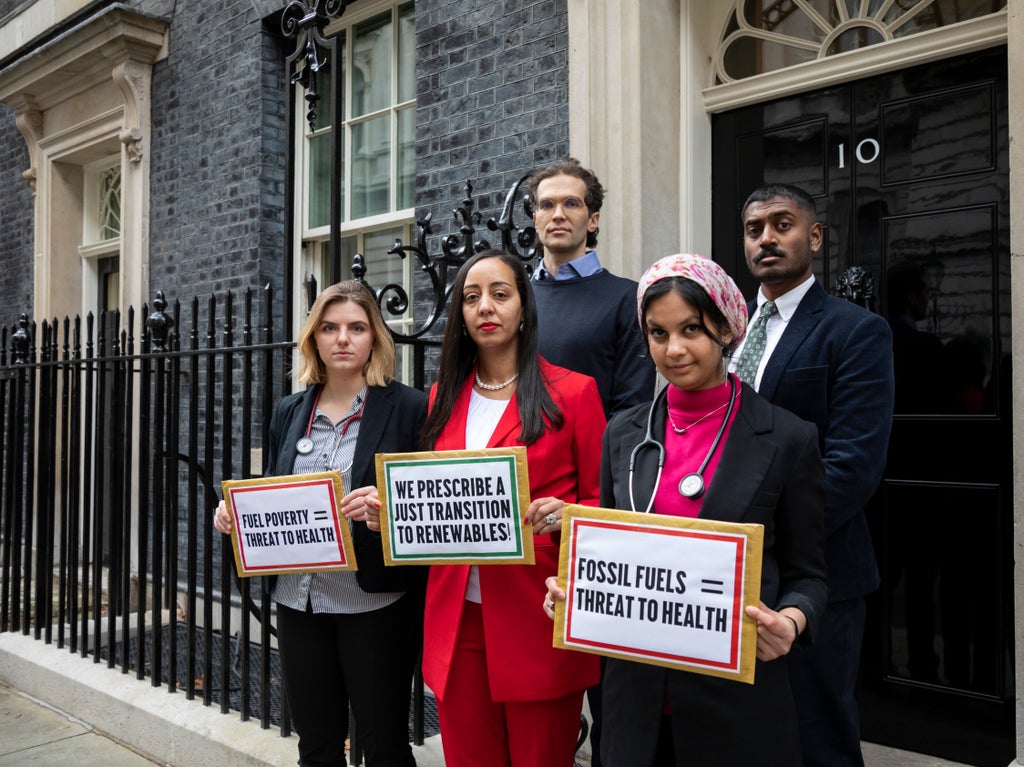 The UK must end its reliance on fossil fuels due to the threat they pose to the nation’s public health, medical professionals have warned.

In a letter to the prime minister, leading trade organizations and hundreds of individuals said there needed to be an immediate stop to new oil and gas projects being approved in the North Sea.

One new field was given the green light last month, while the UK is reportedly set to approve half a dozen more this year.

Ministers have suggested more fossil fuel drilling is important for both the economy and as the country transitions to net zero emissions by its target date of 2050.

But medical professionals – including the British Medical Association and the Royal College of Physicians – have said this is incompatible with protecting public health.

Their letter said: “The country is facing two crises with the same underlying cause: the UK’s continued reliance on expensive and polluting fossil fuels for its energy supply.”

It added: “As healthcare professionals, we know that any new fossil fuel projects and their contribution to climate change constitute a serious threat to our patients and the resilience of our healthcare system”.

The letter – also signed by the Royal College of Paediatricians and Obstetricians – said energy poverty driven by rising household bills would have detrimental effects on health and increase winter deaths.

It said the government was considering approving a number of new oil and gas fields – despite the International Energy Agency saying last year there should be no more if the world wanted to reach net-zero emissions by 2050.

Dr Andrew Goddard, president of the Royal College of Physicians said: “’It seems utterly wrong that at a time when the role of fossil fuels in climate change is better understood than ever, that anyone should think that drilling for oil is a good thing .”

He added: “The climate change we are witnessing is on a scale that is already harming health and will only get worse.”

Earlier this month, Rishi Sunak, the chancellor, also said he wanted to encourage more fossil fuel drilling, saying gas – considered the “cleanest” fossil fuel despite still emitting greenhouse gases – would play a role in the UK’s move to reach net-zero emissions. This was met with backlash from environmental groups.

Soaring gas prices have also been held responsible for the ongoing energy crisis, which has resulted in rising household bills in the UK.

Mark Hayden, a pediatric cardiac intensivist at Great Ormond Street Hospital said the government needed to stop “locking” the nation into “expensive, polluting” fossil fuels. “It should be directing that investment into cheap, clean renewable energy,” he added.

A Department for Business, Energy and Industrial Strategy spokesperson said: “There will continue to be ongoing demand for oil and gas over the coming decades while we transition to clean energy.

“Turning off North Sea oil and gas overnight would put energy security, British jobs and industries at risk, and we would be even more dependent on foreign imports.”