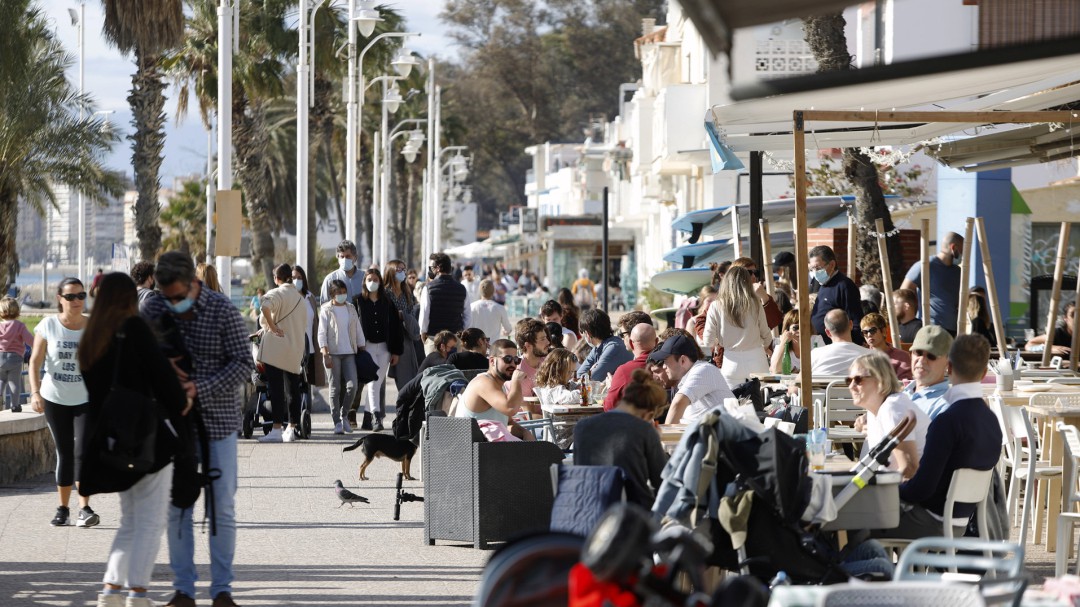 The last day of the year will be marked by high temperatures thanks to the arrival of an anticyclone and the entry of a subtropical air mass that will allow to dismiss 2021 in short sleeves, not only in the Canary Islands, but in large areas of the peninsula because thermometers they will reach 20 degrees.

This is the forecast of the State Meteorological Agency (Aemet). One of its spokesmen, Rubén del Campo, warns that this “abnormal rise in temperatures for the time of year, with values ​​more typical of April and even early May” will also bring a “thermal immersion and fog banks in the interior “, which will mean” a worsening of the air quality in large cities “since the hot air acts as a cover and encourages pollution to be trapped.

No frost on New Years Eve

“At dawn on New Year’s Eve there will be hardly any frosts, night temperatures will be between five and 10 degrees above normal for this time of year. The thermal inversion will also make it colder in the lower areas than in the higher ones and, on everything, where there are fog banks. The skies will be slightly cloudy and the thermal values ​​will be high for winter, “del Campo said.

The general trend this week is marked by “the entry of a subtropical mass and the absence of rains because high pressures are imposed,” added del Campo, who also highlighted that in “Galicia today it will continue to rain with gusts of west wind and southwest that can reach 70 kilometers per hour in the Cantabrian mountain range, the Iberian system and eastern Andalusia “and that there will also be a storm with waves of up to seven meters in Galicia and Asturias. As of Tuesday, the maximum temperatures in that area and in the Guadalquivir valley rise, where they could already reach 20 degrees.

It will keep raining

On December 29 and 30, the situation “will be stabilized by the presence of high pressures, although it will continue to rain in western Galicia. There will also be extensive fog banks in the interior, which will persist on the plateaus and in the Ebro basin. In these areas, the environment will be cool, but outside those areas there will be an increase in temperatures. 18º can be registered in inland cities such as Ávila and Segovia, very high values ​​for the time of year in that area “, highlighted the spokesperson for the Aemet. Thermal immersion will cause temperatures in the mountains to be up to 15º higher than in the lower areas.

On the last day of the year, according to del Campo, “the weather will be stable, without rain and with fogs in the Duero and Ebro valleys. The maximum temperatures rise and the minimum temperatures fall. It will be an abnormally warm day for December 31, with 10 degrees above normal values ​​for this time of year. It will only be cold in the areas where there are fog banks. “

Throughout the week the weather will be stable in the Canary Islands, “with rising temperatures, higher than usual and with many possibilities of suspended dust” in the air.