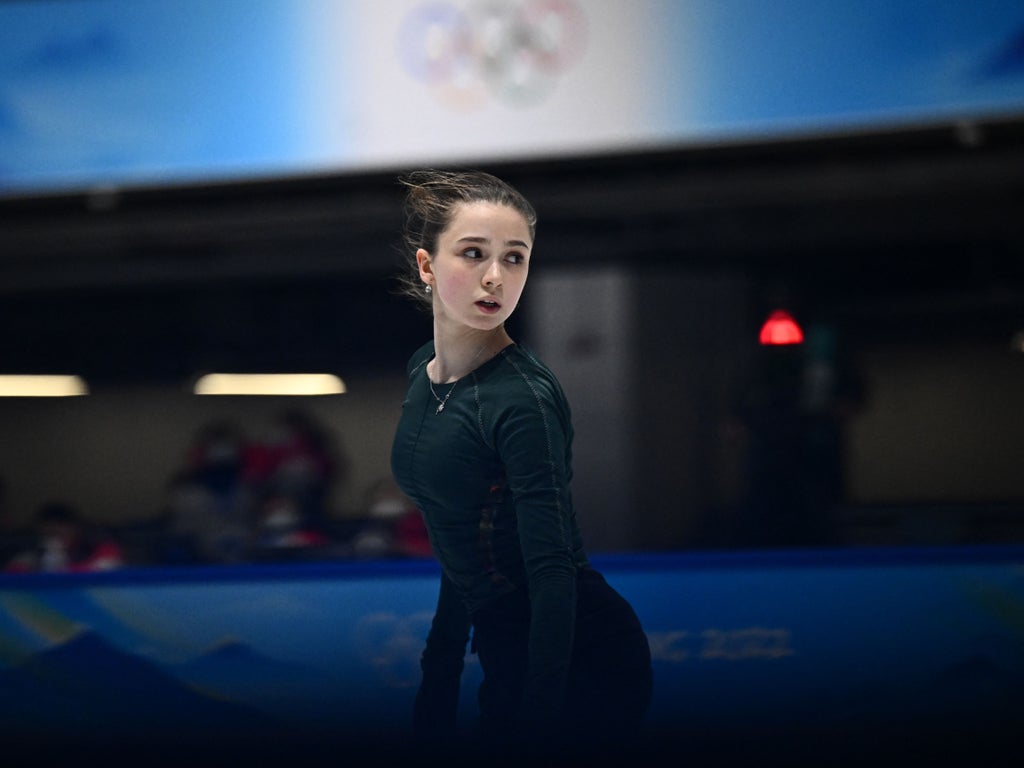 Kamila Valieva has broken her silence as she prepares to start her controversial bid for Winter Olympic gold.

Valieva, 15, was cleared to compete in Tuesday’s women’s figure skating competition by the Court of Arbitration in Sport, despite positive testing for banned substance Trimetazidine, an angina medication, in December.

But she could skate and lose any award at a future hearing, with the International Olympic Committee already canceling medal ceremonies because of the uncertainty.

It’s a move that’s attracted strong criticism, especially as the legal process is widely expected to drag on for months after the Games conclude this Sunday.

The European champion and world record holder – dubbed Miss Perfect – has been far from perfect in practice in recent days, which is hardly surprising given the maelstrom swirling around her.

“These last few days have been very difficult for me,” she told Russian broadcaster Channel One. “I’m happy to compete but I’m very tired emotionally.”

The bewildered teen admitted her emotions were sapped by sitting through hours of legal testimony as CAS met in Beijing to rule on whether she could compete – but, crucially, not her guilt or innocence over doping charges.

She added: “I sat there for seven hours, we had one 20-minute break, and I sat there and just watched. It was very difficult but it is apparently one of the moments that I have to go through.”

Valieva’s lawyers had three thrusts to their arguments – her age, minors are considered ‘protected persons’ with a different level of sanction for doping offences, her wellbeing and the ‘process’, with 45 days, 25 days longer than stipulated in guidelines, between her sample and the report of an adverse finding.

In addition they argued the test was a result of mixing up medication with her grandfather, a tactic that has raised eyebrows.

“Her argument was this contamination happened with a product her grandfather was taking,” said Denis Oswald, the IOC’s disciplinary committee chair. He also noted that ’15-year-old would not do something wrong alone’, with an ‘entourage’ investigation likely to soon be opened.

Oswald also defended the decision not to award medals in the women’s competition, a call without precedent in recent Games history.

“We want to allocate the medal to the right person,” he said.

Meanwhile, the World Anti-Doping Agency restated their concern about a culture of sports doping in Russia – urging an investigation into her support team, with bans for life should it be found they were complicit in any doping.

“The doping of children is evil and unforgivable, and the doctors, coaches and other support personnel who are found to have provided performance-enhancing drugs to minors should be banned for life, said WADA president Witold Banka.

“And personally I also think that they should be in prison.”

Against this backdrop Valieva will skate at the Capital Indoor Arena, where team-mates and training partners, Anna Shcherbakova and Alexandra Trusova, are considered her closest rivals.

“The competition is a joke,” said Adam Rippon, who will coach American skater Mariah Bell.

“It’s not a real competition and so many Olympic experiences are being stolen from clean athletes who got here without the help of performance-enhancing drugs.”

Canadian skater Meagan Duhamel, who won team event silver in 2018, added: “How is anyone going to take the women’s event seriously? We’ve been told illegal drugs and abuse is okay. If that is what sport is about, I want nothing to do with it. The Olympic spirit has died.”