Skip to content
Home News Emilio Morenatti: “There is a little piece of mine that has stayed there because of the strength and courage that I have seen in people” | The Window | Present 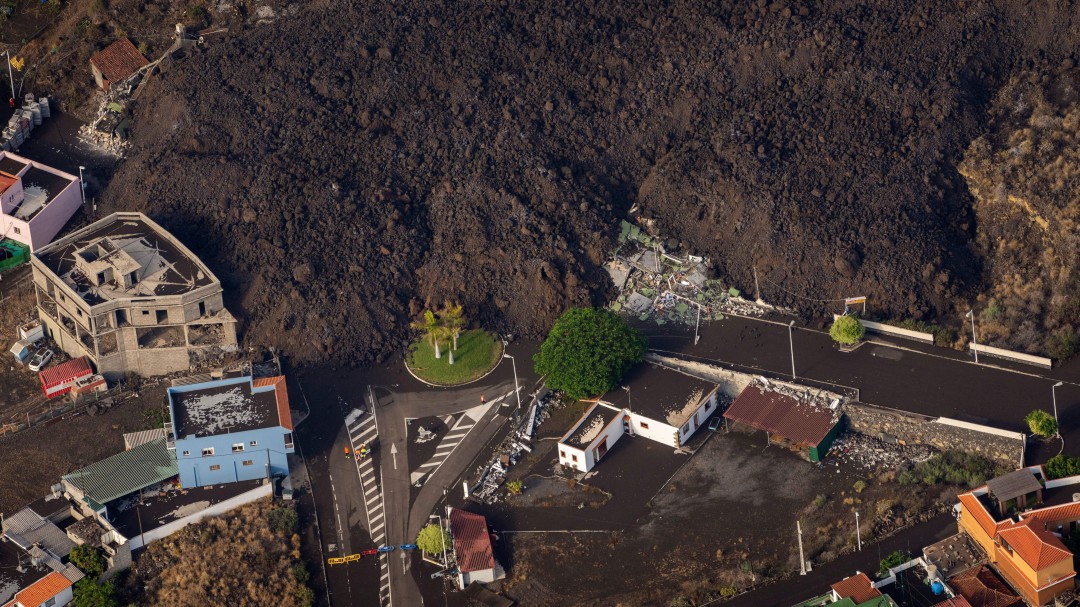 The American newspaper ‘The Washington Post’ has published a set of photographs of the island of La Palma with the effects of the volcano. They portray the reality of a tragedy that does not remove the spectacular nature of the images. All of them are signed by Emilio Morenatti, the Associated Press’s chief photographer in Spain and Portugal, who has been photographing the island for weeks. He has appeared at La Ventana to narrate his experience.

It has not been enough

“I come from La Palma frustrated because I don’t know if I come with the right message. I have captured, I have heard and I bring messages that I have to spread beyond the photographs ”, he lamented at the beginning of his speech. Morenatti has lived with the people of the exclusion zone, and after his “frustration”, he will return to the island: “This last coverage has been intense. There is a little bit of mine that has stayed there already, and it is because of the strength and courage that I have seen in people. It is something that has overwhelmed me ”.

Among some exciting moments with palm trees that the photographer has narrated, he commented on how he has moved through areas full of ash: “I am walking between a meter and a half and two meters in height. Walls disappear, everything disappears, and things emerge out of nowhere. You only see the tip of the lamppost, the second window, you can walk freely through the places… ”Toys on the ground, scattered belongings or sounds of the creaking of the houses when the lava enters are other things that Morenatti has been able to see and feel .

His images have been widely shared on social networks, and the photographer has revealed how to connect with readers: “One uses some tricks if possible to hook the viewer. What I usually do is catch him for just a few moments, but I get him to stop for a moment. ” In addition, he has valued “subtlety” as an important factor when it comes to having a good photograph, and especially capturing the “power” of an image.

See this two-story house completely covered by the ashes of the La Palma volcano. Only its two chimneys stand out. pic.twitter.com/v3buLvsQlJ

Morenatti also worked to capture the reality of society during the pandemic, and has briefly told how he did it: “I would go up to the top of the building where I live and take pictures of people sunbathing on the terraces. At that time I always encouraged people who wanted to write, observe or photograph, to take advantage of that moment because it was exclusive ”. One of his images about the pandemic was a Pulitzer Prize winner for photography in 2020.

The evolution of mobile devices and the increasingly better cameras incorporated into them seem to be able to supplant the work of a photojournalist, although Morenatti is not so sure: “That encourages me even more. I always tell photojournalism students that we are in a very sweet moment because there is so much garbage, that when you have a good camera and you focus on something, you make a difference ”.