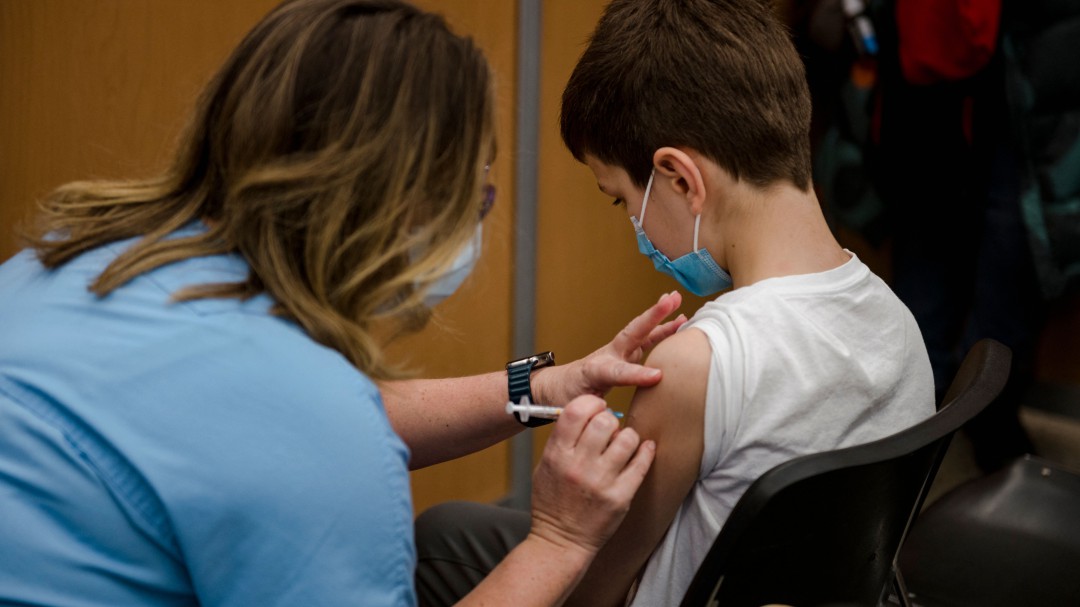 The European Medicines Agency has supported this Thursday the extension of the current European license of the pharmaceutical companies Pfizer and BioNTech for the use of their vaccine against COVID-19 in children between 5 and 11 years old, although with a lower dose than the one used in those over 12 years old.

The injection will be administered in two doses, with an interval of three weeks between the first and the second, underlines the agency in a statement, in which it notes that the benefits of vaccinating children in that age group with Pfizer outweigh the risks .

The most common side effects found in clinical trials were similar to those in those 12 years of age and older, including tiredness, muscle and headache pain, chills, soreness, and redness at the injection site. The decision comes after studying data from a study done among 2,000 children, of whom 90% have been able to prevent symptoms.

This decision comes amid a large increase in COVID cases across Europe, mainly due to poor vaccination coverage in some countries and because the group of children under 11 years of age has not yet been able to receive the vaccine.

In Spain, in fact, those under 11 years of age are those with the highest cumulative incidence at 14 days per 100,000 inhabitants, with 203.57, according to data from the Ministry of Health published this Wednesday, well ahead of the next group, the people between 40 and 49 years old, which stand at 155.91.

Studies on safety in children

Pfizer’s vaccine has been licensed in children ages 5 to 11 in the United States for nearly a month. According to data published by the US Food and Drug Administration (FDA), the vaccine was 90.7 percent effective in preventing covid-19 in this age group.

The study is carried out in Spain – with the participation of the Complexo Hospitalario Universitario de Santiago de Compostela (CHUS), the United States, Finland and Poland.

Its application in Spain will depend on the opinion of the experts of the presentation, of the directors of Public Health and “of the arrival of vaccines, because we will have to see when they arrive. Let’s go step by step: EMA, presentation, Public Health Commission and the National Health System prepared in case that were the case when the time is right, “said the Minister of Health, Carolina Darias this Wednesday.

The European Commission will issue a final decision

On October 18, the EMA began evaluating the data obtained in clinical trials with the aim of extending the use of the BioNTech / Pfizer Covid-19 vaccine, also called Comirnaty, to children between the ages of 5 and the 11 years.

Comirnaty is a vaccine for the prevention of Covid-19. It contains a molecule called messenger RNA (mRNA) with instructions for making a protein, known as the spike protein, that is naturally present in SARS-CoV-2, the virus that causes Covid-19, in a way that helps the body to prepare in case it had to defend itself against this virus.

The EMA Committee for Medicinal Products for Human Use has reviewed the data available on the vaccine in this group, which come from an ongoing clinical study with children between 5 and 11 years of age. The CHMP opinion then has to be sent to the European Commission, which will issue a final decision.