Skip to content
Home News Elsa Pataky and Chris Hemsworth: from bumper cars to the market to start the year in Ibiza | People 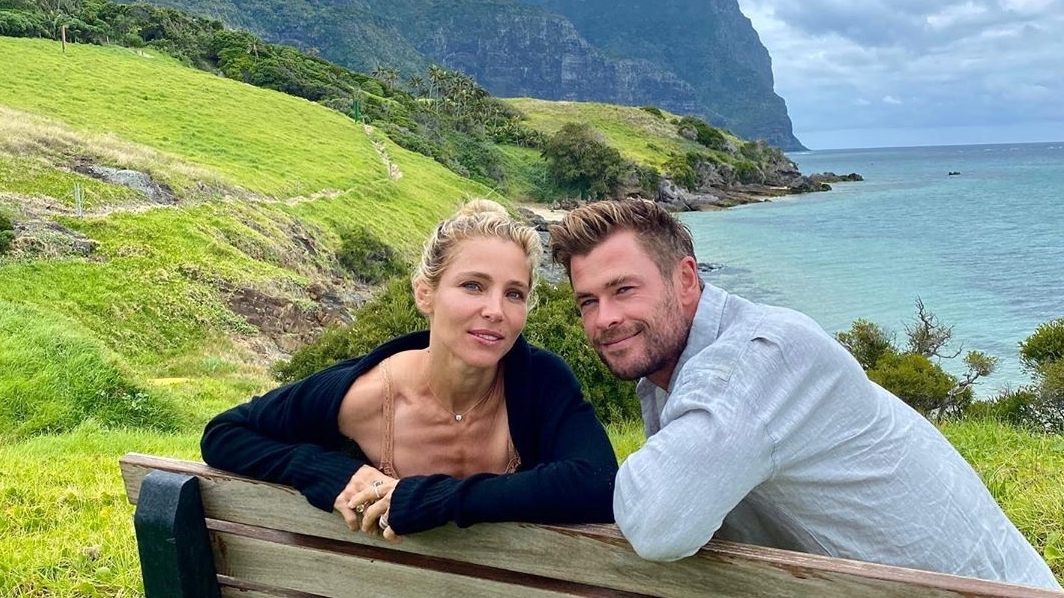 The Christmases of Elsa Pataky and Chris Hemsworth began in a European ski resort last Christmas Eve and ended with the pleasant temperatures that in recent days have been registered in Ibiza, where the whole clan has welcomed 2022. The marriage of Actors and their three children, India Rose, Tristan and Sasha, arrived in Europe at the end of November and since then they have not stopped moving, visiting cities such as Seville, Venice, Rome, Paris and London until they reached the Balearic island at the end of December. . The marriage and their three children were joined in Ibiza by the brother of the protagonist of Thor, the 31-year-old actor Liam Hemsworth and his girlfriend, the 25-year-old Australian model Gabriella Brooks, with whom they have spent the last ten days in a dotted villa visits to the market and the fair of children’s attractions.

The presence of the family has not gone unnoticed on the Balearic island, in the middle of the low season and immersed in the Christmas celebrations. The family landed in Ibiza from a northern European country on December 26 and since then they have stayed in private property, also accompanied by Pataky’s brother and his wife, who usually accompany the couple on their travels around Europe. The day after their arrival, the entire group went to eat at La Escollera restaurant located on the beach of Es Cavallet, in the municipality of Sant Jordi, a very popular place for its rice dishes where the group enjoyed the good weather in the terrace.

Despite the fact that the family has tried during these days to maintain privacy, they have not hesitated to take pictures with those who have asked them. On New Year’s Eve Liam Hemsworth and his girlfriend, whom he began dating after his divorce from singer Miley Cirus, went to a popular supermarket to stock up on food, beer and sparkling water. In the middle of the corridors, the actor was photographed with some young people surprised by the presence of the interpreter. His brother Chris was also photographed that night with the clients of a local specialized in tacos in the center of the city, which he attended accompanied by the British actor Idris Elba, a regular from the Balearic island.

One of the outings that aroused the greatest surprise was the one that the couple made with their children to the children’s amusement fair that is set up in Ibiza for Christmas. The Australian rode with his three children in the bumper cars and was photographed with several families with children who had come to spend the afternoon at the attractions. In all the portraits the actor appears with a relaxed and smiling attitude and with the mask hanging around his neck. Already in the first days of this 2022, Pataky and her husband, accompanied by their three children, took advantage of the good weather to go out and walk around the Sant Josep market.

Elsa Pataky has also taken advantage of these days off on the Balearic island to meet some friends, such as the make-up artist Beatriz Matallana, wife of Gelete Nieto, son of the world motorcycle champion who died in Ibiza in August 2017. As well as the former footballer from Athletic Club de Bilbao, Aitor Ocio, also a regular on the island.

The family could leave the island in the next few hours after these ten days of rest. Who has already done it is Gabriella Brooks, who left Ibiza two days ago after arriving at the airport accompanied by her boyfriend. The trip to Europe has allowed Pataky to return to Spain after months without doing so. At the end of November he received an award at the International Purebred Spanish Horse Show in Seville, the city where he began his journey through Europe. The actress is a great fan of horse riding, an activity that her children also practice, judging by her recent posts on Instagram.