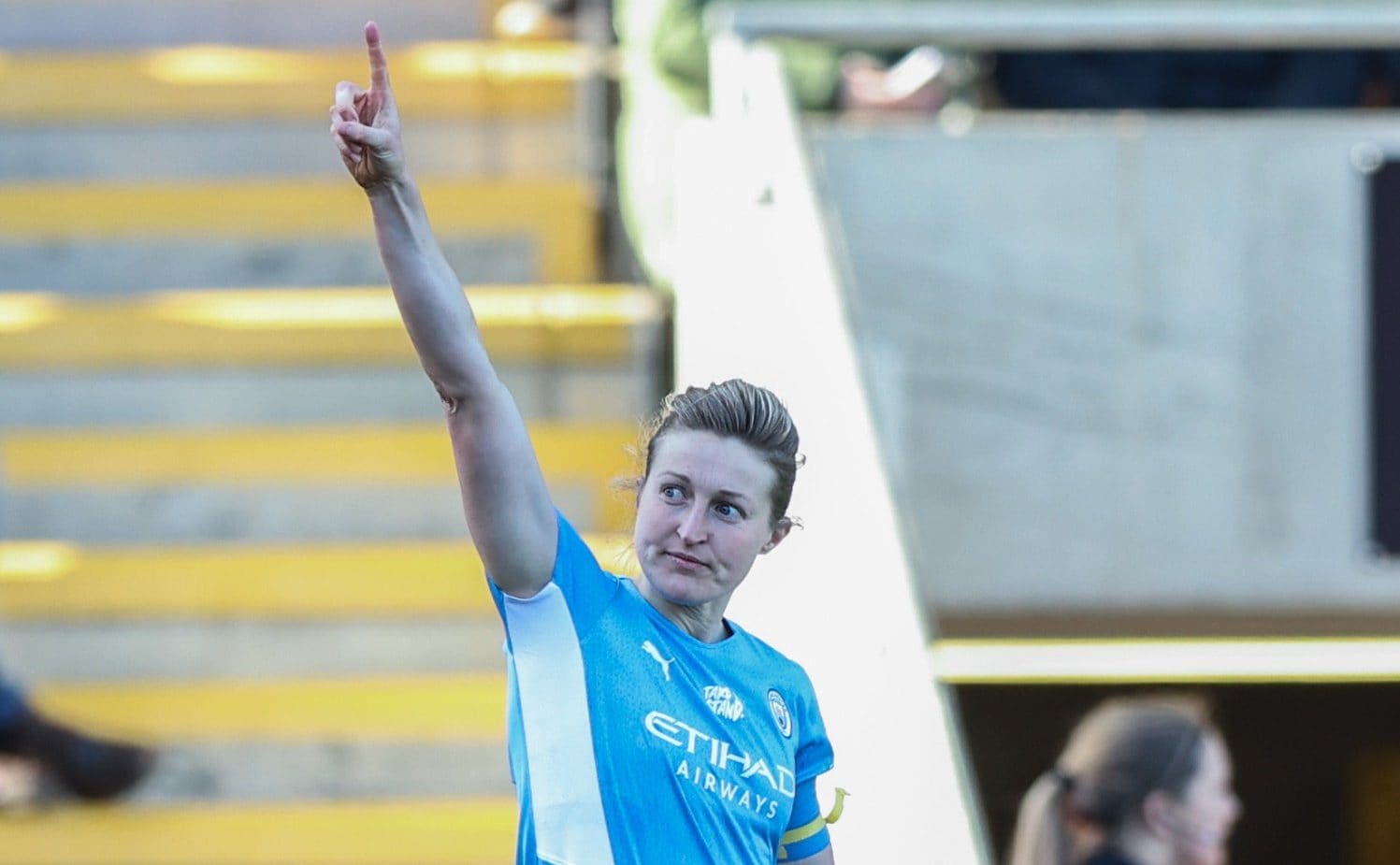 Ellen White was England’s heroine at the 2019 World Cup and on the evidence of this week she can be the Lionesses’ savior at this summer’s Euros too, after demonstrating she still remains the country’s deadliest, calmest and most reliable finisher by delivering with important goals in back-to-back big games.

At the age of 32, you could be forgiven for thinking the Manchester City striker might be approaching her twilight years but her recent performances show that is not the case, and her 15th goal of the season in all competitions for club and country this term helped her side fight back emphatically to knock rivals Manchester United out of the FA Cup.

White’s ability to deliver when it matters most, in key contests like Sunday’s derby, live in front of a BBC Two audience, as well as Wednesday’s first-ever home victory for England over Germany at Molineux, are a mark of her ability to rise to the occasion. And while wearing the captain’s armband at Leigh Sports Village on Sunday – and showing her support for the people of Ukraine by wearing the color of their flag on her armband – she was talismanic yet again.

And defenses across Europe will know, you cannot gift her a chance, which is what Manchester United did when this fifth-round tie was level at 1-1. The hosts’ full-back Hannah Blundell attempted to head the ball back to keeper Mary Earps but there wasn’t enough pace on it, allowing White to sprint clear, and she coolly stepped past Earps and slotted in.

“Ellen’s great at the horrible stuff, without the ball, and really good in her pressing,” Manchester City head coach Gareth Taylor said. “Sometimes the key with Ellen is making sure she doesn’t do pointless running, which she can do because she’s just so honest. I spoke to her about that at half time, that she makes sure she allows the wingers to do the work and we press as a front three rather than just as a single striker. [Earps] at that moment and score.”

On White showing support for Ukraine, Taylor added: “We support the girls. It’s really devastating what’s going on at the moment and [that was] our girls being humble and normal to want to support that in the best way they can.”

White’s goal put Manchester City into a lead that they would not relinquish, as they scored four times in 29 second-half minutes to go from 1-0 down to win 4-1. The first half had been a complete contrast, with Katie Zelem’s corner curling all the way in to give Manchester United a deserved lead, but Lauren Hemp’s low strike, White’s calm finish, Caroline Weir’s drive that slipped through Earps’ fingers at the near post and a close-range finish for Khadija Shaw with her first touch after coming off the bench completed the resounding turnaround.

It ensured Manchester City maintained their record of having reached at least the quarter-finals of Women’s FA Cup in every season since they turned professional in 2014, and saw them beat their neighbors for the second time in a fortnight after their 1-0 home win in the league. It was City’s fifth win in their 10 meetings with United overall, with their only derby defeats to date coming in the League Cup.

Manchester United head coach Marc Skinner felt his team’s undoing was their lack of aggression, adding: “Sometimes we can oversimplify football but I didn’t think we were physical enough in that battle in the second half. You have to win your duels if you want to be successful.”