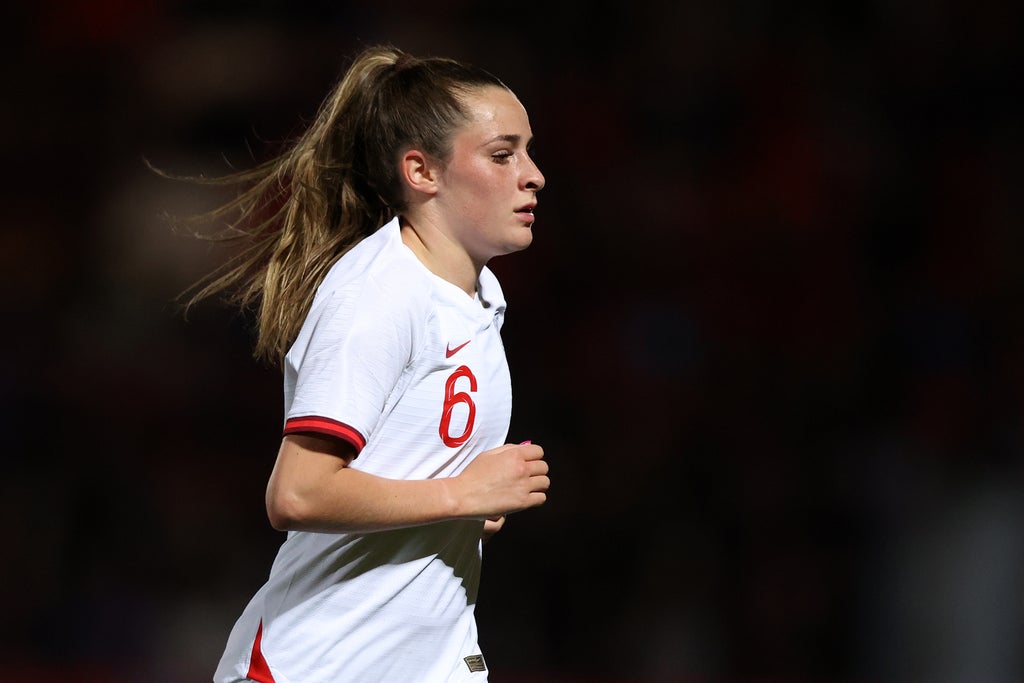 The Arnold Clark Cup will be a critical test for the Lionesses ahead of this summer’s home Euros, believes Ella Toone.

The Manchester United forward and her England squad will face world number six side Canada on Thursday in Middlesbrough for the first of three matches in the brand-new international tournament.

And for an England squad who went undefeated and outscored their opponents 53-0 in six autumn World Cup qualifiers, the chance to take on the Olympic gold medalists and two other top-ten sides in Germany and Spain is a vital test of the Lionesses’ prowess.

“It’s really important,” said the 22-year-old, who scored a hat-trick in England’s 10-0 round of Latvia in October.

“I think it’s the best preparation for us to play against really tough opponents, test ourselves against the best. That will only help us in our build-up to the Euros.

“This tournament’s great for us, perfect timing, perfect opponents to test ourselves against and it should be really exciting for us.

“These are three great games and three great opportunities for us to test ourselves. We know they are great teams because they are in the world’s top 10. They will be difficult but that’s what we want in preparation for the Euros. We want to test ourselves against the best and see what we need to improve on. It’s exciting.”

Arsenal’s Leah Williamson will once again wear the captain’s armband for Sarina Wiegman’s side, which features plenty of familiar faces.

Chelsea striker Fran Kirby returns as does Jill Scott, currently on loan at Villa from Manchester City, while City’s Ellen White will look to add to her all-time Lionesses goal-scoring record after surpassing Kelly Smith in England’s 20-0 thrashing of Latvia in November.

Wiegman, who took the helm in September, will also be able to draw on goalkeeper Ellie Roebuck and England stalwart Lucy Bronze, both returning from injury, though Steph Houghton was ruled out of selection as she continues to recover from an ankle issue.

England will then travel Norwich to meet a ninth-placed Spanish side stacked with Barcelona Champions League winners on Sunday, before making the trip to Wolverhampton to face third-ranked Germany on 23 February.

For an England side less than five months away from hosting a hotly-anticipated Euro home, the new competition isn’t just critical for the players.

The matches will also be instrumental in drumming up support in corners of the country that don’t have top-flight teams in the Women’s Super League.

Toone promised to put on a great show, one she hopes will tantalize ticket-buyers into supporting her team at one of ten stadiums in nine cities this summer.

She added: “It’s massive. It’s massive that we can go to different stadiums and different places around England and get as many fans in the stadiums as we can.

“And when we go there, we want to put on performances so that they come back in the summer and we can get big crowds. The main thing for us is making the nation proud and going to different places is only going to attract more fans into the stadiums.”