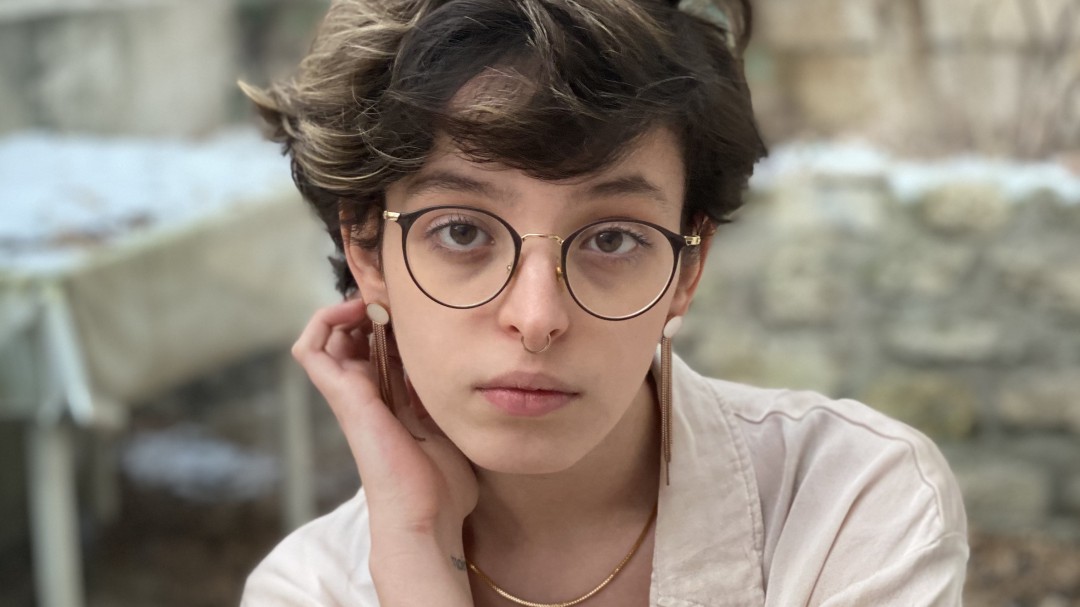 Max Aub said that if all the historical material were lost and only the National Episodes Galdós would not matter. This shows the importance of the work of the realist writer who, throughout 46 historical novels, told the history of a country. For months, the publisher Rag tongue It has been proposed to do something similar about our time, a time of turmoil, of change. Madrid will be the grave is the latest installment, written by Elizabeth Duval, a philosopher, intellectual, and writer born in 2000.

Centered in a desolate, divided and impoverished Madrid, Duval narrates the struggles of a neo-fascist movement and a left-wing Okupa house. In reality, the story is a story of love and violence, which reflects the current political moment and, as Galdós did, goes from the intimate story to the social story that explains a country or, at least, a part. Hence the importance of the class question.

“The question of class is fundamental, even more so when we observe that the difference between how some live and how others live deepens or grows larger. When there are cultural productions where it becomes evident. You watch the series Valeria, with those floors, and you think that there are no poor people in the city and that is not the reality. Talking about the existence of Vallecas or impoverished areas or neighborhoods is not done in cultural production, when it is not the image of the freedom of the cane. The reeds are very good, but there are many things beyond that, “he explains in an interview on Cadena SER.

However, for Duval it is important the nuance that not all the extreme right has gone to the working class. “There are many dynamics, that does not mean that later Vox is launched in some parts of the territory in search of that workers’ vote. This was seen, for example, in the elections in the vote in Catalonia,” he says.

Madrid will be the grave it is told in two voices, two peripheral stories in a city that represents centrality. Two stories that try to win the favor of the working class, the legitimation of society, in short. “They are groups that are beyond their spaces of action. They almost do not affect history. There is also the question that the same story does not win everywhere, which does not mean that today we do live a moment in that public discourse has become more reactionary and we are beginning to use more reactionary terms. “

Reflection on violence is throughout the story. The author writes that every good man from Madrid always thinks about the extermination of the social class to which he does not belong. And in the face of that violence, there is love. “It is the other who saves us, he wrote at the end of After the trans. And it is the ability to empathize with the other, to communicate is a more important issue. That look towards the other that tries to find what is human in the other with attention and sincerity. I still believe it. That does not imply, as we see in the novel, that love cannot do everything. One thing is love and another that can stop certain things. ”

The book is divided into five parts, almost a tragedy structure. Each chapter has the title of a capital sin, except for laziness and gluttony, which she keeps for herself, as shown in the dedication. “I didn’t want the titles to reveal too much about the parts and I realized that this question of embodying the deadly sins fit very well because the theme of sin, shame and repentance moves the novel. There is a journey through that, on a scale of the capital sins, starting with the pride that is the origin of everything “, explains Duval.

And also a lot of political reflection, of how to manage that void, the open loneliness in the cities, the lack of resources … in short, the causes of the rise of fascist or far-right movements that burden and demonize other groups. Are politicians trained to manage loneliness?

“Of course they are trained, but they do not want, for example, to speak to a local level here in Madrid with Almeida. They talk about this question that over the years in Madrid there is a progressive elimination of tenderness. That will to fill it up. all of asphalt, and turn it into a hostile territory for human life, relationships and any kind of existence that is not mediated by consumption on a terrace. A city that is friendlier for cars than for people. Politics can create loneliness and can create situations of loneliness by not offering an answer or by aggravating the conditions. Politicians are responsible for this and have to assume their responsibility in the misery and human sadness. Policies that have to do with the material and the economic do not they only affect there, but are profound causes of depression. ” There is a quote from Delueze and Guattari that speaks of the desire of the masses.

“The masses were not deceived, they wanted fascism and that is what must be explained,” says the quote. And that is the mission that the writer has entrusted to herself.

“When you are interviewed in prime time to a person who says it is the fault of the Jew, there is a problem of focus, “says Duval. However, there is an important issue that very few are addressing and that is the desire of the masses.” Something important at the moment How to dismantle the extreme right is to understand the desire it generates in people on that extreme right. That does not imply yielding to desire. It implies thinking and making an effort of reflection to say that many people who are going to sympathize with the fascists are not the incarnation of evil, but that there are a series of questions that have led them there and these questions must be faced. “

Returning to the work of Galdós, one of the qualities was the veracity of historical events in a fiction. In Duval’s story there is a real part, that of his experience with fifteen years as a space activist Red House, occupied in 2016 by the Communist Initiative. “There is a totally real part, the yoga classes, the socialist movies … that part is real and it is not that it lends itself to being caricatured, but that it becomes one,” he acknowledges. “Even if there was a claim that we were going to do Marxist-Leninist reflection, then you would see that the only thing we were doing was a Lenin reading club. There is always a tremendous distance between the acts and the words that describe them and the muscle and power real of those organizations. The novel has helped me a lot to discuss with myself. I wanted to make a fascist protagonist who was intelligent, “she explains

The book began to be written during the Madrid election campaign, which was lived in terms of fascism and anti-fascism. Hence things that we have just experienced and characters that we identify very quickly, such as La Capitana, slip through. “It has a very obvious correlation in reality, in fact, Melisa Rodríguez wrote me a message on Instagram that she wanted to read the novel. It cannot be considered an equidistant text, but neither does she laugh at the fascists. That reflection is important.”