Skip to content
Home News Elections in Chile 2021: Sebastián Edwards: “In Chile we have a quite explosive cocktail” | International 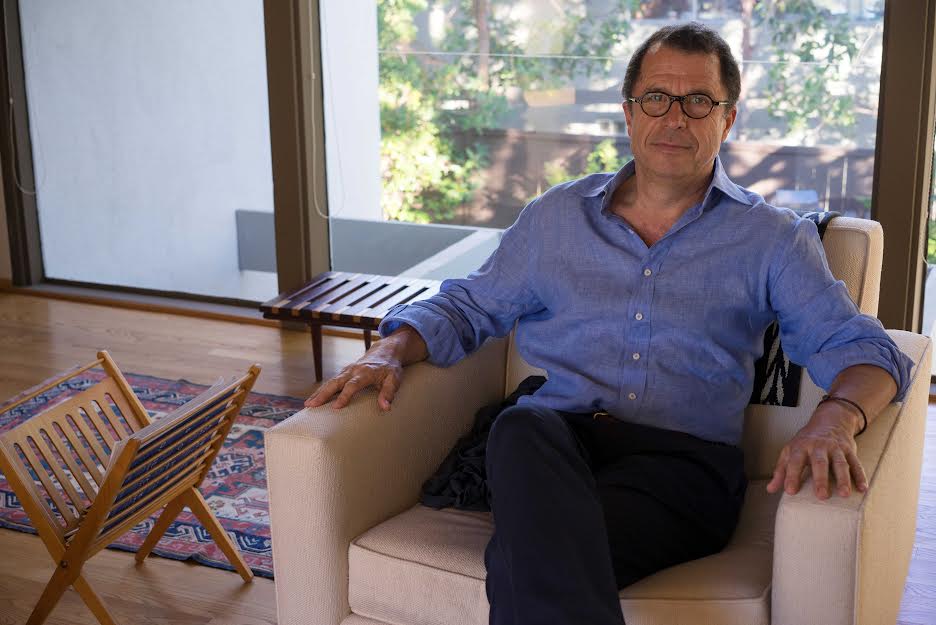 Shortly before traveling to Chile after two years of the last visit, which will allow him to vote in person in the general elections on Sunday, the Chilean-American economist Sebastián Edwards (Santiago de Chile, 68 years old) analyzes the political and economic panorama of his country. Henry Ford II Professor at the University of California (UCLA) and former advisor to former Governor Arnold Schwarzenegger, who was the World Bank’s chief economist for Latin America, talks to EL PAÍS by videoconference from his home in Los Angeles, where he ends a new book on the rise and fall of neoliberalism.

Question. How does this presidential and parliamentary election find the Chilean economy?

Answer. These are the most polarized elections since the return of democracy in 1990. Everything indicates that the second round will be contested by two radical forces. What most entangles the situation is that this happens in a context of enormous violence that has lasted for two years. If to this we add that there will be a new Constitution proposal in eight months, we have a quite explosive cocktail. The government of Sebastián Piñera has been unable to face the violent escalation and has not been able to position a reasonable account.

P. Congress has approved three withdrawals of 10% of pension savings and a fourth is under discussion. What impact has this political measure, so resisted by many economists, had?

R. The destruction of pension savings is a very bad public policy, a policy that condemns retirees to greater hardship. The question is, how did this situation come about? Due to the confluence of a myopic and stingy government in excess, which did not understand the urgencies of the pandemic, and a populist Parliament, concerned with flattering its voters in the short term and being reelected. The policy of successive withdrawals of pension funds has created instability, rise in interest rates, a fall in the stock market, uncertainty, and currency depreciation. In addition, it has contributed to a jump in inflation. In short, a disaster.

P. What role do the Pension Fund Administrators (AFP) play in the Chilean financial market? What could happen if they disappear or suffer a severe blow?

R. The AFPs manage individual and mandatory savings for old-age pensions. They are single-line entities, whose mandate is to maximize the return on those savings. They cannot, by law, consider other objectives such as green investments. Within their mandate, the AFPs have done a very good job. They have cared for and made savings grow significantly. But despite that, they have a very bad reputation. This is because the pensions generated by the system are very low.

P. And why are they low?

R. Because the contribution rate is only 10%, half that of the OECD, and half of Chileans contribute for less than 20 years. The OECD recommends 40-year careers. So it’s not surprising that, contributing half for only half the time, pensions are low. The AFPs should not disappear. The system must be reformed, with greater competition, allowing other actors to also manage these funds. And, of course, you must raise the contribution rate and make sure that the effective contributions last for more years. The serious thing would be for the system to be replaced by a pay-as-you-go system where active workers finance retired workers. Those systems are unviable in the 21st century for demographic reasons. The clearest example is Spain.

P. Chileans seem not used to inflation. How worrying do you find the current and projected rates, 6.5% at the end of 2021, according to the Central Bank?

R. A rebound in inflation is a disaster for Chile. The country has a unique system in the world, where a large number of contracts – rentals, schools, doctors, mortgages, consumer loans and others – are indexed to inflation. As soon as prices go up, all these prices go up, which affects the pocket of the workers. Also, some wages are indexed, but lagged. Therefore, jumps in inflation have two fatal effects: a fall in the real income of wage earners and the possible unleashing of an inflationary spiral.

P. Is it explained by internal or external factors?

R. External inflation explains less than half of what is observed. The rest is Homemade. This has been influenced by the strong increase in demand financed by pension withdrawals.

P. So far in 2021, the outflow of capital abroad by households and companies has been 10 billion dollars, an increase of six times compared to 2018 or 2019. How do you explain it?

R. Very simple: in the face of political instability and systematic violence – looting, fires, attacks, destruction of small premises – everyone wants to protect themselves and wants to protect their savings. Chileans have become quite financially sophisticated in recent times, and they know that faced with this situation of instability, the sensible thing to do is to diversify their portfolio internationally. Some call it capital flight, but I would call it “saver’s good sense”, that is, understanding that not all eggs should be put in the same basket. Without stability, capital outflows will not stop. The key question is what the hard left will do if elected. Will they impose some kind of capital controls?

See also  The Craigellachie Hotel, Speyside - review - Come for the whiskey, stay for the roaring fires and pub grub - Scotland on Sunday Travel

P. What do you think?

P. Different economic groups with a presence in Chile distribute extraordinary profits, encouraged by uncertainty and high liquidity. What is the sign?

R. It is the corporate reflection of the previous phenomenon. Chile ceased to be the flagship country that was closer to the countries of southern Europe than to Latin America. Faced with this scenario, the rational thing, the fiduciary obligation of companies towards their shareholders, is to protect themselves. Paying out high dividends is one way to protect yourself.

P. How do you observe the measures of the candidate of the left, Gabriel Boric, in the economic plane?

P. And what is your opinion of the economic proposals of José Antonio Kast, the hard-right candidate, another of the poll favorites?

R. They are policies based on an illusion, on the call Laffer curve. They believe that a tax cut would generate such boom that tax collection would increase. The historical and empirical evidence that refutes this phenomenon is massive. The reality is not like that. Kast’s advisers are other nostalgic ones.

P. The Chilean economy has been one of the most stable in the region in the last three decades. Will it stop being so?

R. Yes. Chile has already been surpassed by Panama; Chile has been a country in decline for about ten years. It would not surprise me if in one generation Chile was back to its origins, in the middle of the standings, between Costa Rica and Ecuador. They are two lovely countries, but they are not economically or socially successful.

P. You have said that Chile runs the risk of following in the footsteps of Peru. What do you mean?

R. There I refer to the political issue. A fragmented system, with a Parliament out of control and semi paralyzed. A bad prognosis.

P. Will Chile continue to be a country that provides confidence and guarantees to foreign investors?

R. There the big issue is the Constitutional Convention and its re-founding efforts. My recommendation to international companies is that hold your horses [traducción de hold your horses, un dicho popular anglosajón]: do not invest a single euro until the political situation is clarified. And by that I am not referring to the presidential elections, but to the Constituent Convention. The convention is dominated by radicals and activists with narrow views and a lack of historical perspective. Its intellectual leaders endorse violence as a way of doing politics.

P. What profound changes in the economic area could the constituent convention decide? Do you find any of them particularly delicate?

R. Politically, there seems to be a desire to implement some variant of the parliamentary system –pure parliamentarism or semi-parliamentarism as in France–, which augurs much instability for a country like Chile, full of small parties and factions and small groups. It is also possible that the new Constitution ensures social rights that it will not be possible to finance. Another possibility is that it undermines property rights. All of this drives away investment. But perhaps the most serious thing is that the new Constitution can generate overflowing expectations, which will not be able to be fulfilled. This can result in new rounds of violence and instability, which will inevitably send the country down.

R. I am pessimistic.

Subscribe here to the newsletter from EL PAÍS América and receive all the informative keys of the current situation of the region.